Is this the most we've known heading into a new season?

Destiny 2's Beyond Light expansion launched at a similar time to the Season of the Hunt.

While hunting Wrathborn has been fun, and it's been nice to get acquainted with Uldren Sov... err... we mean, Crow, it's hard not to start looking to the future – especially since we've now slain the High Celebrant.

Here's everything we know about the next content drop coming, including when the new season starts and what to expect.

That means you've got just under a month to grind the last few sections of your Season Pass!

While Season of the Hunt has tasked us with killing the High Celebrant, we're still none closer to slaying Xivu Arath – the Hive God of War.

Her "fang" is even our Seasonal Artefact, so could Season 13 start drawing her nearer?

She is, after all, Savathun's sister, and with Savathun the focus of the upcoming Witch Queen expansion in 2021, could an encounter with Xivu Arath be on the cards to set the conflict in motion?

A leaked cutscene image even suggests that Zavala will turn to the remaining Red Legion to offer a truce and a potential alliance. 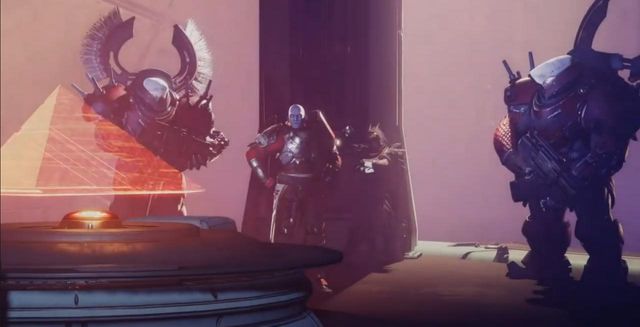 Looks as though Zavala and Osiris are making friends

After Beyond Light gutted the number of available Strikes, Season 13 is when we'll get two more added – Fallen SABER and Devil's Lair in the Cosmodrome.

Yes, they're Destiny 1 Strikes, but they're also something a little bit different to the same rotations we've been doing (The Glassway Nightfall is not fun, and you can't convince me otherwise).

Their arrival could see more Cosmodrome areas added, which is nice, if a little unexciting for longtime fans.

It looks as though the Moon will get more challenging Lost Sectors in Season 13 (a la Europa).

We know that we won't be getting The Vault of Glass in Season 13, nor will we get Crossplay (although both are slated for pre-Witch Queen).

Transmog (i.e the ability to make armour look like other armour), is coming with Season 14.

If you've got the deluxe version of Beyond Light, then you'll have access to all seasons heading into Witch Queen – that's seasons 13, 14 and 15.

If not, you can buy Season Passes with Silver. It works out at around £10, but plenty of content (such as the revamped strikes) will be free for all players.

Destiny's Season Passes come in premium and free versions, but both will award players armour, engrams, materials and reputation boosters – but you'll get more in the premium track.

Each season pass since their inception has added a new exotic, so expect at least one shiny new weapon to appear as part of Season 13.

Bungie is also adding six new weapons that will be added to the loot pool for Gambit, Strikes, and Crucible – with two appearing in each.

Nightfalls are also getting some new loot, with The Swarm, The Palindrome, and Shadow Price returning from Destiny 1 as part of Nightfall Ordeals.

Oh, and the likes of Whisper of the Worm, Outbreak Perfected, and Felwinter's Lie are being added to the Exotic Kiosk in the Tower.

Bungie has also confirmed that loot from Dreaming City and the Moon will be tweaked to offer viable rewards.

Unfortunately, 21 weapons will be sunset (thanks, GamesRadar):

We don't have a trailer yet, but as soon as we do, you'll find it here.