However, Modern Warfare may still have a few tricks up its sleeve yet as more and more files are being discovered.

Black Ops Cold War's Season 1 arrival was no doubt a big milestone for the franchise as it was the first crossover for Warzone and the brand new game.

But has Modern Warfare been left out? The game still offers Battle Pass progression with the latest universal Battle Pass, all be it that none of the items is usable in the multiplayer portion of the game.

So what is happening in multiplayer? The game could still get a significant amount of content going forward.

It's led players to believe a seventh season could be on the cards as game files suggest more is still to come or is it being held back for Modern Warfare 2?

Here's everything we know about Season 7 of Modern Warfare.

How To Unlock The CX-9 And Sykov - 28th December

The rumoured new weapons will be available to unlock in Modern Warfare.

The challenges are unlocking these weapons are as follows:

Get four Kills while using Pistols in five different matches

A new set of leaked weapons have been confirmed to be part of the Modern Warfare universe and not the Black Ops Cold War universe. 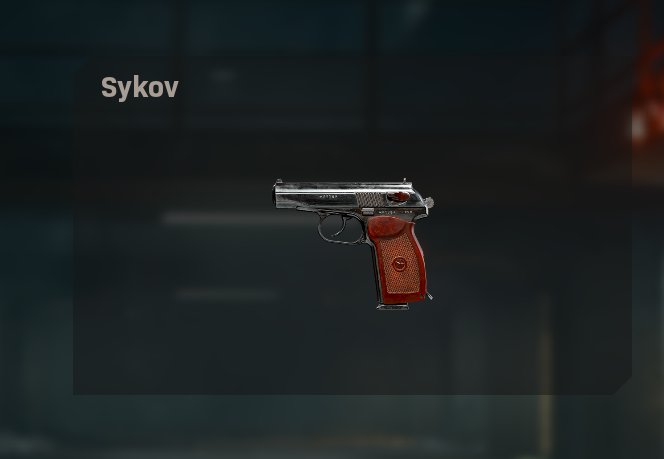 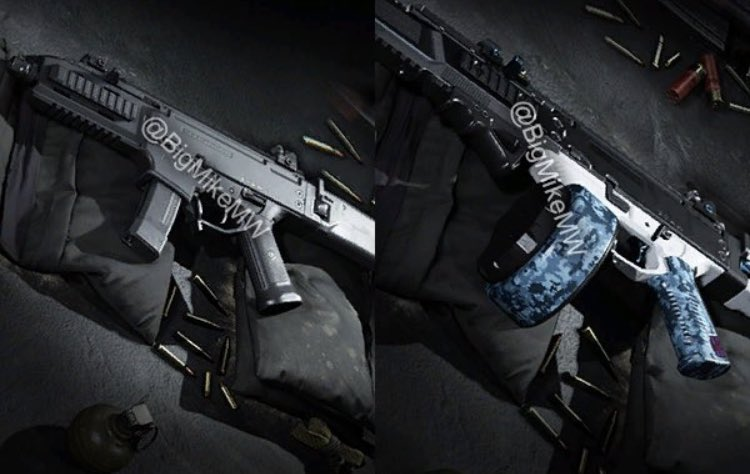 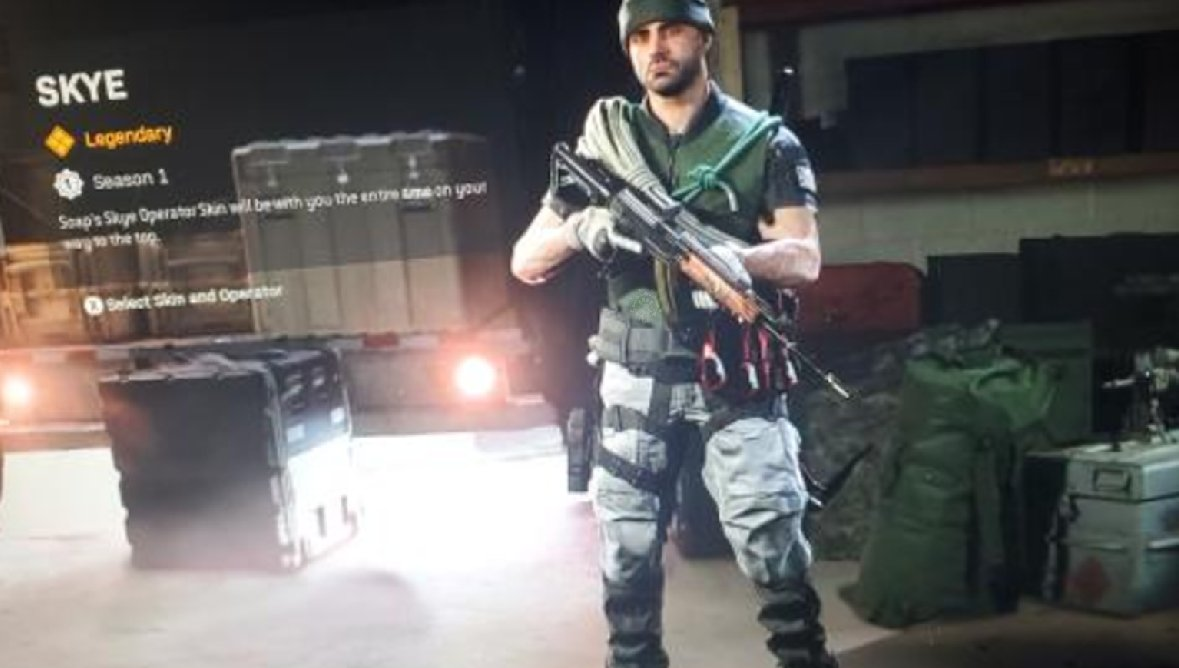 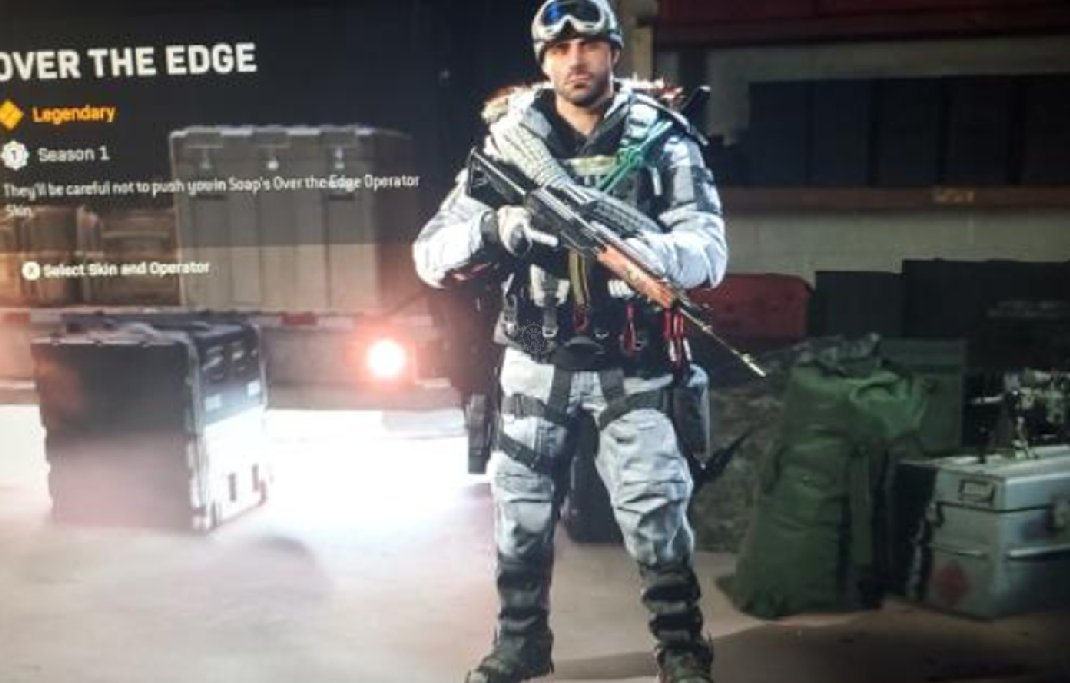 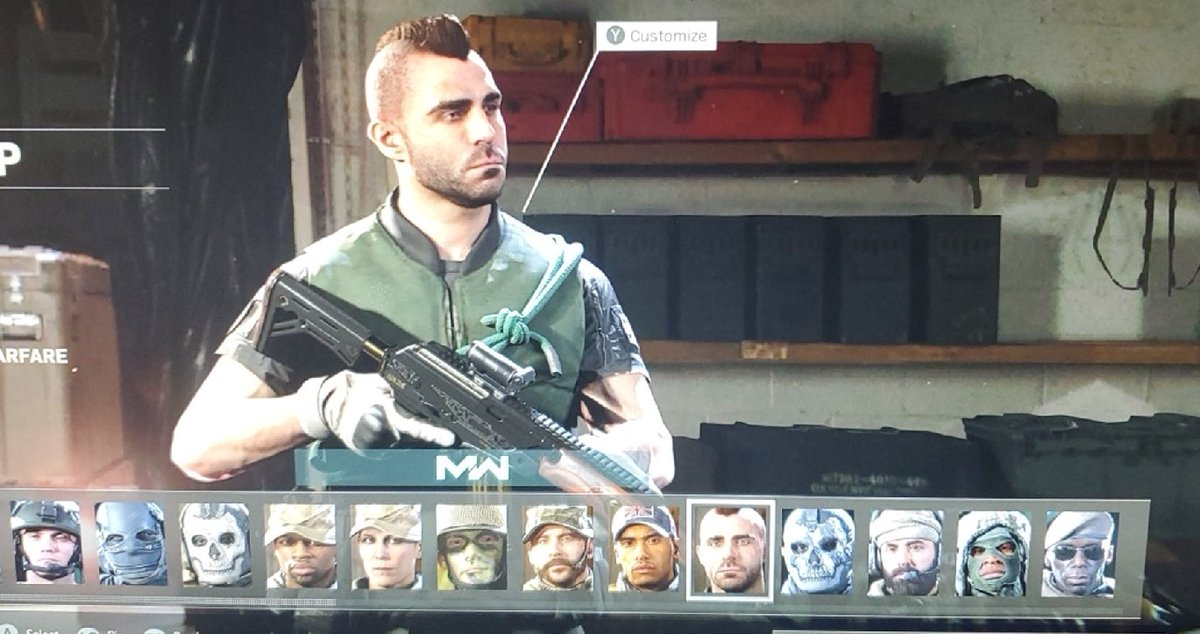 Soap is coming as an Operator!

The footage was uploaded of the new Operator thanks to @BKT00R, but it has since been deleted. 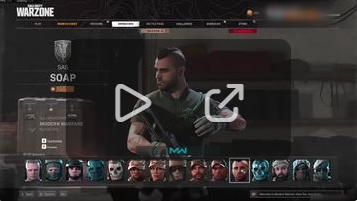 As well as this, an image of his finishing move was posted by @Name__Iess. 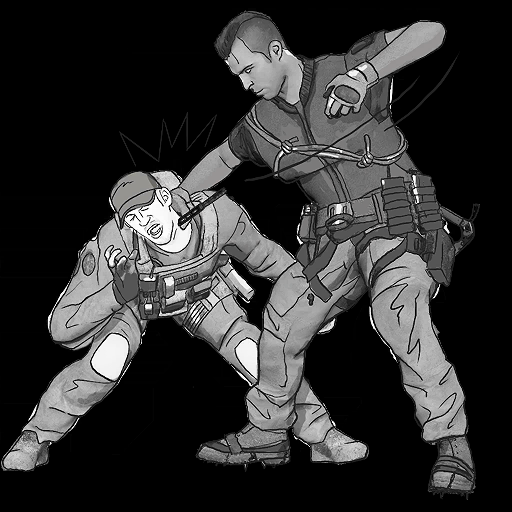 Two new maps have supposedly been leaked thanks to @Name__Iess called Al-Raab Airbase and Drainage. 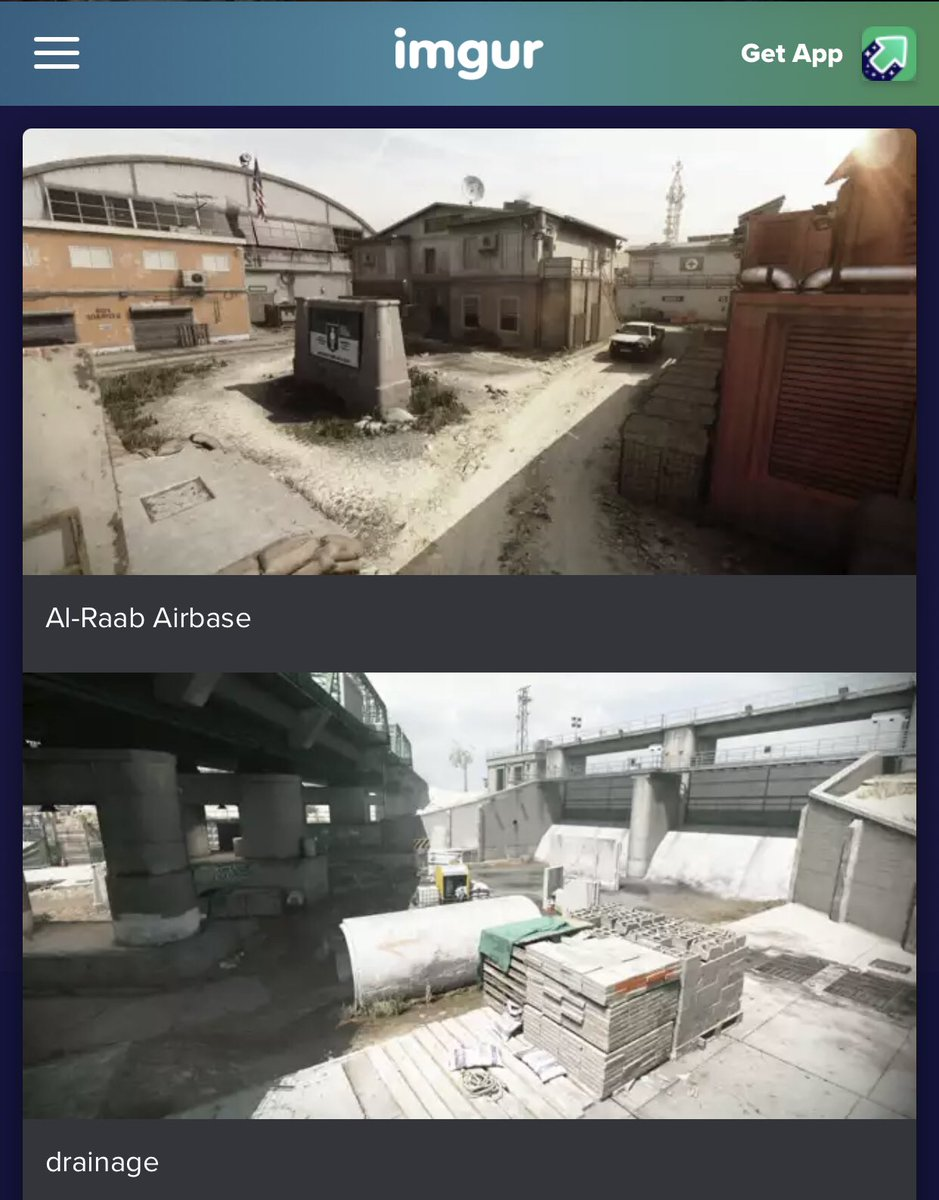 Infinity Ward has pushed a new set of patch notes tonight as well.

@Name_less has claimed that the new Operator for Modern Warfare Season 7 is Soap MacTavish.

He's linked to 22 minutes of voice lines, but the quality sounds a bit poor to be official lines.

Either way, it's our first bit of information on Season 7 content for quite sometime.

An Infinity Ward dev has confirmed in a tweet that new content is coming but the name of it is unknown.

But the progression system is scheduled to update with Season 1 of Black Ops Cold War on the 10th December.

@ModernWarzone is very confident a Season 7 is coming to Modern Warfare.

On the 24th November, Nuketown 1984 is coming to Black Ops Cold War in a free content update.

The battle pass is expected to end on the 23rd November - meaning these two events happen almost simultaneously.

So while Cold War players get a small and frantic map in Nuketown, will Modern Warfare players get Killhouse?

Leaks emerged that the classic COD4 map had been found in the game files.

Season 1 of Black Ops Cold War is due to start on the 10th December...so will the new Modern Warfare season be delayed? Or will it get its own season?

@ModernWarzone appears to believe that there is enough content for a significant content update - but he's unsure if it will be labelled Season 7.

He confirms that new weapons and maps have been discovered.

Recently, they confirmed that Soap will be coming too as a new Operator. Soap was notably absent from the entire game but was mentioned at the end of the campaign.

Two new weapons are set to arrive, the Scorpion from Black Ops 2 and an unknown LMG. The Scorpion has also recently been rumoured to be a post-launch weapon in Black Ops Cold War.

ACrysos on Twitter tweeted out a photo of one of the in-game screens that appeared when they received some COD Points.

This may have alluded to Season 7 being released for Modern Warfare or the Black Ops Cold War battle pass will be called Season 7, as it notes:

"You have progressed enough in Season 6 than if you purchase the Season 6 Battle Pass you will have earned enough COD Points to buy Season 7 at 50% discount!" 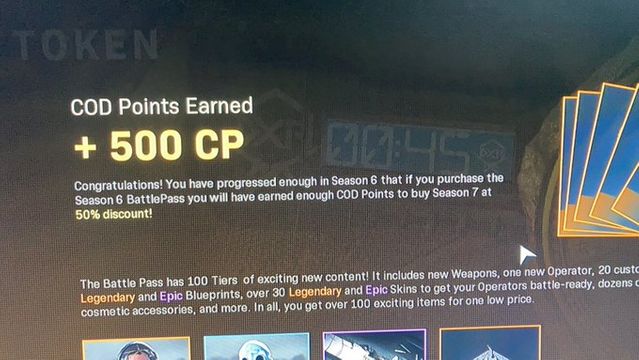 @ModernWarzone has seemingly confirmed that Season 6 is the final season of the Modern Warfare era.

There are, admittedly, files that reference a seventh season but none have been updated for some time.

He believes that Moderrn Warfare will continue to be updated and supported, but the updates will no longer be seasonal.

Instead, Infinity Ward will implement smaller free content drops; but this isn't confirmed.

When Will Season 7 of Modern Warfare Start?

With the Battle Pass now finished, it doesn't look like a seventh season is coming.

But, there is more content coming and the progression system will update on the 10th December as Season 1 begins in Black Ops Cold War and Warzone.

With the situation in Verdansk looking bleak, drastic action was needed to resolve the situation. Task Force 141 was sent in under the leadership of Captain Price.

Nikolai and Farah are sent in to help Price cool the war erupting in Verdansk and stopping Zakhaev from transporting nuclear weapons via the subway.

It appears that Killhouse has been found in the game files for Modern Warfare.

With a very similar setting and aesthetic to the Gunfight map 'King', we may finally see this map added to multiplayer.

If there is a seventh season around the corner, this would be a nice addition to those that love playing Modern Warfare still and will help break up the monotony of Shipment and Shoot House.

@TheGhosofMW2 has also claimed that a new map called 'Airbase' is coming.

Allegedly there were 60 maps in the works for Modern Warfare at one point, but whether they will make it to the final game is unknown.

@ModernWarzone has theorised that some of the maps are being saved for the sequel. Despite reporting High Rise arriving in-game, nothing has been heard since.

But he believes that Broadcast is the next multiplayer map.

Two new weapons could be coming to Modern Warfare in the near future - an SMG and LMG.

The SMG is believed to be the Scorpion from Black Ops 2. A high rate of fire SMG that packed a serious punch but became increasingly difficult to control at range.

Codenamed 'SM_SECHO', this 9mm Parabellum weapon resembles the Scorpion EVO we all know and love.

Meanwhile, the LMG is codenamed 'WEAPON/LM_SLIMA, a 5.56 NATO round weapon.

Read More: Modern Warfare And Warzone Season 6: How To Unlock The SP-R208 And AS VAL 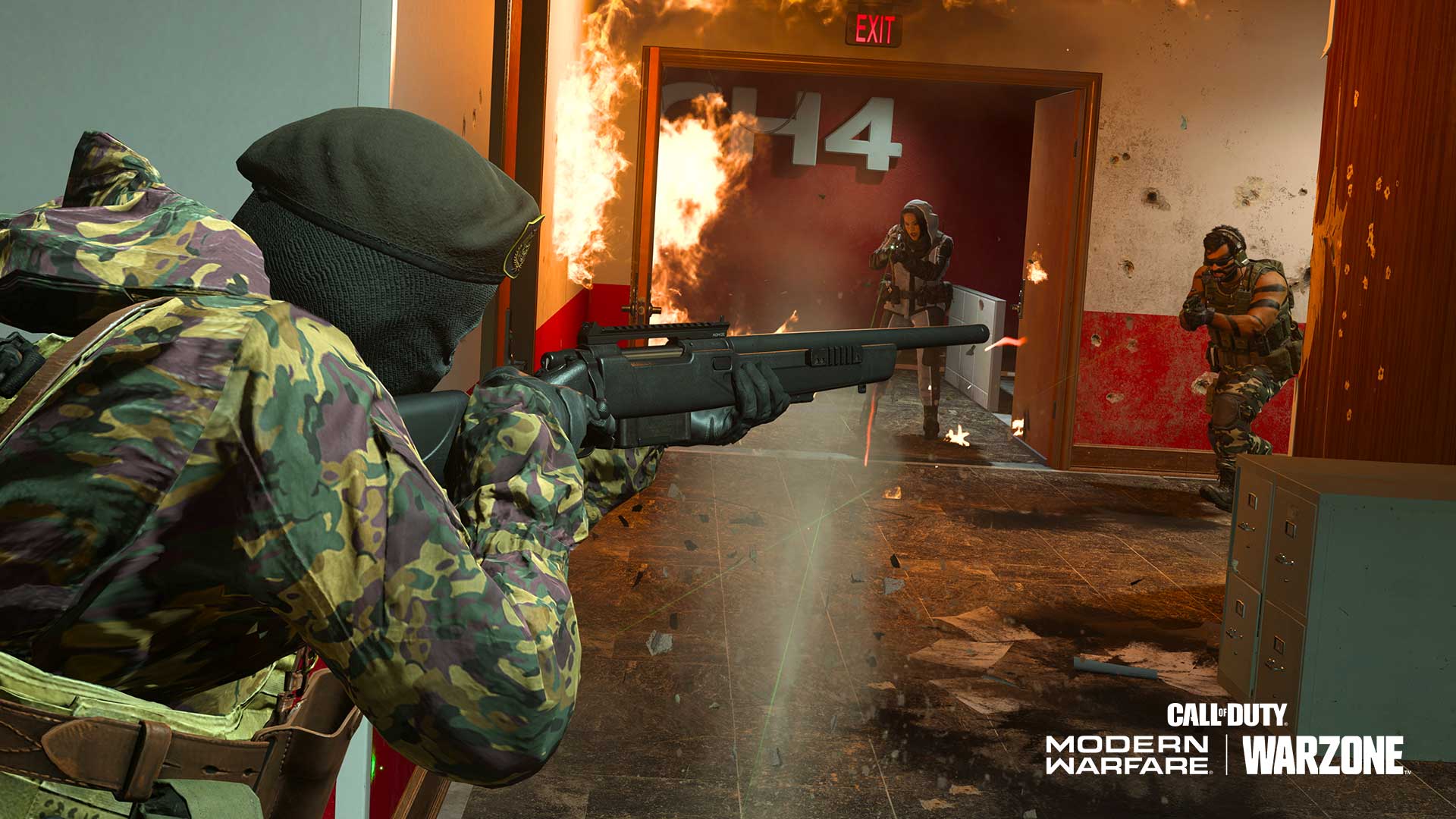 The m200 is the CheyTac Intervention, meaning it could arrive in the next season.

@ModerWarzone also chimed in saying that the Spas-12 was found in the game files back in February.

We've certainly had plenty of that during the duration of Warzone and it wouldn't be surprising to see more come our way.

It's easy to assume these areas will be unlocked as time goes on and particularly when Season 6 launches.

With confirmation that a Subway is being implemented into Warzone, we're assuming that these classified areas are the Metro station entrances and link up the bunkers.

Players could be forgiven for not noticing certain changes to the new main menu in Modern Warfare and Warzone, that showcases Chernobyl and Pripyat.

In Season 3, the menus showed the Dam overflowing and starting to release water. The current dam in Warzone is frozen and no water is really on the map at all right now.

There were also suspicious howling noises, a mystery that has still yet to be solved.

Strangely, these highlighted areas and points have been completely forgotten about nothing has really arrived from it.

We're currently turning our attention to Black Ops Cold War, which is being revealed in Warzone. New buildings, bunkers and other easter eggs are being discovered that could potentially transform the map.

We know that Warzone will evolve with the new Call of Duty and perhaps once the new game has been officially revealed, we will start to see the map slowly evolve as we get closer to launch.

If you managed to grind your way through the battle pass for Season 6, you should have earnt enough points to buy the Season 7 pass for free.

We should see Soap MacTavish added as an Operator if new Operators are to be added in the game.

Check out our Season 7 guides here: