After initially being set for a launch on the 10th, the debut season was been delayed until the 16th December!

That obviously set back the start of Season 2 but has given Treyarch more time to prepare for the new season.

While we're expecting a lot of the usual content (new weapons, maps and modes) we're also expecting a new Zombies map, which was not included in Season 1.

So what's in store for you? Here's everything we know.

Click the links below to read more about Season 2:

TheMW2Ghost on Twitter has noted that there are plans for eight more remakes of classic Call of Duty maps!

Just been told that there is “about 8 more remakes” planned for after Express.

So at least one, sometimes 2 each season, every season.

Could There Be Operator Clues For Season 2 - 11th January

@EricMaynardII has pointed out that clues regarding Season 1 Operator Stich were found in the original maps before his release.

Could this be the same with Season 2?

Tom Henderson, a renowned Call of Duty leaker has noted that we might see a new sniper and LMG with the release of Season 2!

It's also believed that a new Sniper will feature in the next update - plenty speculating that it is indeed the Dragunov.

Two new Executions have been revealed by dataminers that may arrive in Season 2.

A small glitch has occurred that has forced Richtofen to appear on the screen.

Could he return to the Zombies mode? This was discovered a long time ago and nothing has been said or done about it since. 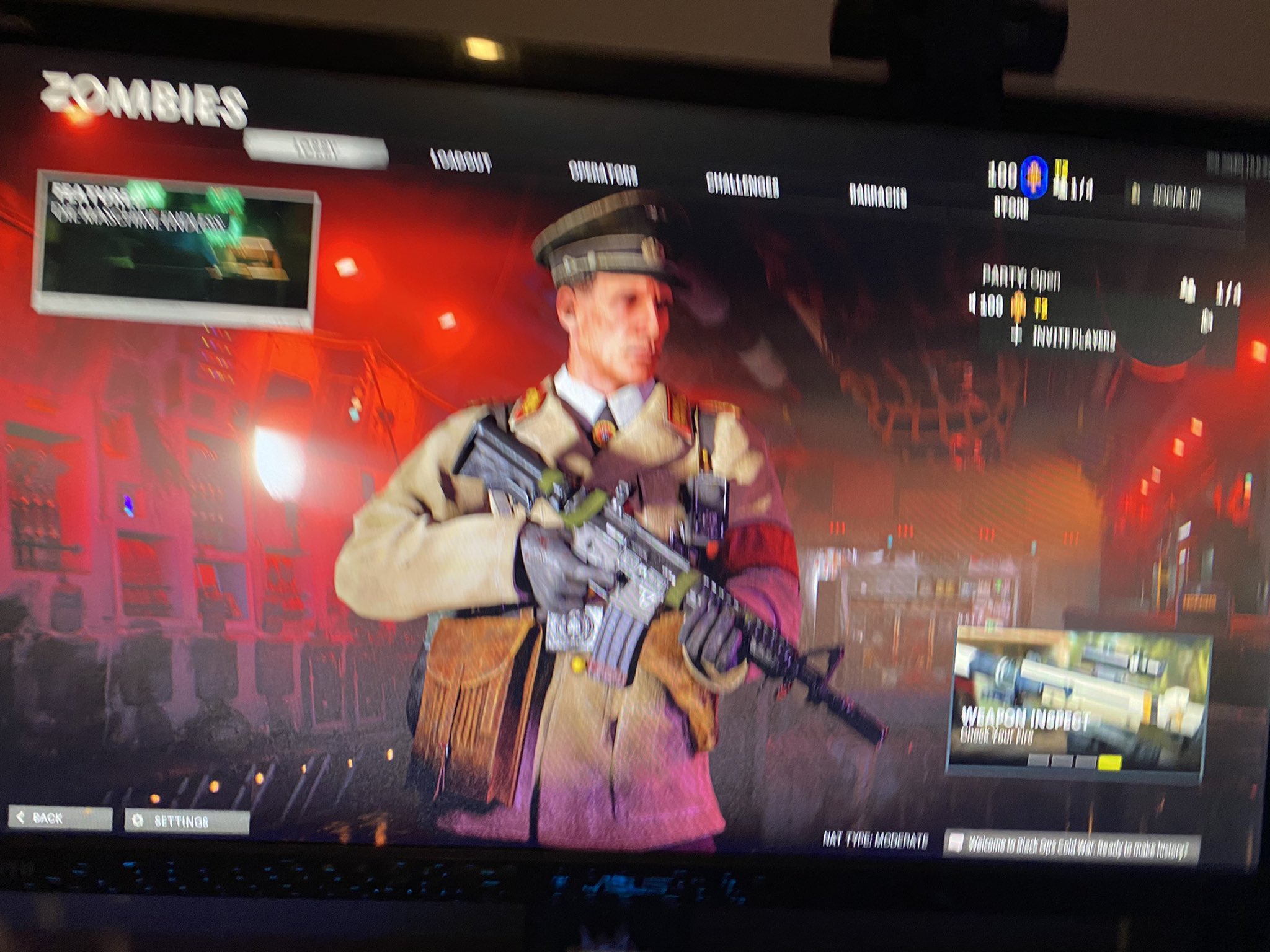 Season 2 will begin on the 24th February 2020, as this is when the Battle Pass is set to expire.

When a Battle Pass expires, usually the next season begins straight after.

In the past, seasons have been extended to accommodate delays and change of plans, such as Season 2 of Modern Warfare, which was delayed by roughly a month.

The new season should begin at the following times:

A trailer is usually released a week before the season update arrives.

A trap has been set. A CIA safehouse has been hit. And an old enemy returns to get his revenge.

After storming an experimental Nova 6 production site on Rebirth Island, Russel Adler has made a powerful enemy in Vikhor "Stitch" Kuzmin, the ex-KGB leader of the Nova 6 program. And Stitch is looking to settle the score.

Now, Adler and his CIA strike team find themselves trapped, and surrounded by enough Nova 6 nerve gas to throw the world off its axis.

It's unknown how the next phase of the story will unfold as Rebirth Island was at the heart of most of the agro.

We expect the story with Adler's team will continue to unfold.

Could we be moving to a new map?

This update should involve the following changes:

With a fair amount of content still to arrive in Season 1, the next season will feature a similar road map.

However, we're expecting there to be no new Warzone map and likely replaced with a Zombies map. 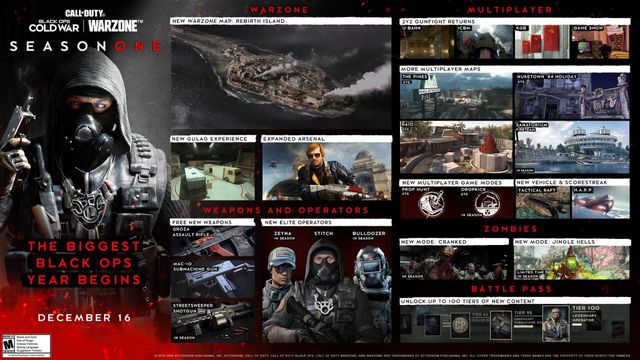 All new DLC content will be free to players on all platforms.

However, if you wish to buy the battle pass, it will likely cost 1000 COD Points.

As was the theme last year, we're expecting a variety of new content throughout the season.

In the roadmap it has been confirmed that the following will be added:

The most important feature is the Battle Pass. This will give players access to new cosmetics to sport in the game for your guns, Operators, vehicles and much more.

With each new season, a patch also drops that massively tinkers with the gameplay as a whole. You can expect weapon adjustments and bug fixes to improve the quality of life.

A new vehicle will also be added called the 'Tactical Raft'.

The Skorpion is rumoured to be one of the new weapons arriving in Black Ops Cold War.

@BigMikeMW recently posted this image of the Skorpion. 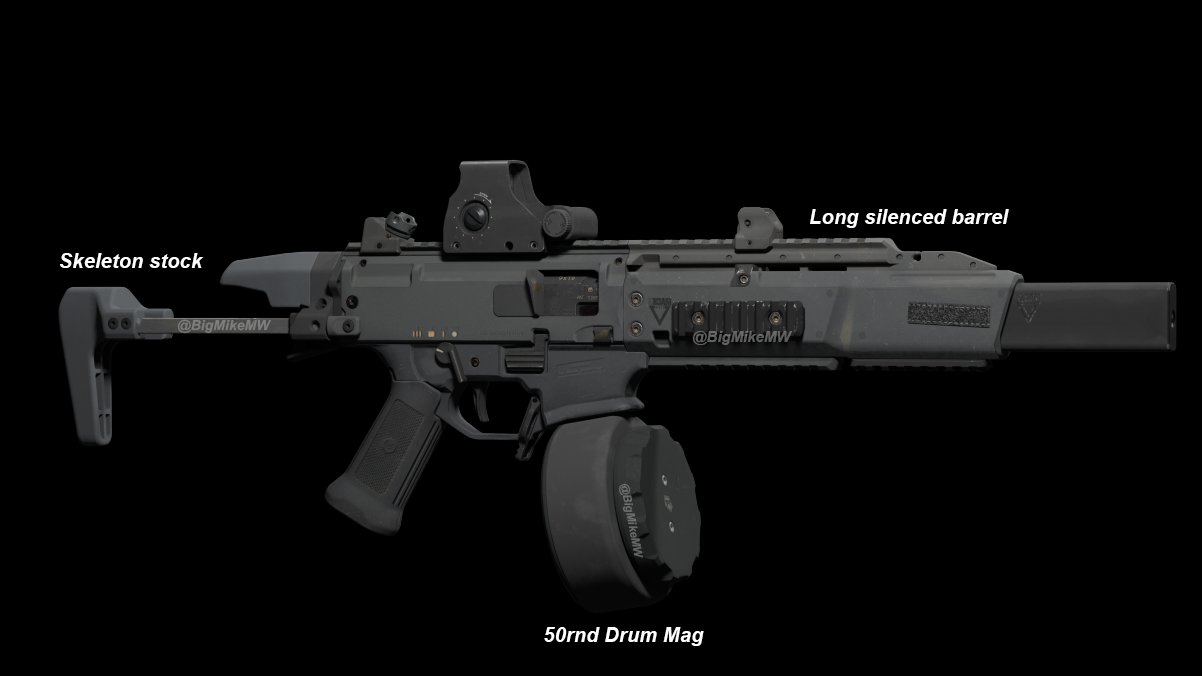 Tom Henderson, a renowned Call of Duty leaker has noted that we might see a new sniper and LMG with the release of Season 2!

It's also believed that a new Sniper will feature in the next update - plenty speculating that it is indeed the Dragunov.

Recently, @BKT00R has released images of the Tec-9 (which looks very similar to the Grease Gun, which was rumoured before launch). 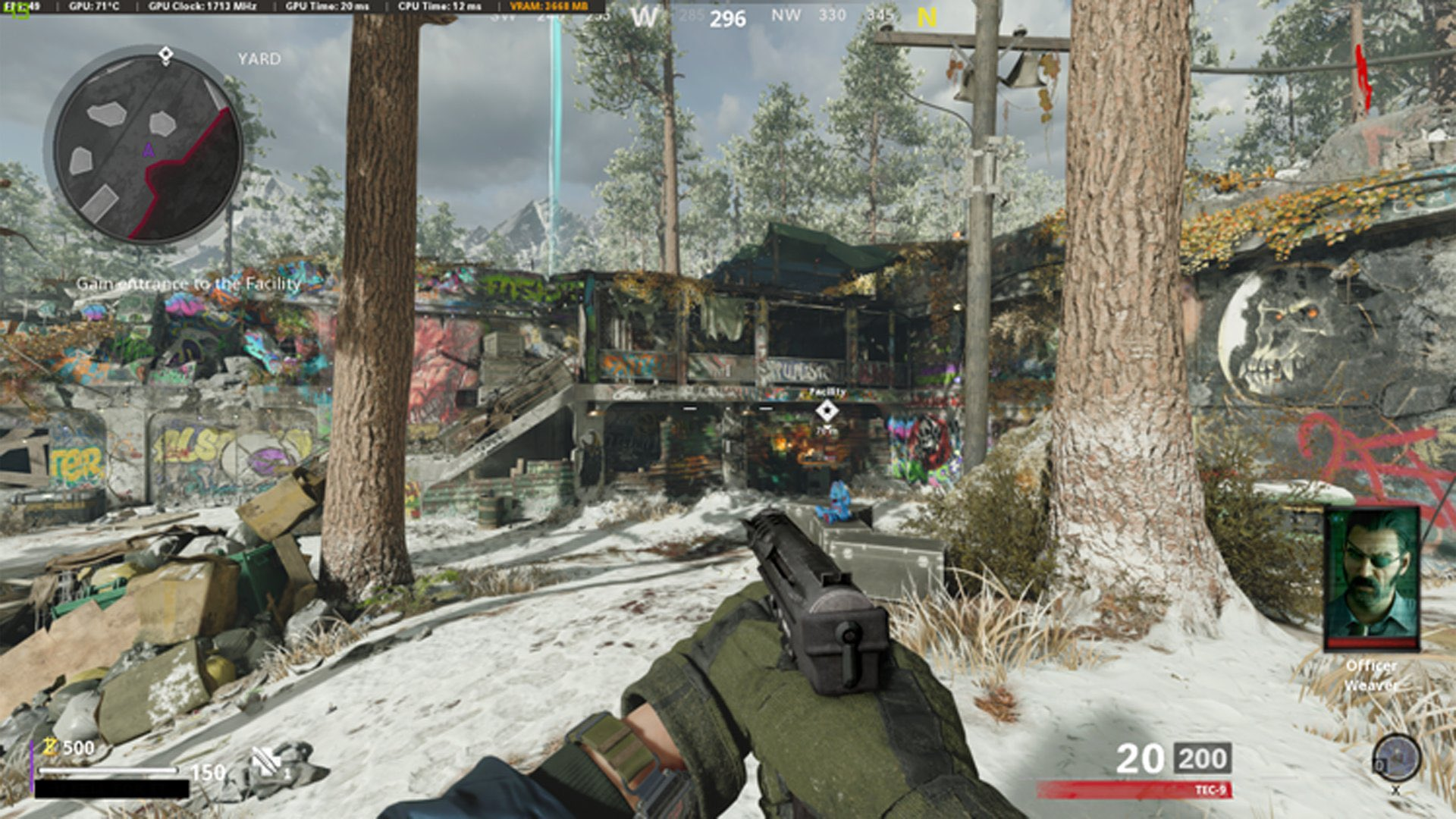 According to @TheGhostOfMW2, the following weapons will arrive post-launch:

@Declassified shared iamges of 'Apocalypse' believed to be a Season 2 map.

These images were posted before Season 1, but it seems Treyarch has held off its release for a later date. 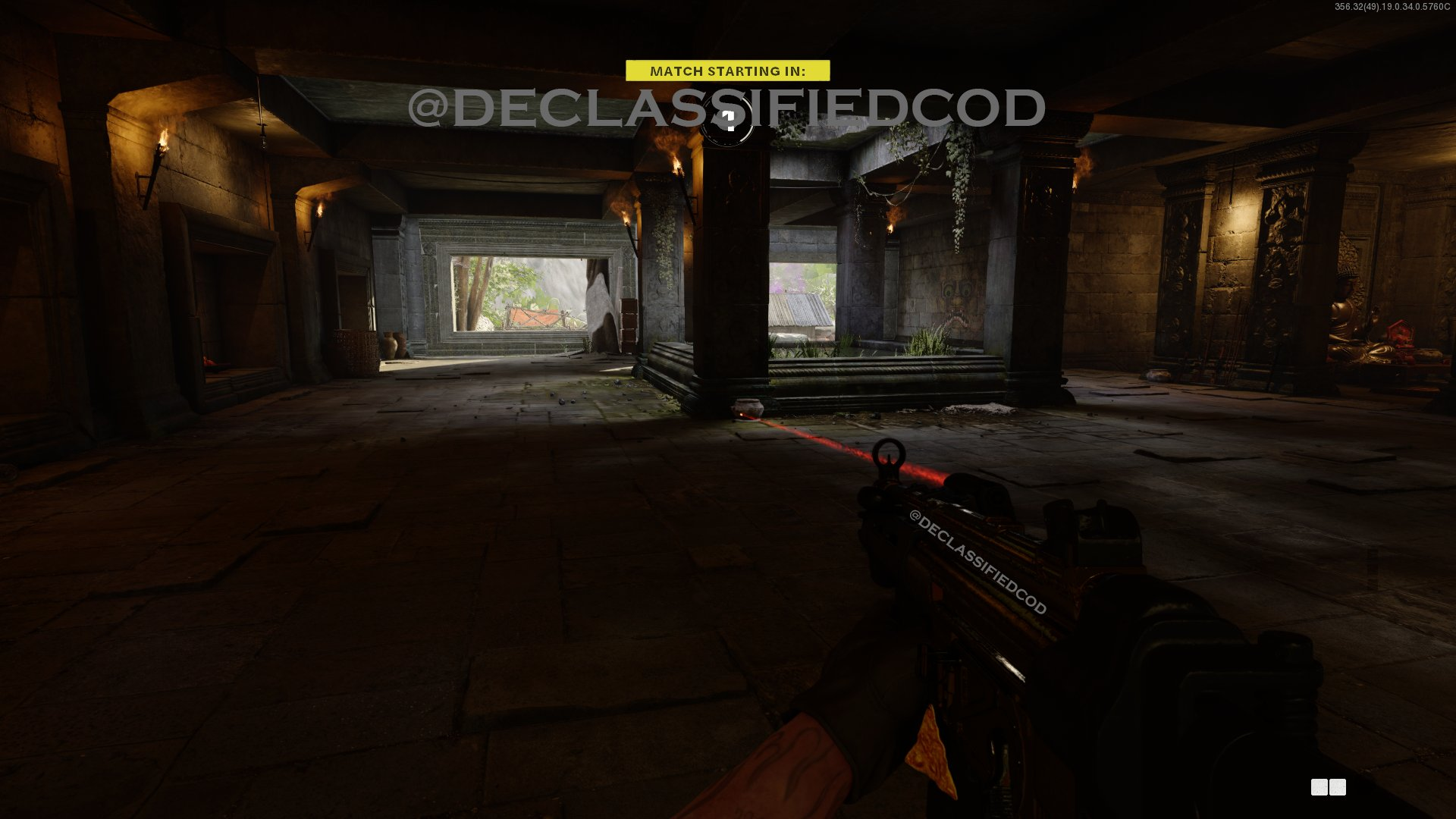 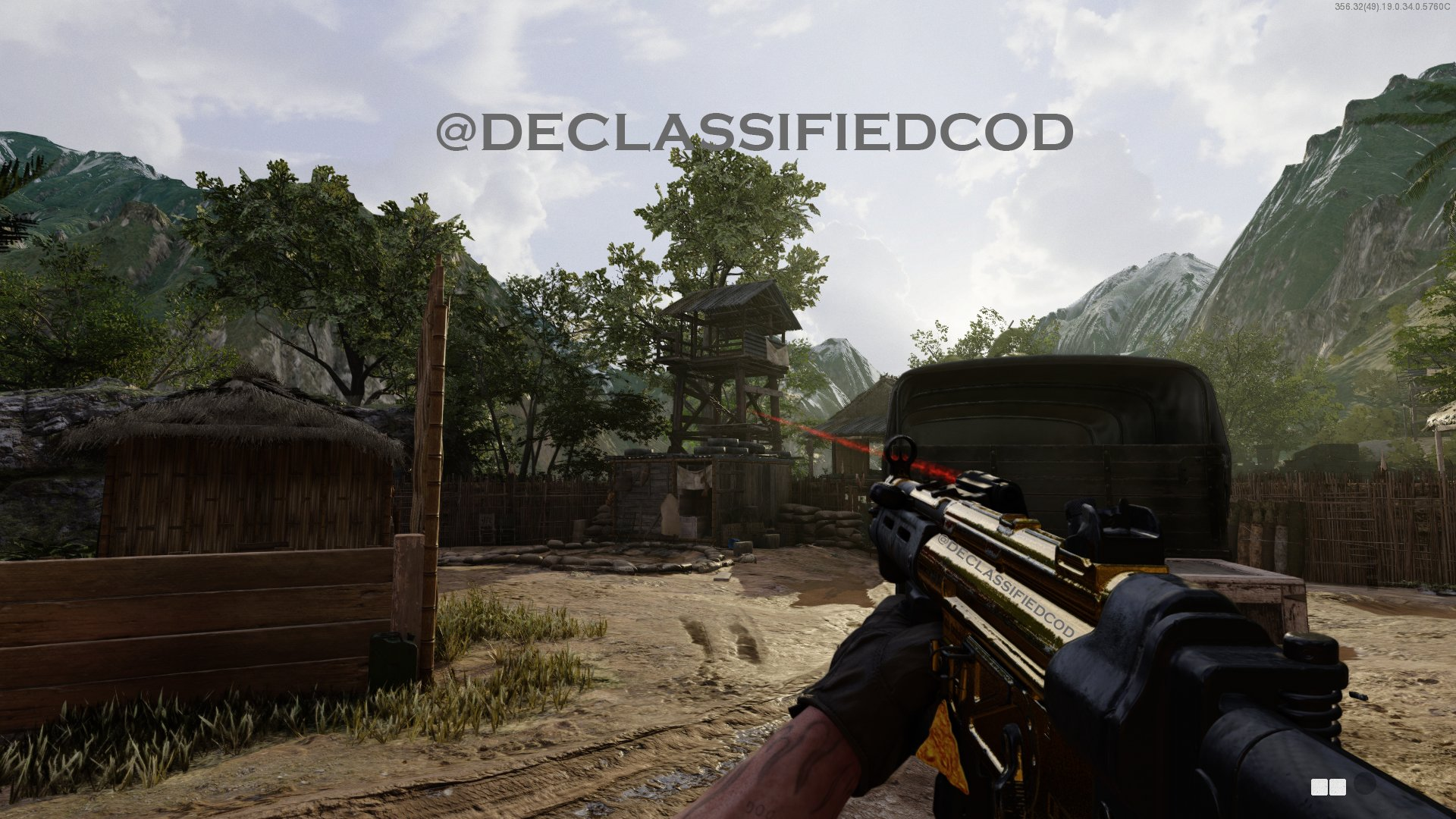 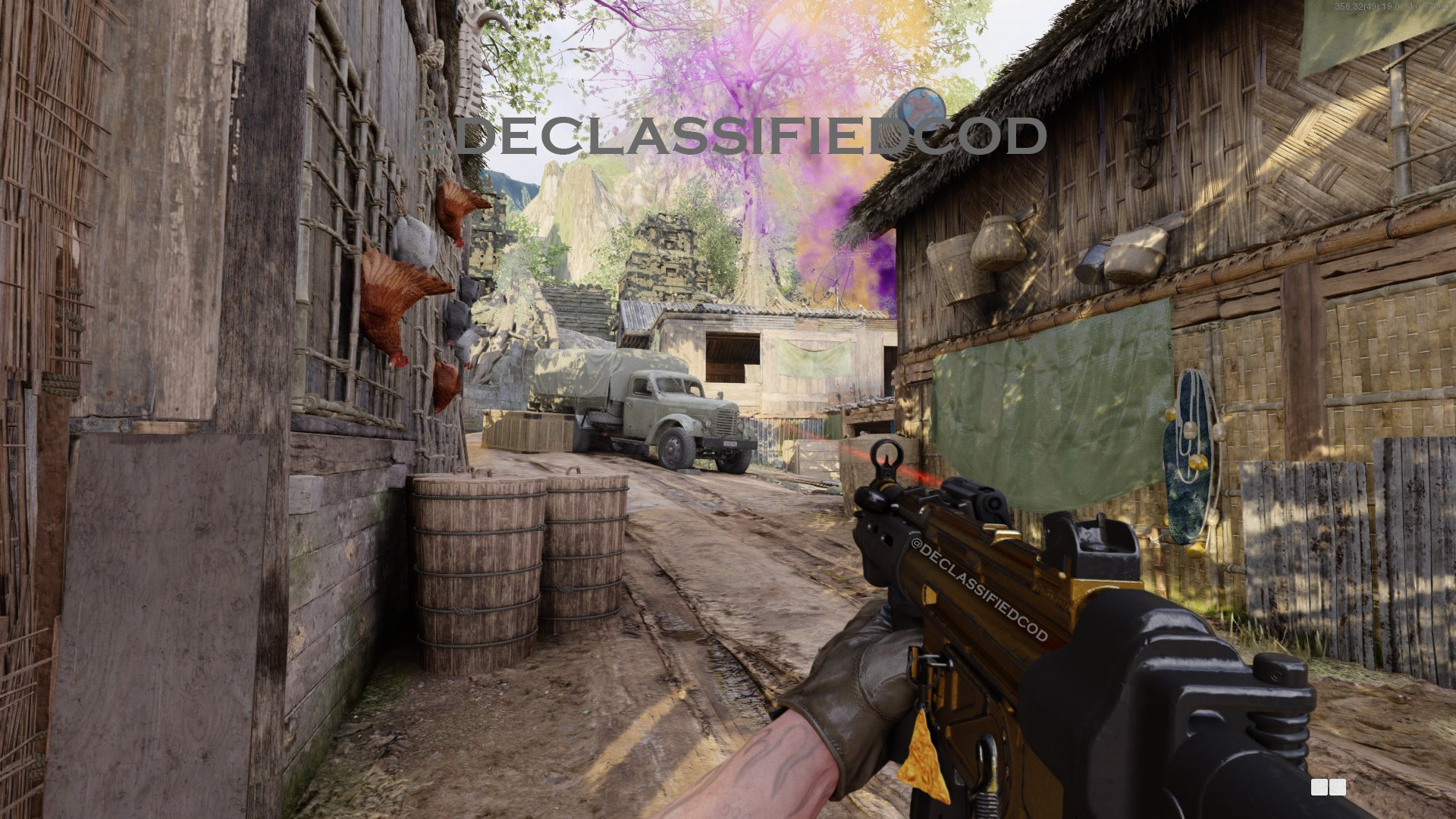 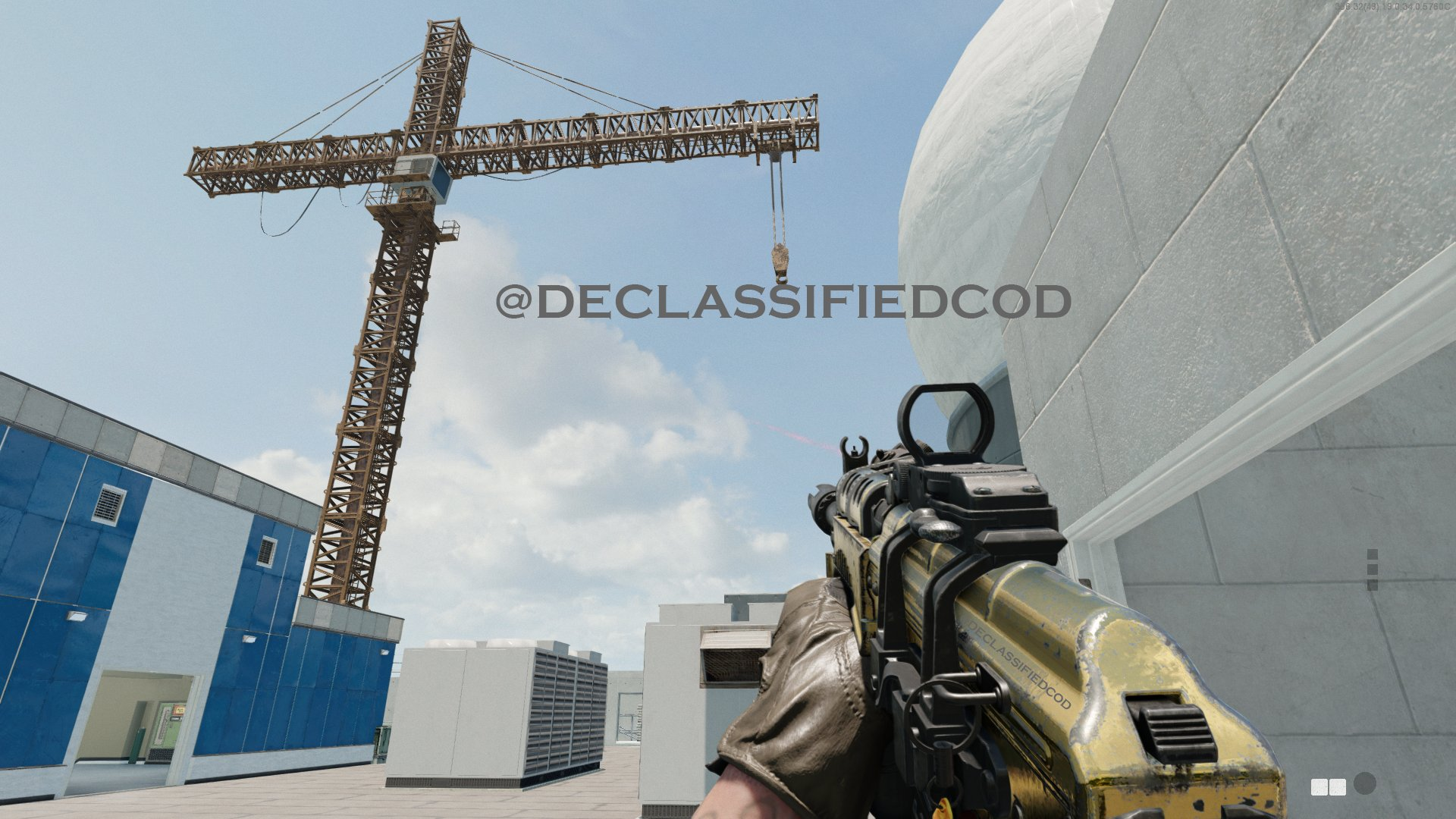 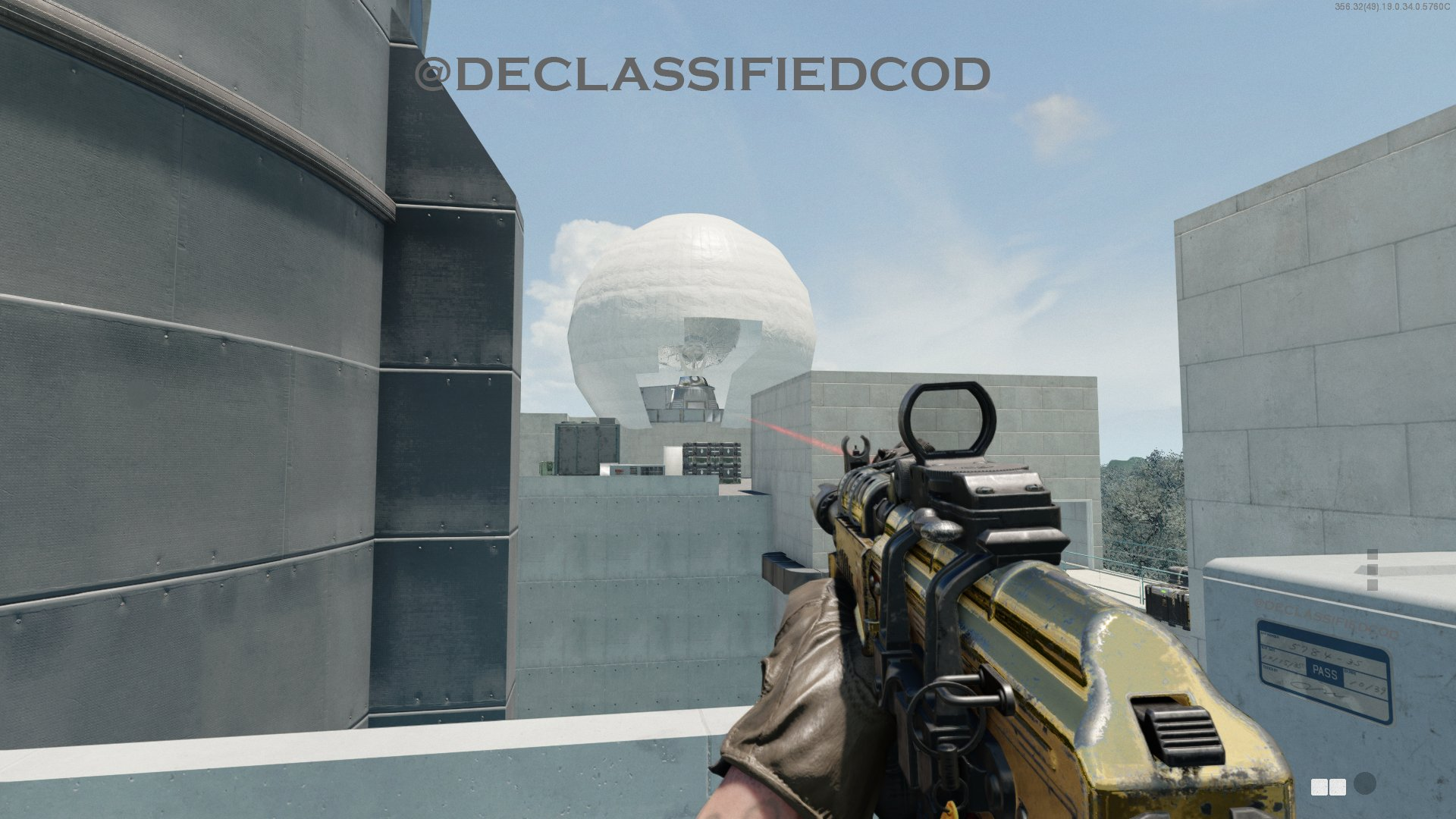 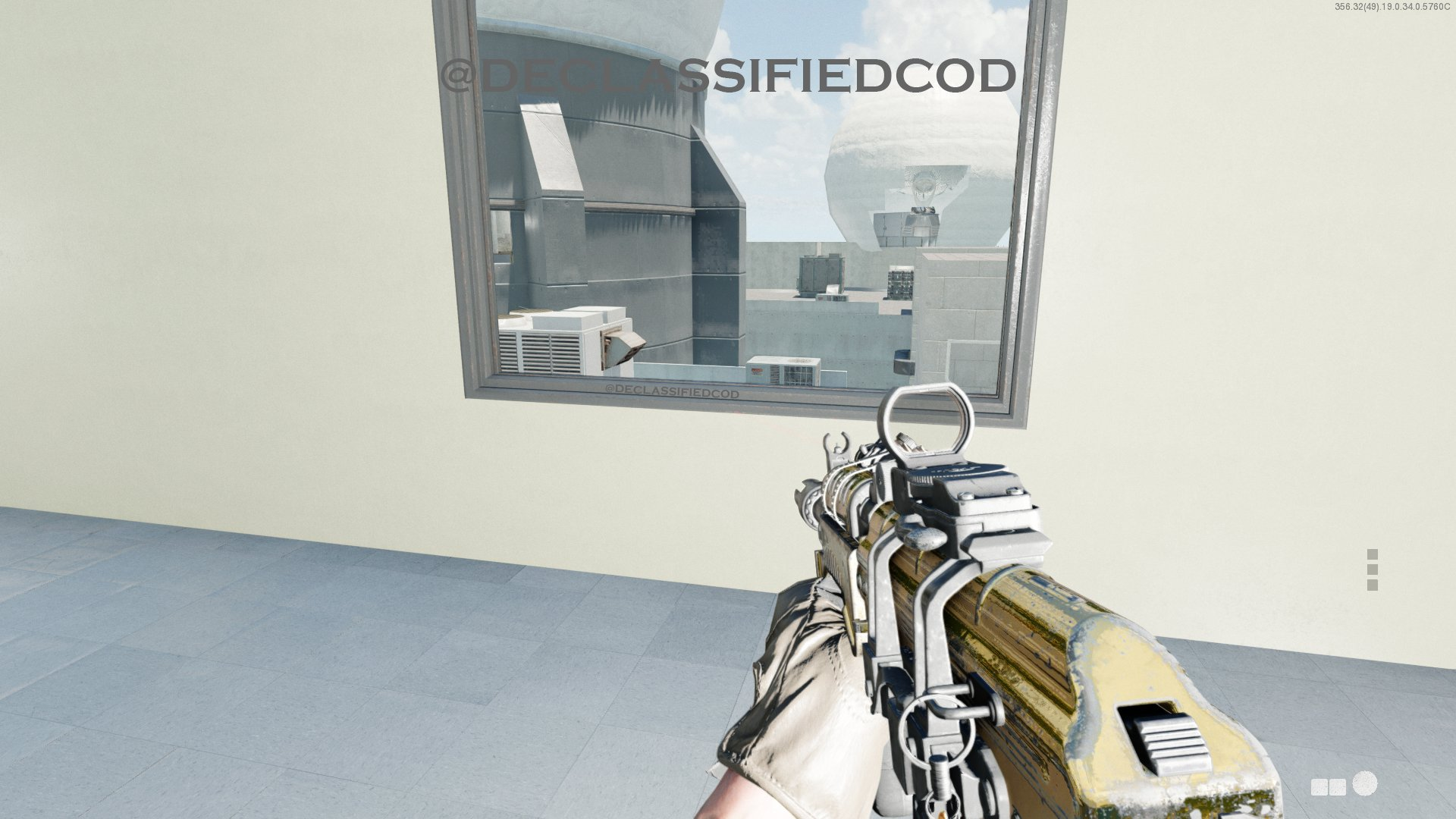 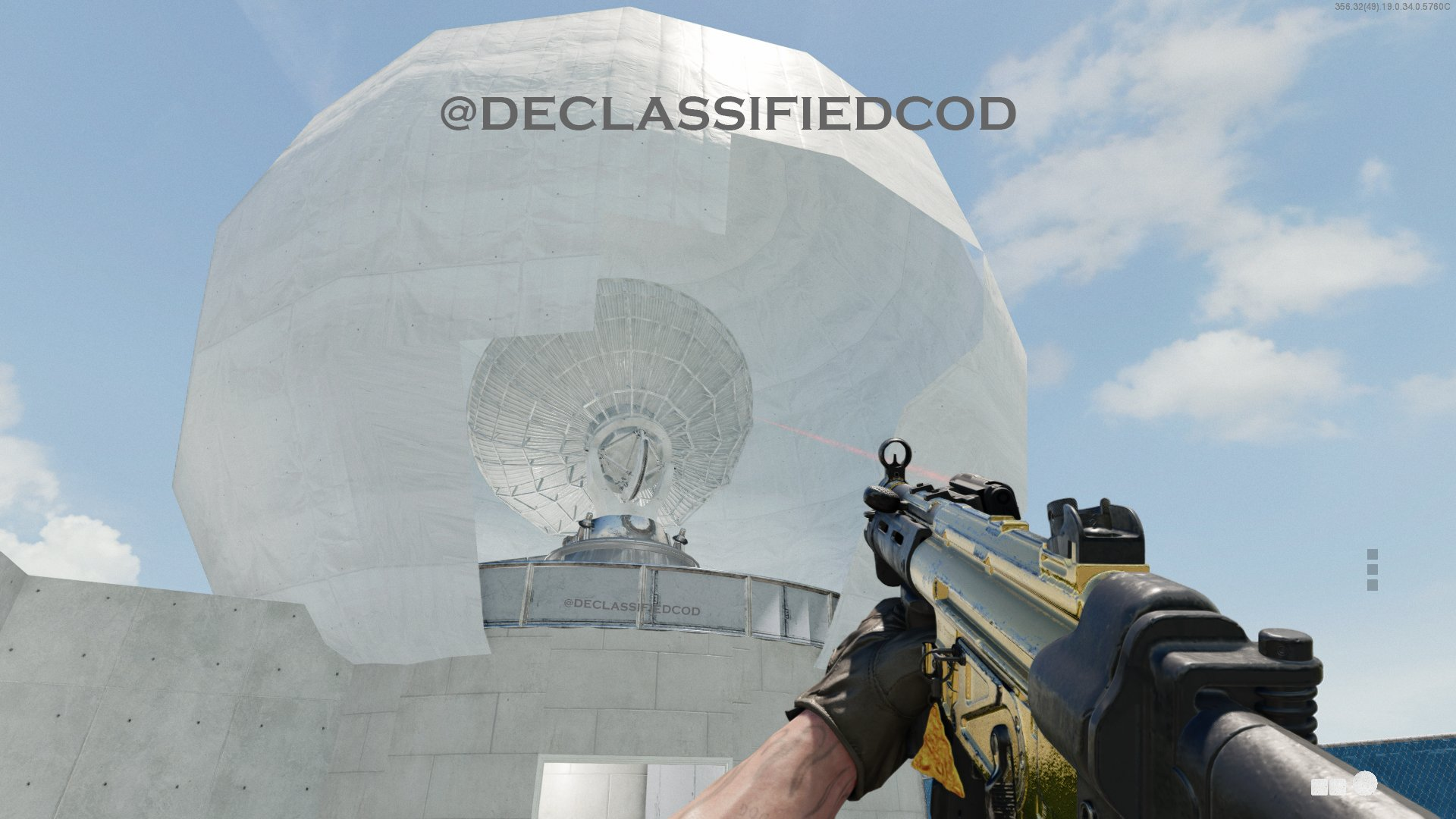 @CODColdWarNewz posted a tweet noting someone encountered a bug when loading into a Combined Arms Domination match and spotted a new map.

Perhaps this will be coming soon! 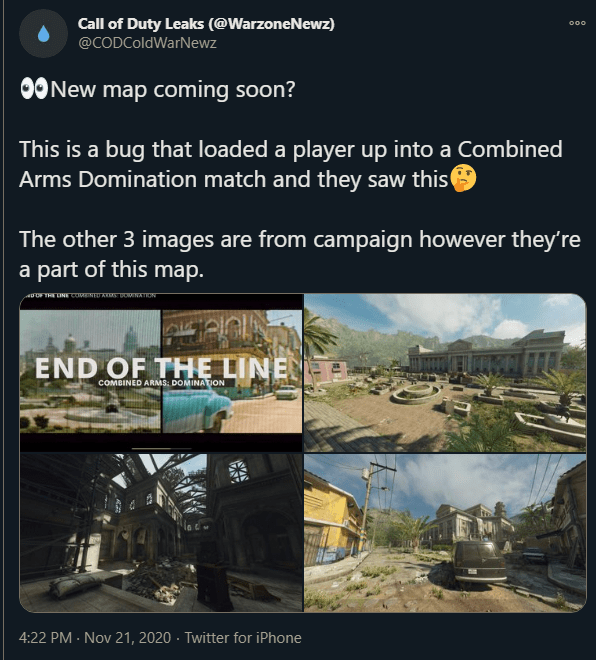 Before launch, it was rumoured that some older maps would be returning to the game.

We have already seen the return of Raid and Nuketown, could more be on the way?

Some of these maps included:

@TheMW2Ghost seems confident that Apocalypse, Summit and Firing Range will feature in Season 2.

We wouldn't be surprised if Treyarch use some of the Fireteam maps to make smaller 6v6 and 12v12 maps.

The new season will bring a new Battle Pass that players can take advantage of no matter which game they play.

From this point onward, playing in any of the three games counts towards player and Battle Pass progressions.

As detailed before, the new Battle Pass will cost 1000 COD points and bring over 100 tiers of content.

This will include cosmetics such as Operator skins, weapon charms, weapon skins, XP tokens, watch designs, calling cards and much more.

Not to forget, the Battle Pass also includes a featured Operator and a new weapon.

There will also be 1,300 COD Points to get back from the pass.

You can likely pay a bit extra for the Battle Pass Bundle that will bring 20 tier skips for 2,400CP.

Ultimately, if you choose not to spend any money on the Battle Pass, you will still get access to some free items.

It's been confirmed that all progression in Modern Warfare, Warzone and Black Ops Cold War will count towards your seasonal levels and prestige.

So no matter what game you play, you won't lose out. 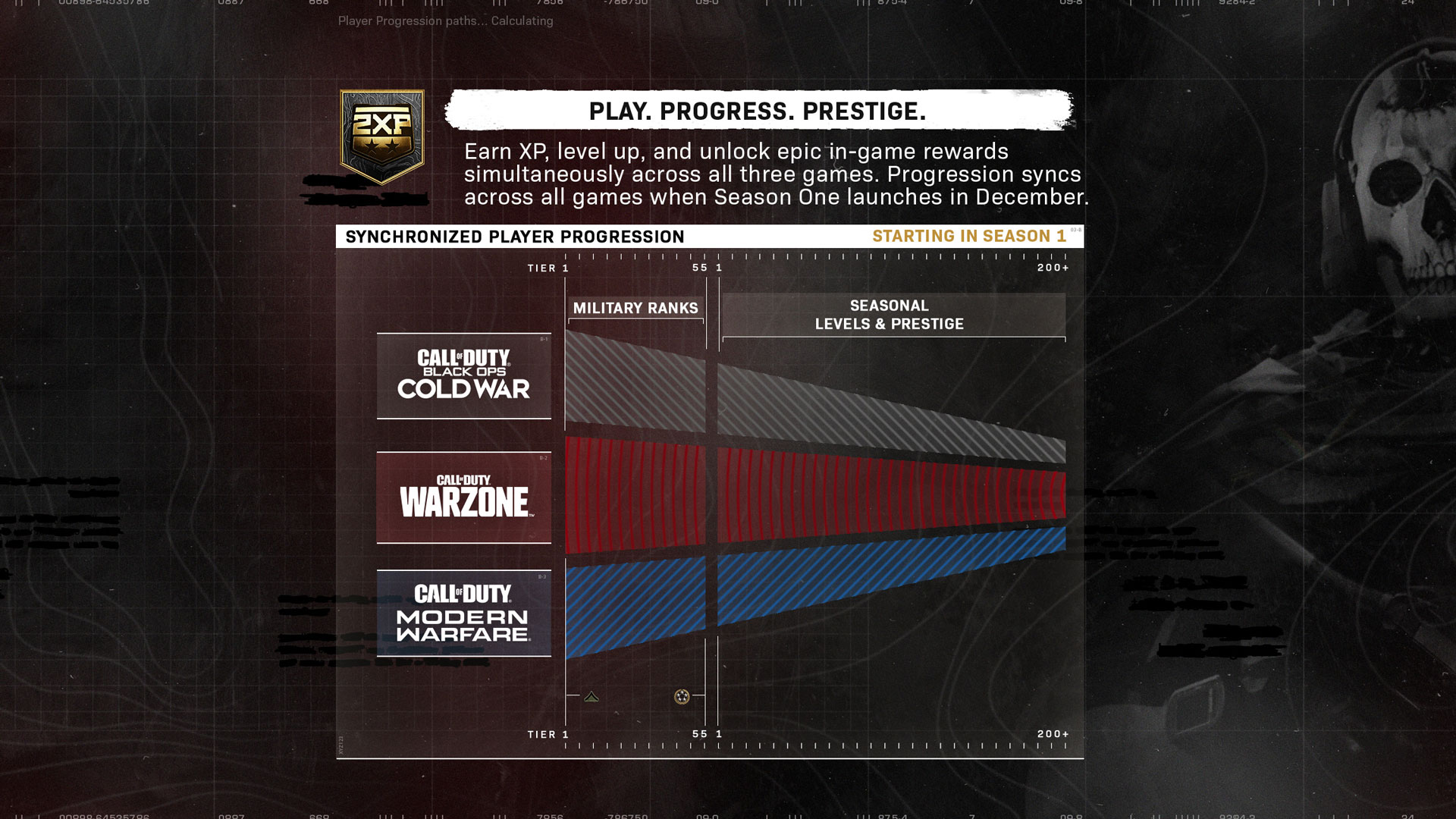 All content is universal, meaning what is unlocked in the Black Ops Cold War Battle Pass will be available in Warzone.

You can expect new floor loot to be added to Verdansk to freshen up the meta and the addition of the newest weapons in Season 2.

It's unknown if any map changes will be made to Verdansk or Rebirth Island at this point, but since that has been the case in almost every seasonal update, it's likely this will be the case again.

Rumours about an entirely new map, overhauling Verdansk, have been circulating for a while; but is it true?

If there is a new map, rumours are stating that this may not happen until Q2 in 2021.

This makes sense as Activision will no doubt want to keep the focus on their new game and encourage more sales.

Not to mention that Warzone only released back in March 2020.

You'll also receive a few rewards such as emblems and calling cards.

It appears we are also getting some new scorestreaks with the release of Season 1.

CODColdWarNewz has posted on Twitter some clips and images of a leaked 'K9' scorestreak.

This has been a scorestreak in the past and appears to be arriving at a later date. 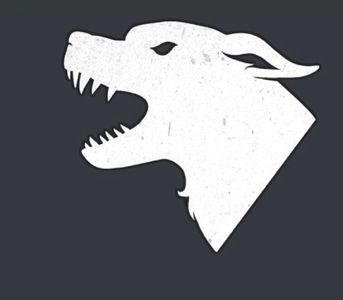 There were a number of killstreaks that were cut from the game including:

These could also be added later in the game's life span.

The second perk is lightweight, which increases your movement speed by 7%.

Whether these new perks will be added in Season 2 is unknown - we expect them to arrive a bit later as it seems too early to add new perks in already.

Surprisingly, Treyarch opted to use brand new characters for their Operators during Season 1, rather than using those featured in the campaign.

It's likely we will see the likes of Hudson and Mason added in at some stage.

One Operator we're expecting is the CDL Operator - likely to be used by all players playing in the CDL 2021.

As the season hasn't started yet and is due to begin in January, it may coincide with the release of Season 2.

Gunfight will likely drop with one or two maps to welcome the new season, as was the theme during Modern Warfare's reign.

We're expecting a new map to arrive in Black Ops Cold War Zombies as Treyarch opted to skip a release in Season 1.

Yamantau may be the first zombie map we see as apart of Cold War's DLC program, so it is interesting to see TGR talk about it.

TGR makes some key points throughout the video alluding to the new map.

Some of these include:

Berlin is reported to arrive in Black Ops Cold War during Season 4, which means that it is months before the map set in the German capital will be available to play.

A new mode could be on the horizon - perhaps we'll see the return of the 'Turned' mode, which allows players to play as Zombies.

We'll also get Zombies Crystals to purchase tier 4 and 5 upgrades.

We're also expecting new perks at some stage including:

Tombstone Soda seems to be the most likely addition as Treyarch recently teased it on Twitter. 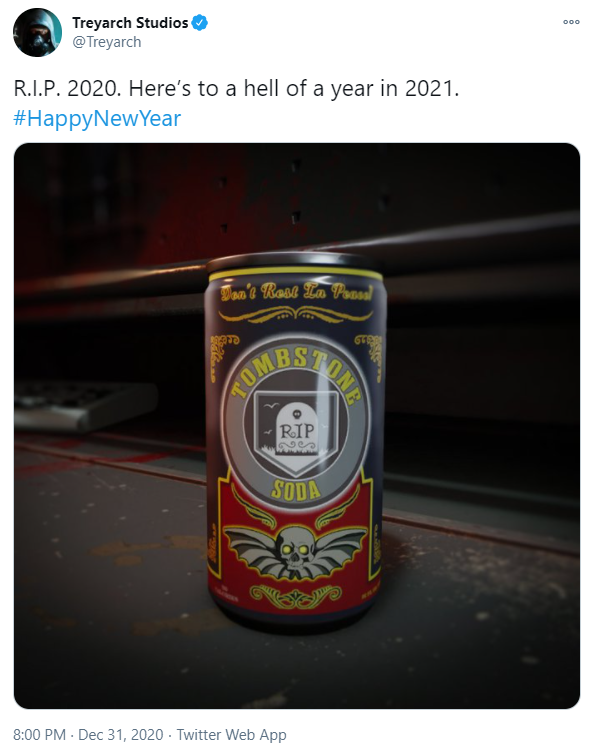 The jingle audio files for these perks were discovered recently and can be heard here.

It's also reported that the Razor Wire, from Black Ops 4, will return in Zombies.

It's highly unlikely any new content will be added to the Campaign as this wasn't done through the entirety of Modern Warfare.

However, it wouldn't be out of the question for Treyarch to break the mould.

The Campaign has had a wonderful reception, with the only complaint being that it is too short.

With side missions featuring in this mode, perhaps a few more will be added into it?

No new game modes have been announced or rumoured so far.

We're sure that players will be delighted to see some classics such as Demolition, Sabotage and Fracture return.

There will be four new prestige levels added to the game for people to claim and work through, all with unique emblems.

From this point onward, playing in any of the three games counts towards player and Battle Pass progressions.

This season offers four additional Prestiges to achieve across the first 200 levels, as well as a new Weapon Blueprint, as follows: