Apex Legends Season 7 is now in full swing, bringing some exciting new additions to the game such as the new map Olympus and a new legend in Horizon.

With a new update brings plenty of new leaks and this one is no exception to the rule as we've got our first look at Holo-Day Bash for 2020 (Apex's Christmas event).

While Fight or Fright has only just recently passed, the next holiday-themed event is around the corner.

Now we move onto a more chilly holiday. Last year we saw the Holo-Day Bash make its way to the game and it looks set to return in 2020.

The Christmas event revolved around Mirage, but will it change this year? We can't wait to see what the team at Respawn have in store for us this year.

Let's have a look at everything we know so far.

We will continue to update this article as more information is revealed.

The new event will begin on the 1st December and end on the 4th January 2020.

We expect this year for the event to start at some point in the second week as it did previously, then lasting till the first week of January.

The train is back in World’s Edge just for Winter Express, and this time it’s not the only vehicle descending into the valley around Epicenter.

The supply ships from Kings Canyon are also flying around the frozen explosion. 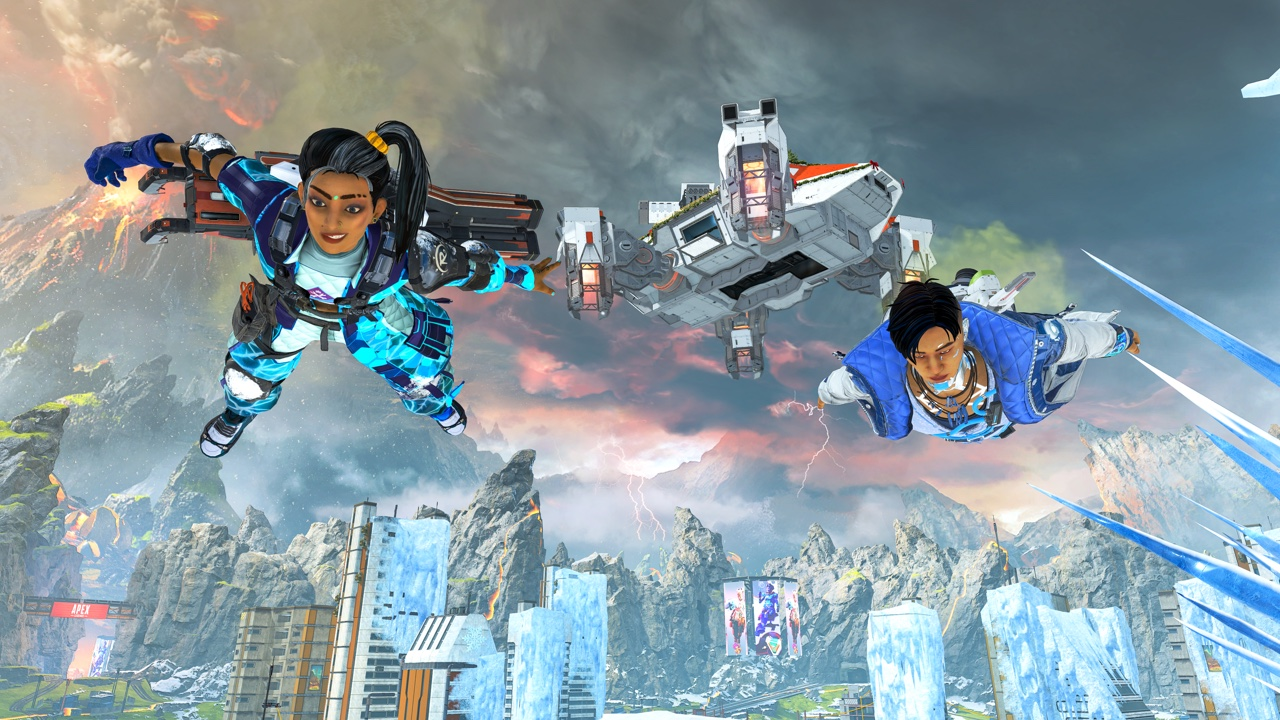 Winter Express is a round-based mode where three squads battle for control of the train as it makes its way around World’s Edge.

This year, when your squad respawns after a round has finished, you will spawn on your own supply ship as it follows the train.

From here, your squad will be able to survey the battlefield and skydive into combat as the train arrives at its next station and the objective unlocks. The squad that won the previous round will respawn directly on the train.

Here are the confirmed stations:

Respawn has also refreshed and rebalanced loadouts for this mode to include new weapons and purple armor for more exciting engagements that really help show off what our Legends can do.

The rewards track will be available at the same time as Winter Express, December 1 to January 4.

Starting today with Black Friday, check back every week from November 24 to January 4 for a new set of sales including all-new Loba, Revenant, and Spitfire Legendary Skins.

Here’s a sneak peek at some of the offers below:

Here's what's been leaked so far: 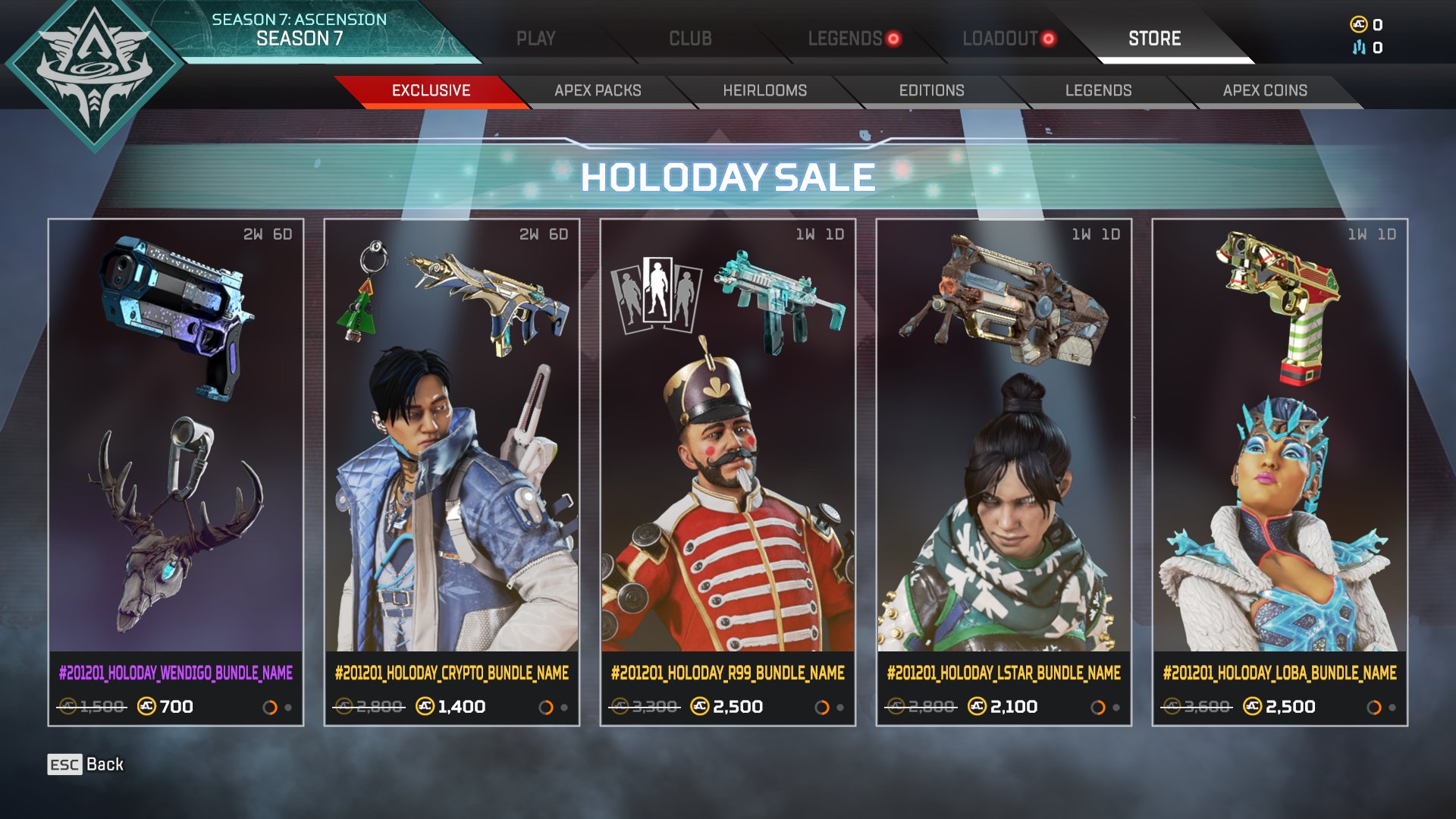 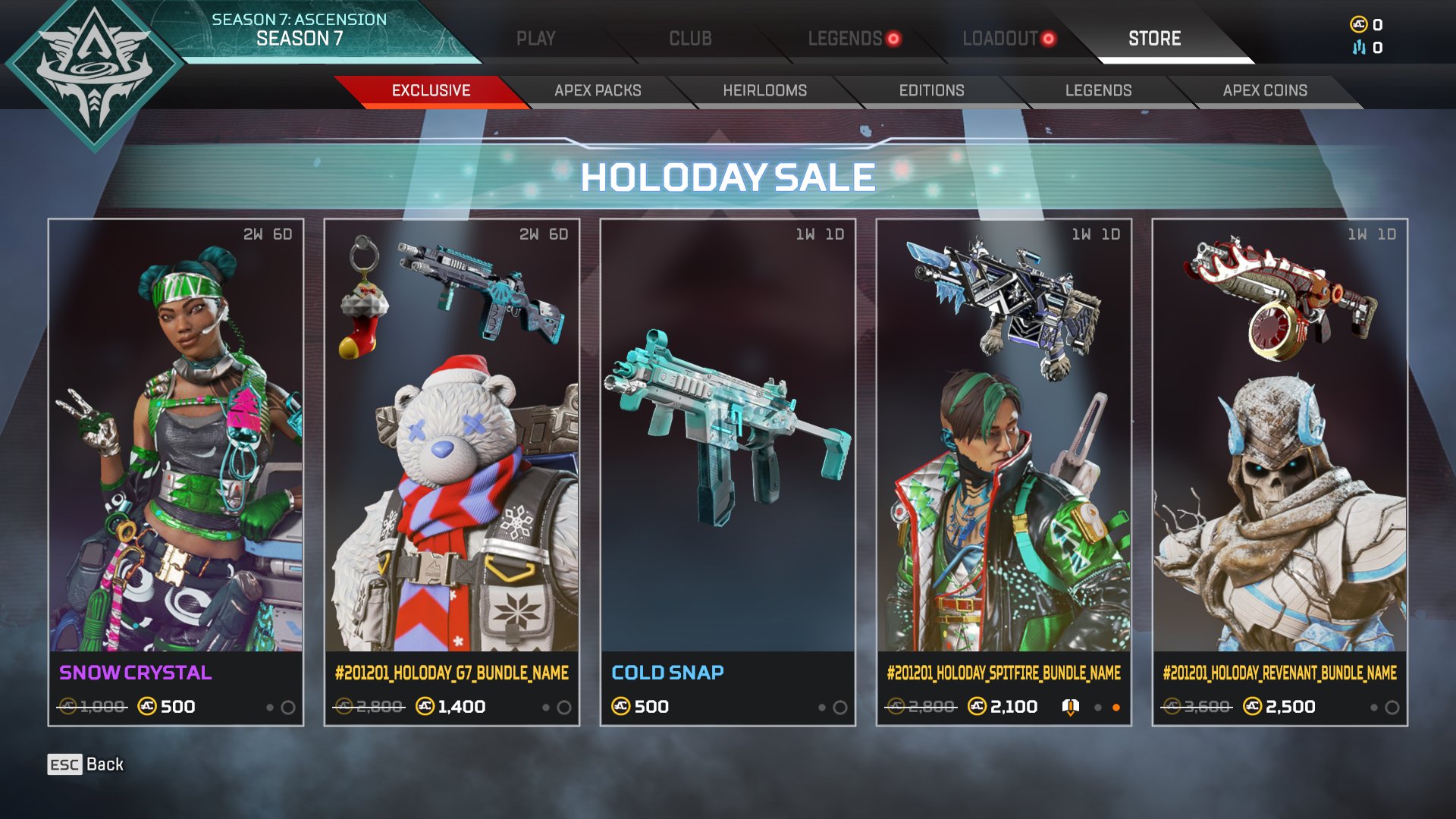 As the Season 7 update roles in, we've had a look at what skins Santa will bring this year. 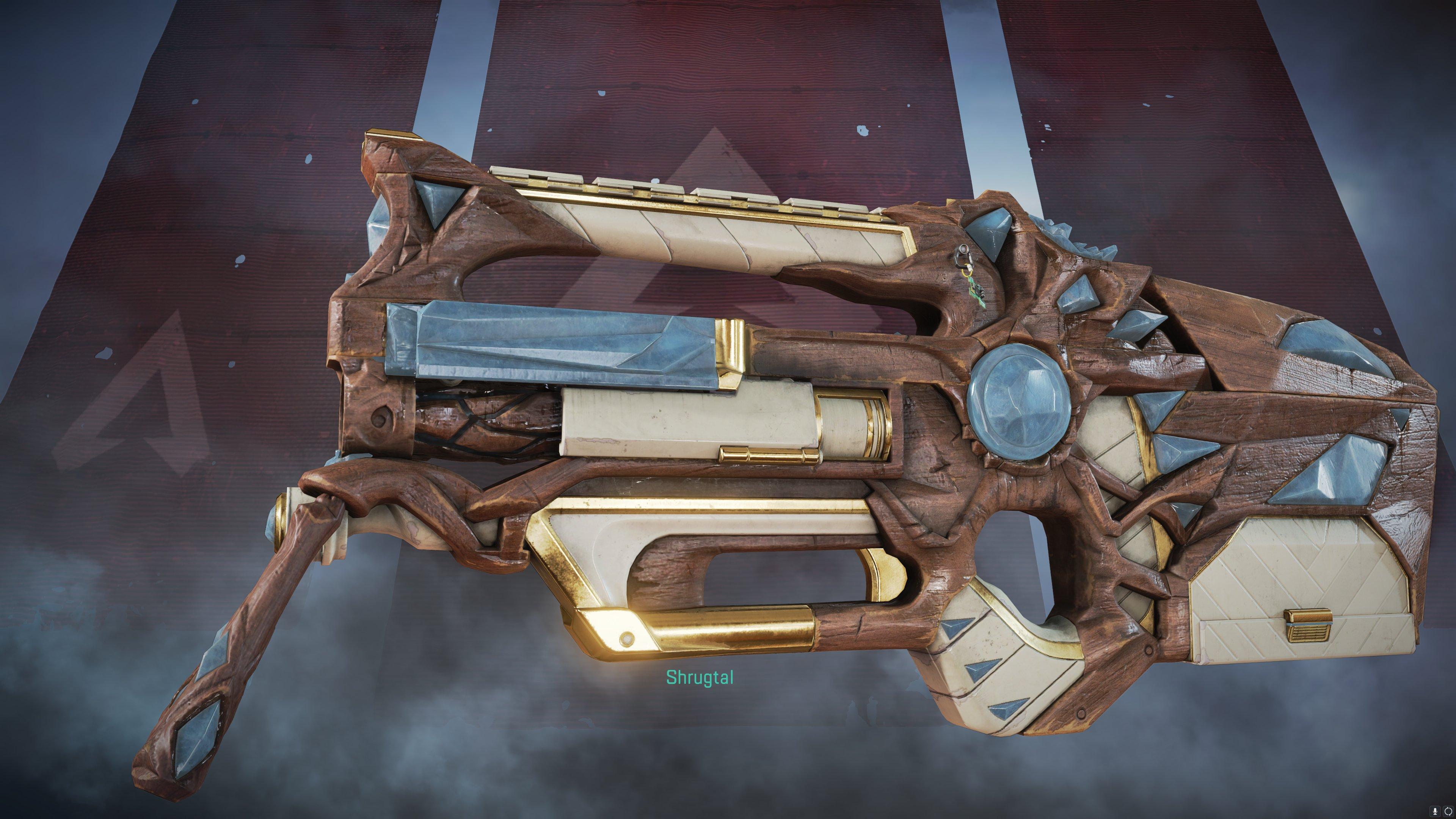 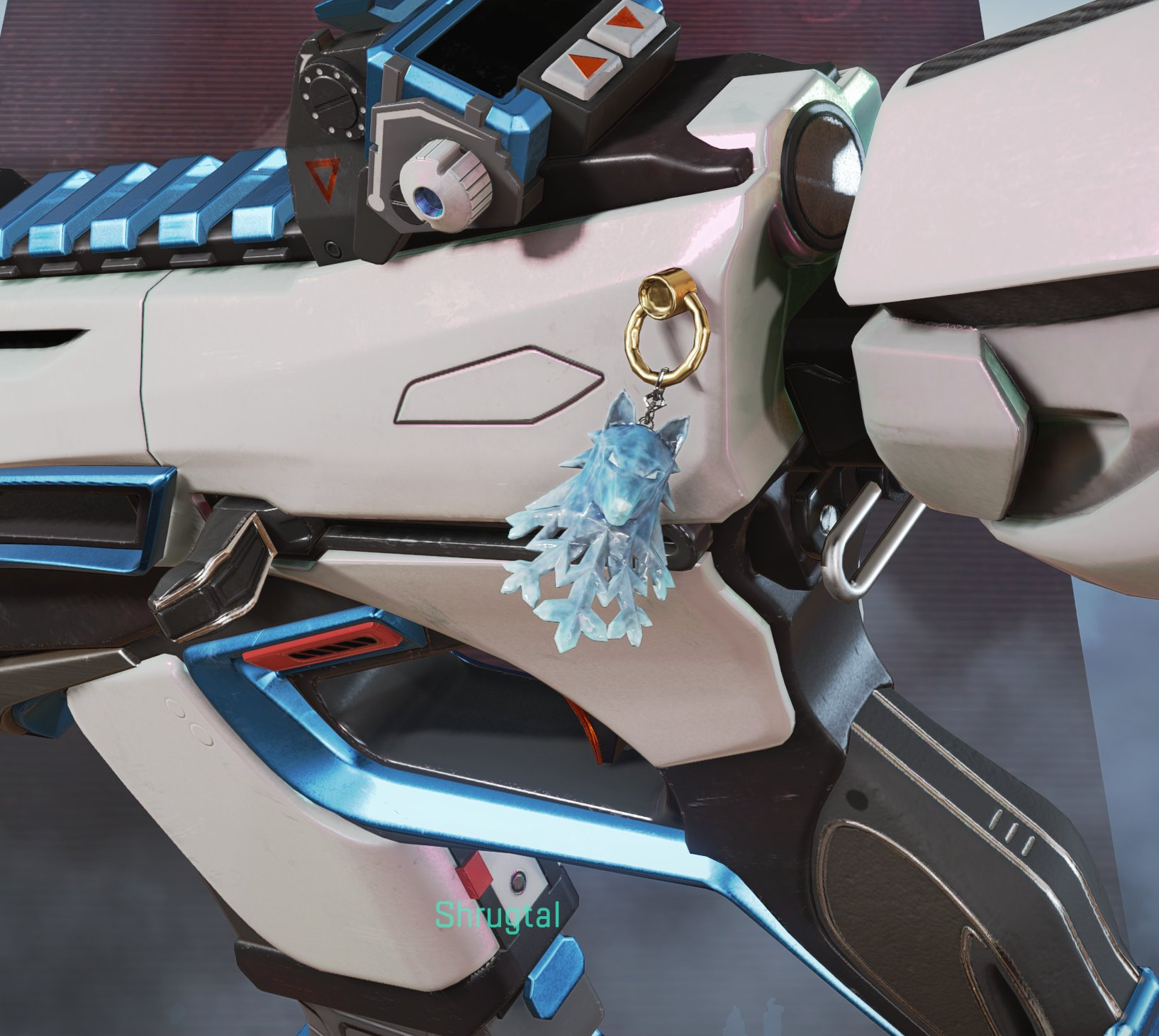 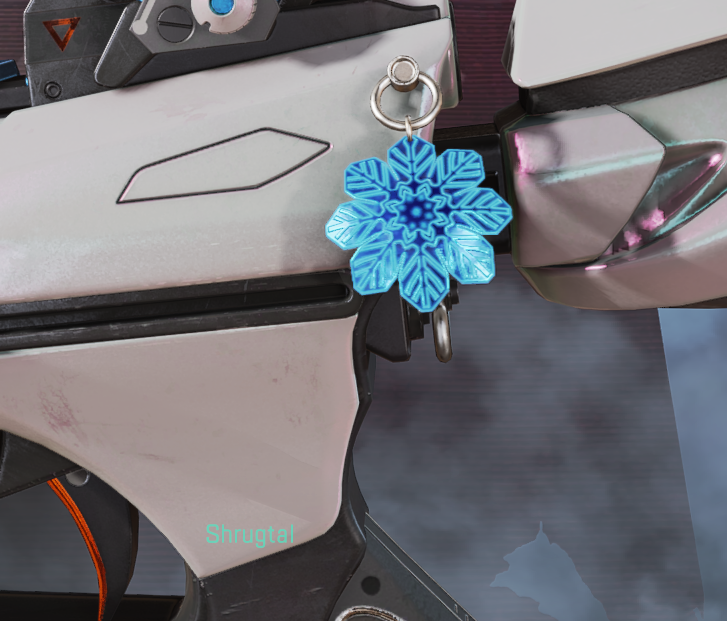 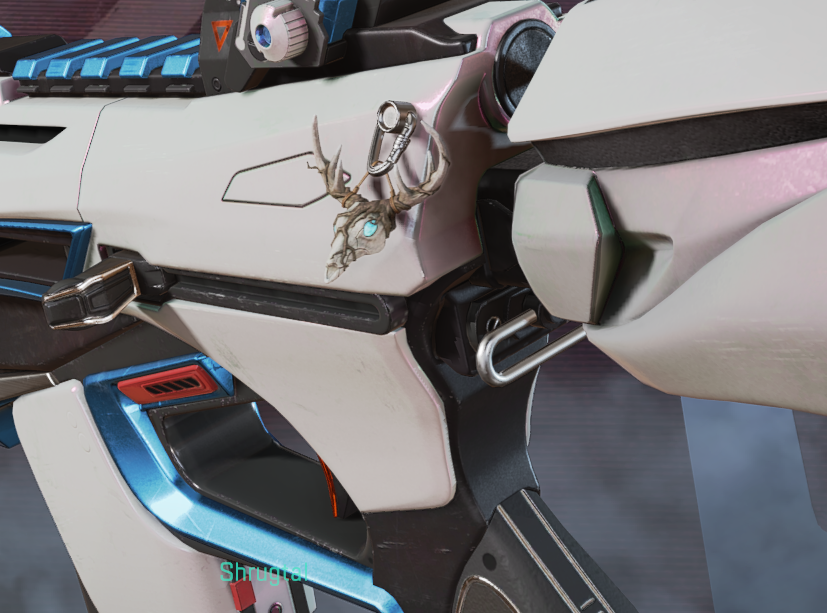 This skin will come as a standalone skin and not a bundle. 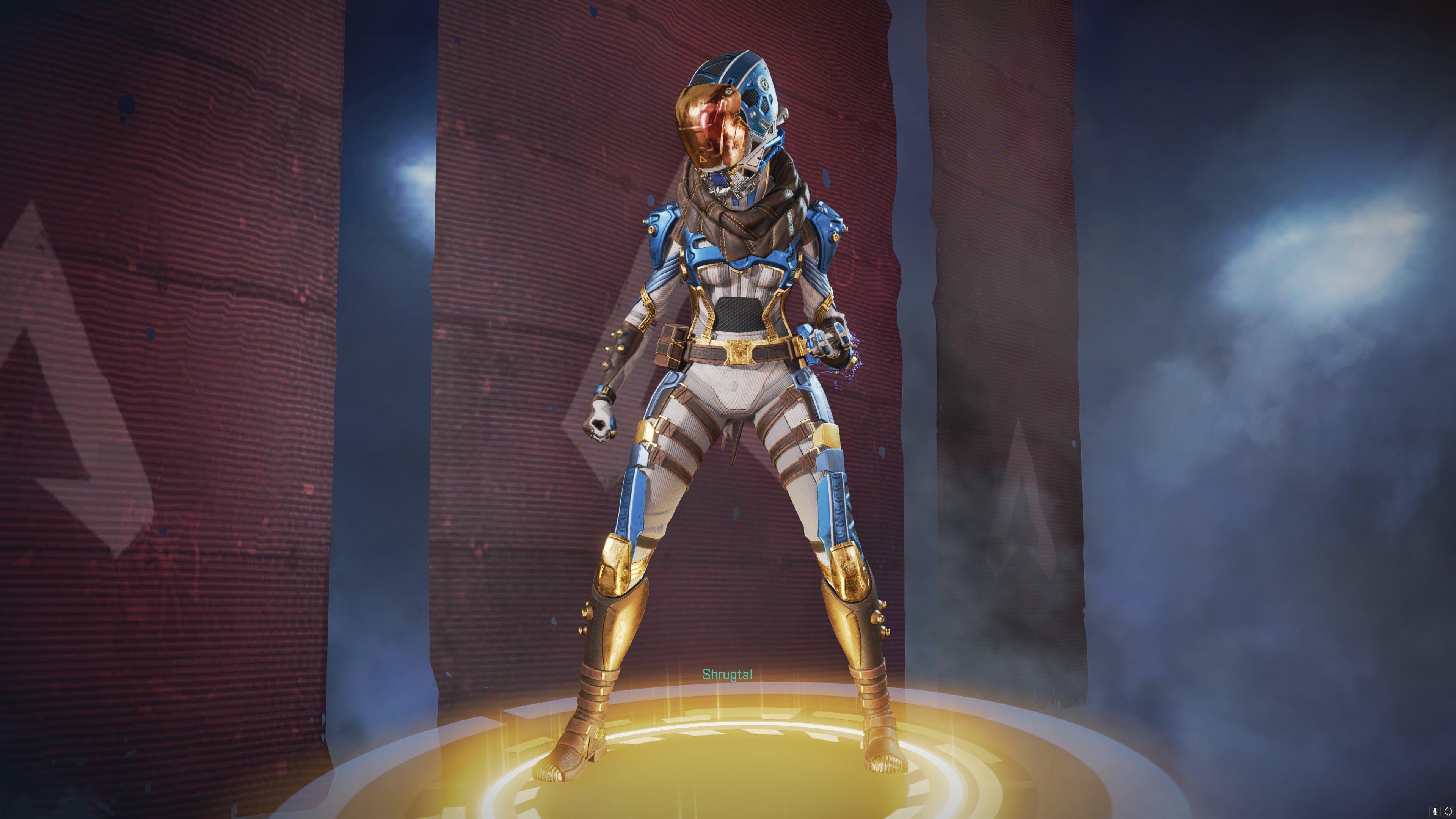 This can be purchased by itself, or in a bundle with Octane's 'Dasher' skin and 'Dashing through the Snow' pose. 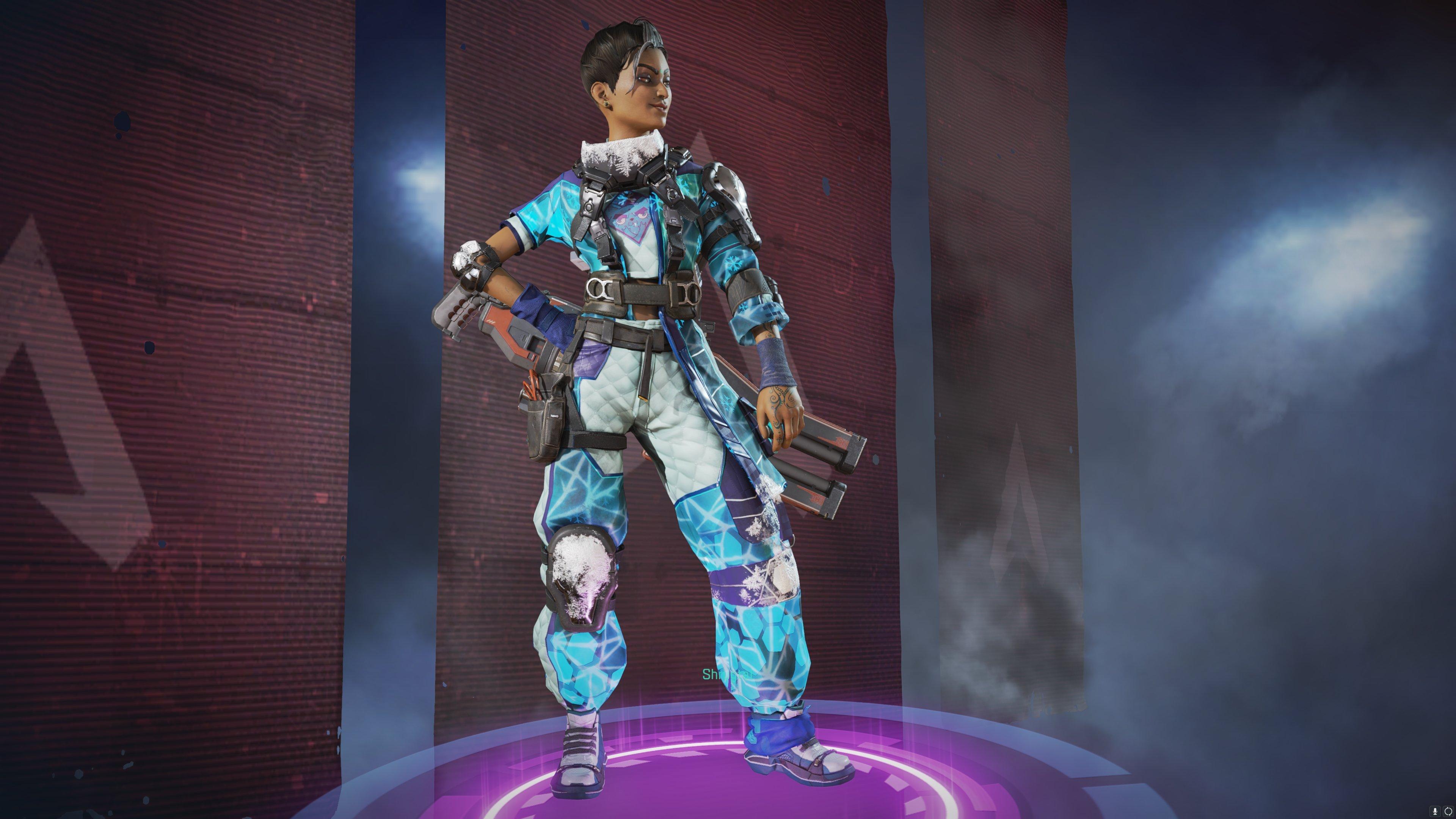 This can be purchased by itself, or in a bundle with Octane's 'Dashing through the Snow' pose and Rampart's 'Deep Freeze' Holo-Day Bash Skin. 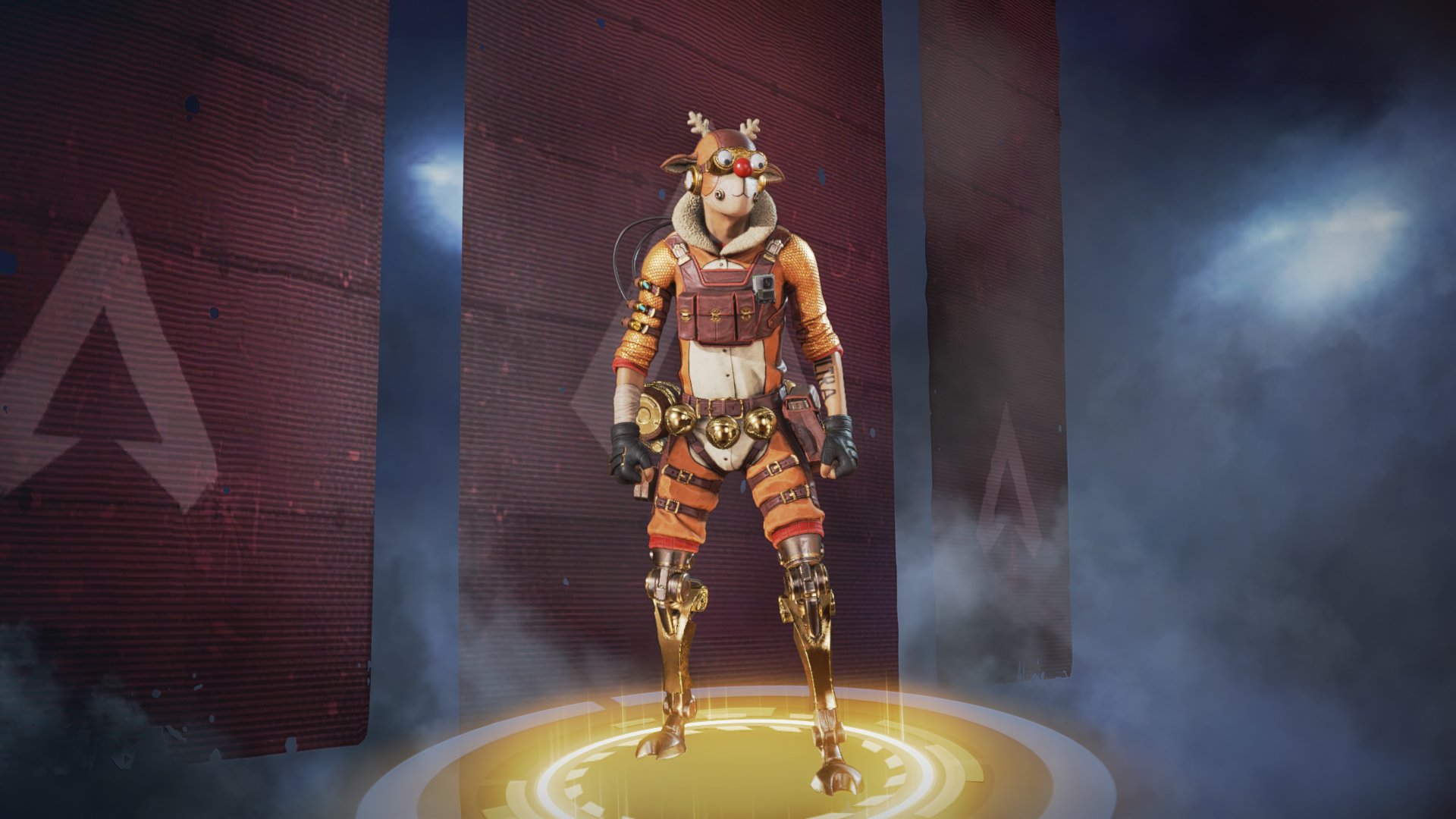 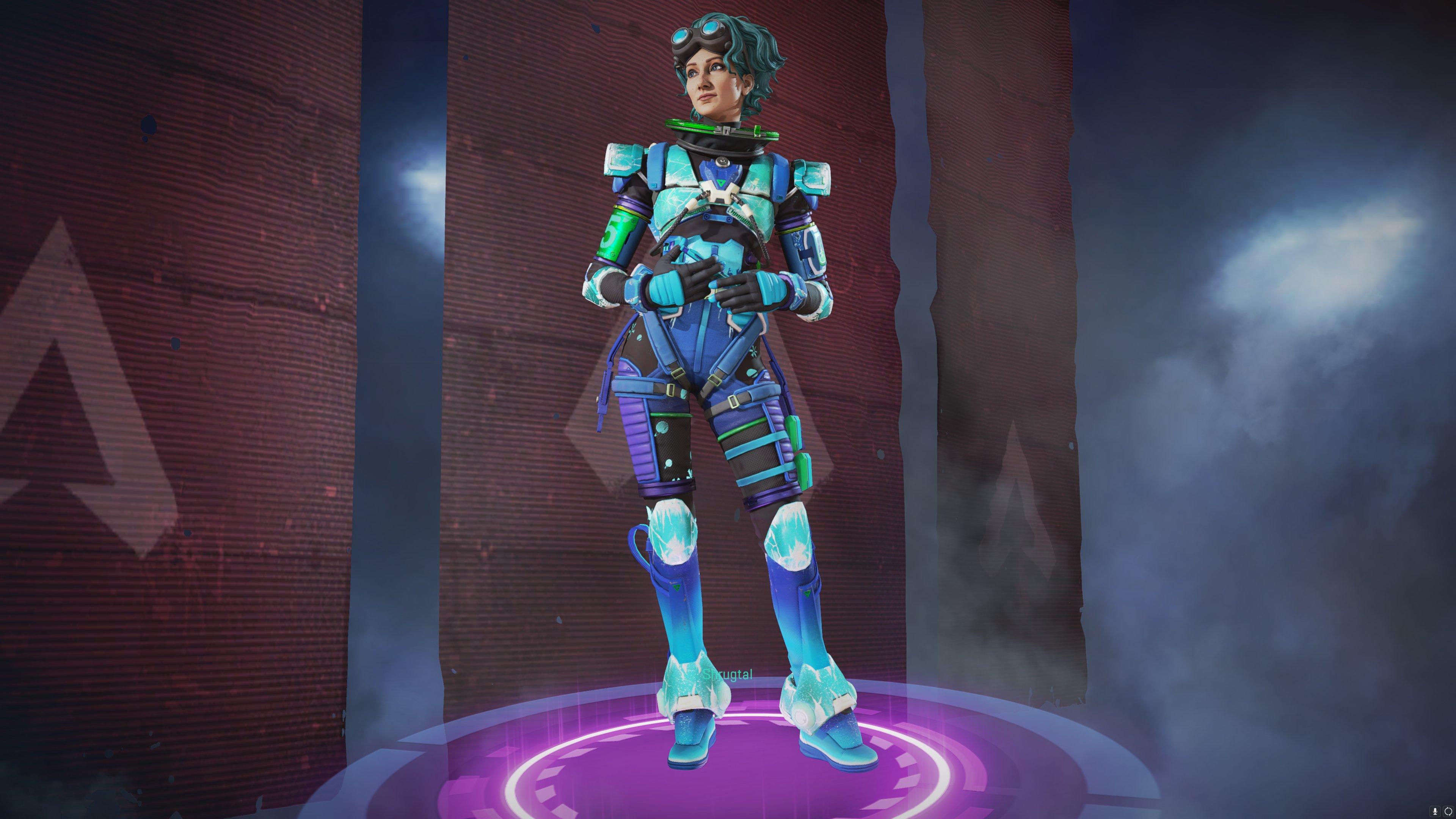 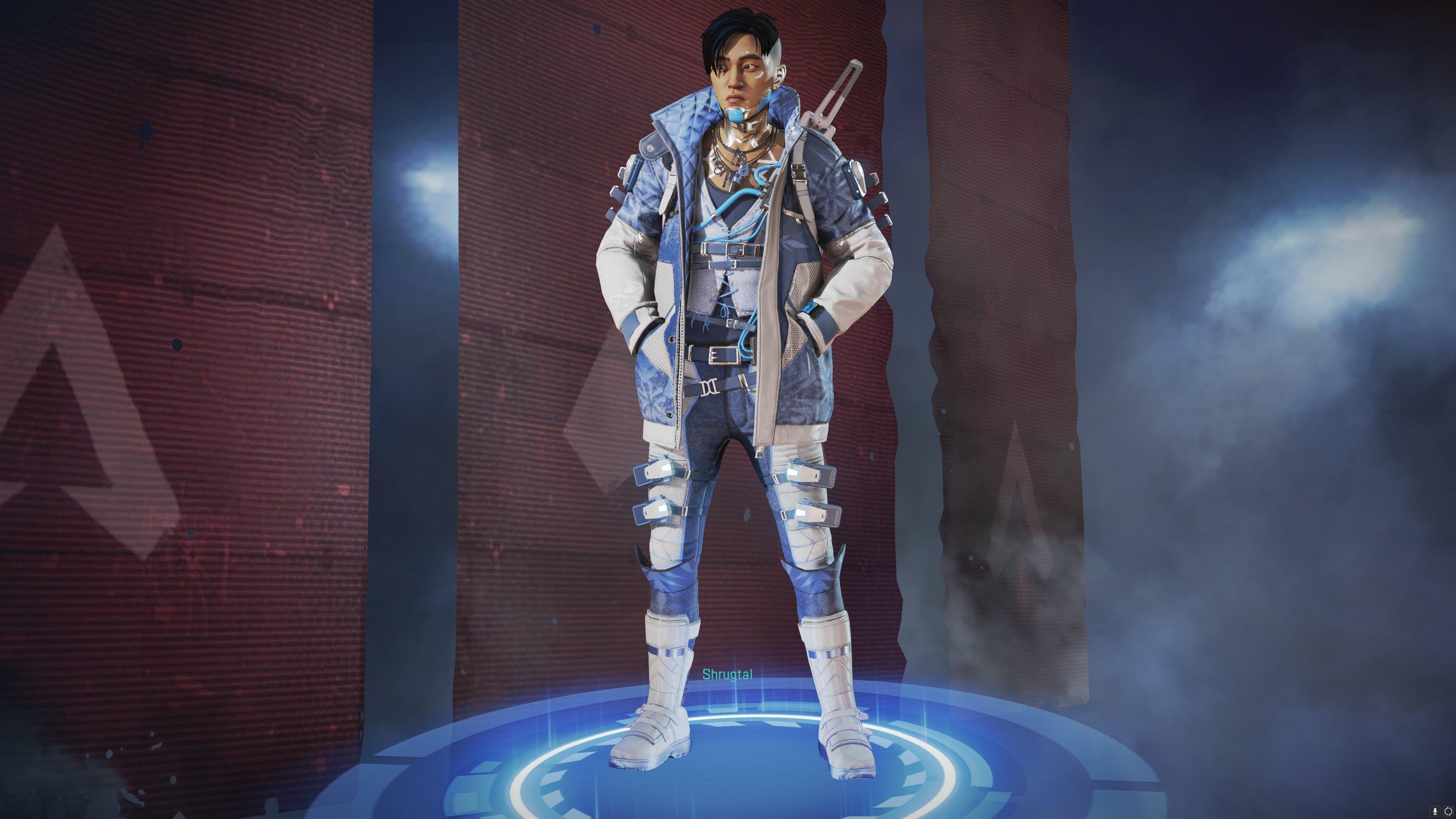 Bangalore's Christmas themed skin from last year will return and be bundled with Wattson's Christmas skin. 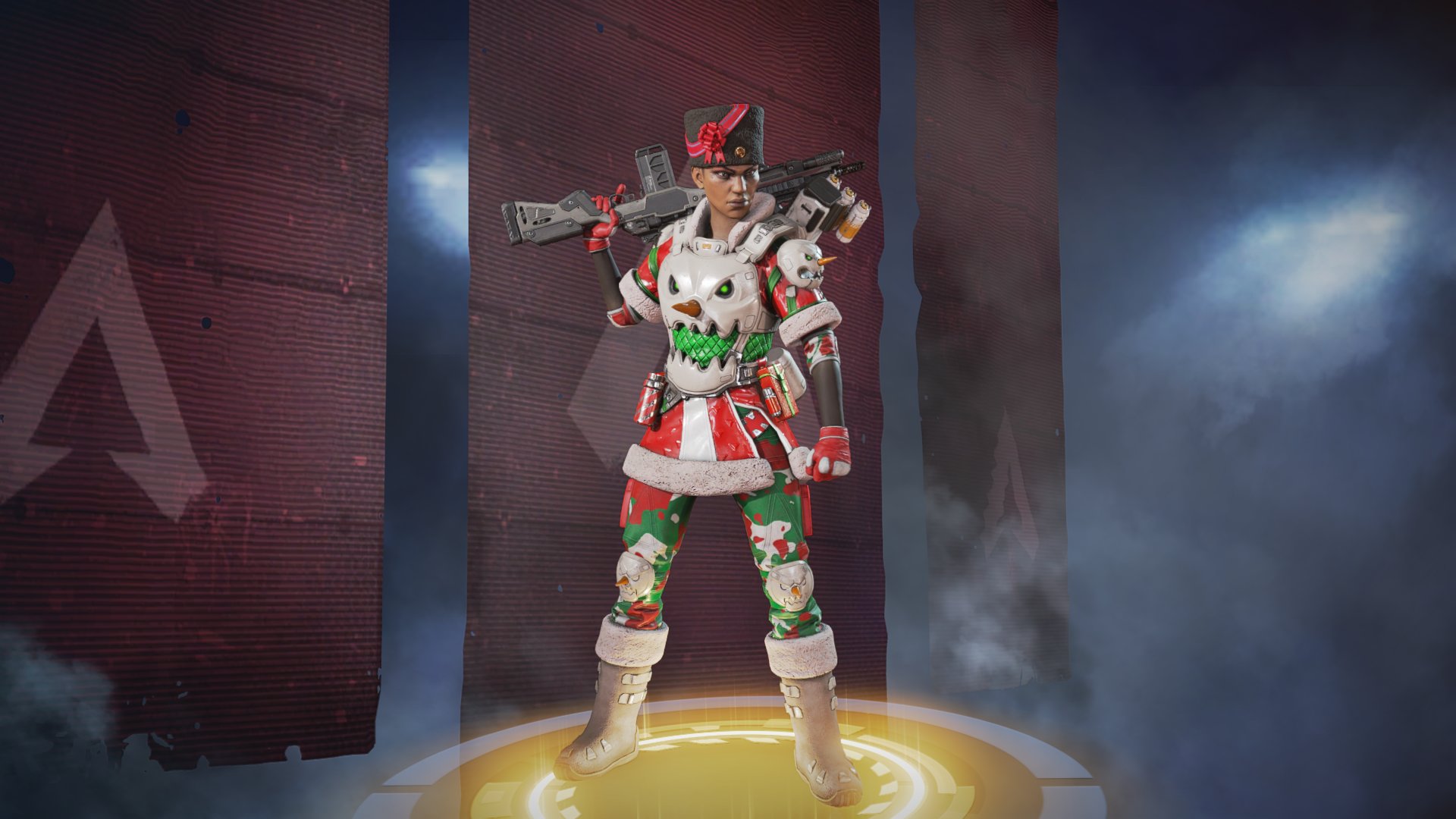 Wattson's Christmas themed skin from last year will return and be bundled with Bangalore's Christmas skin. 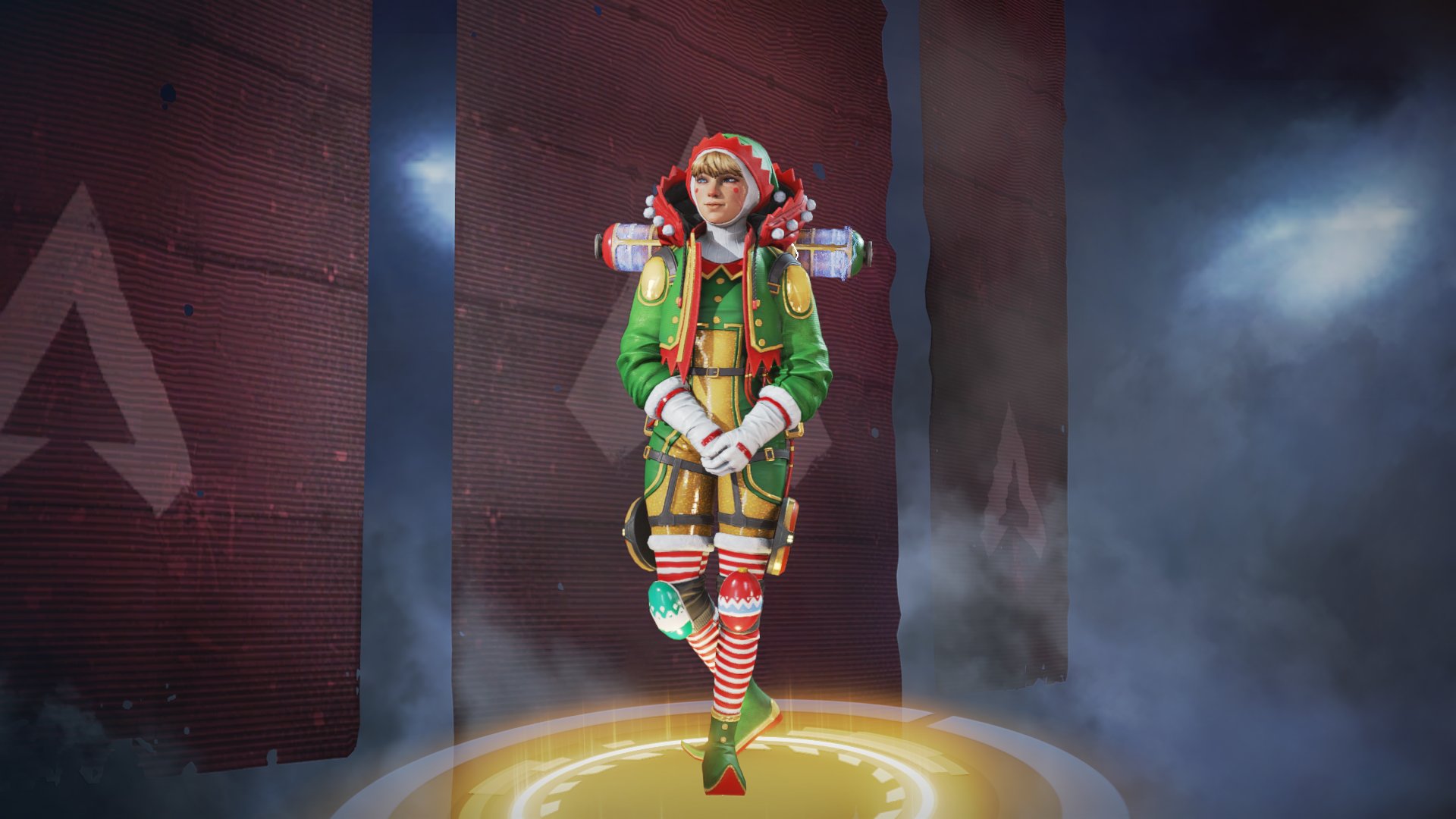 Pathfinder's 'Joyfinder' Skin will return bundled with the "Gift Wrapped" Triple Take and the "Melternator". 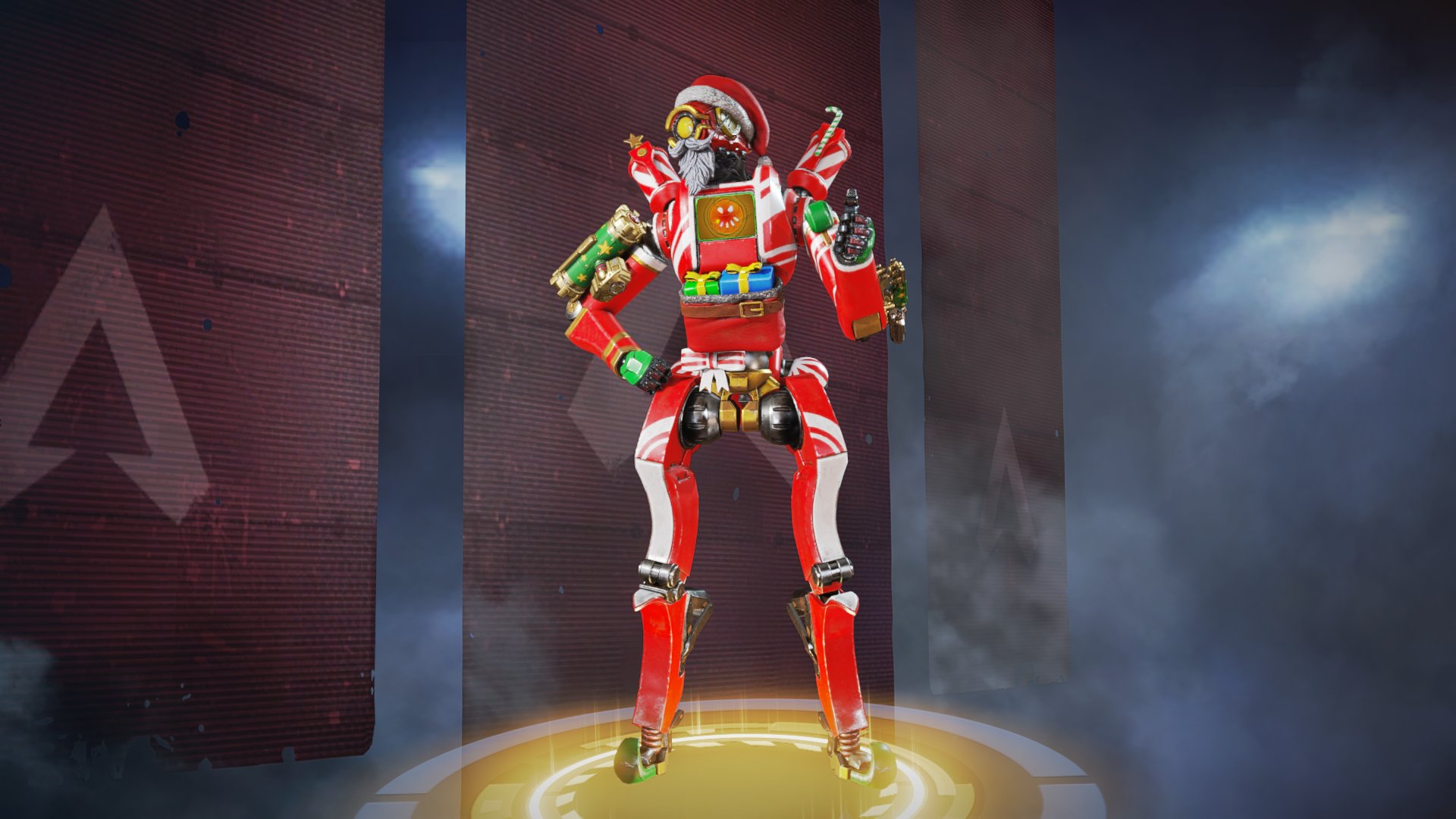 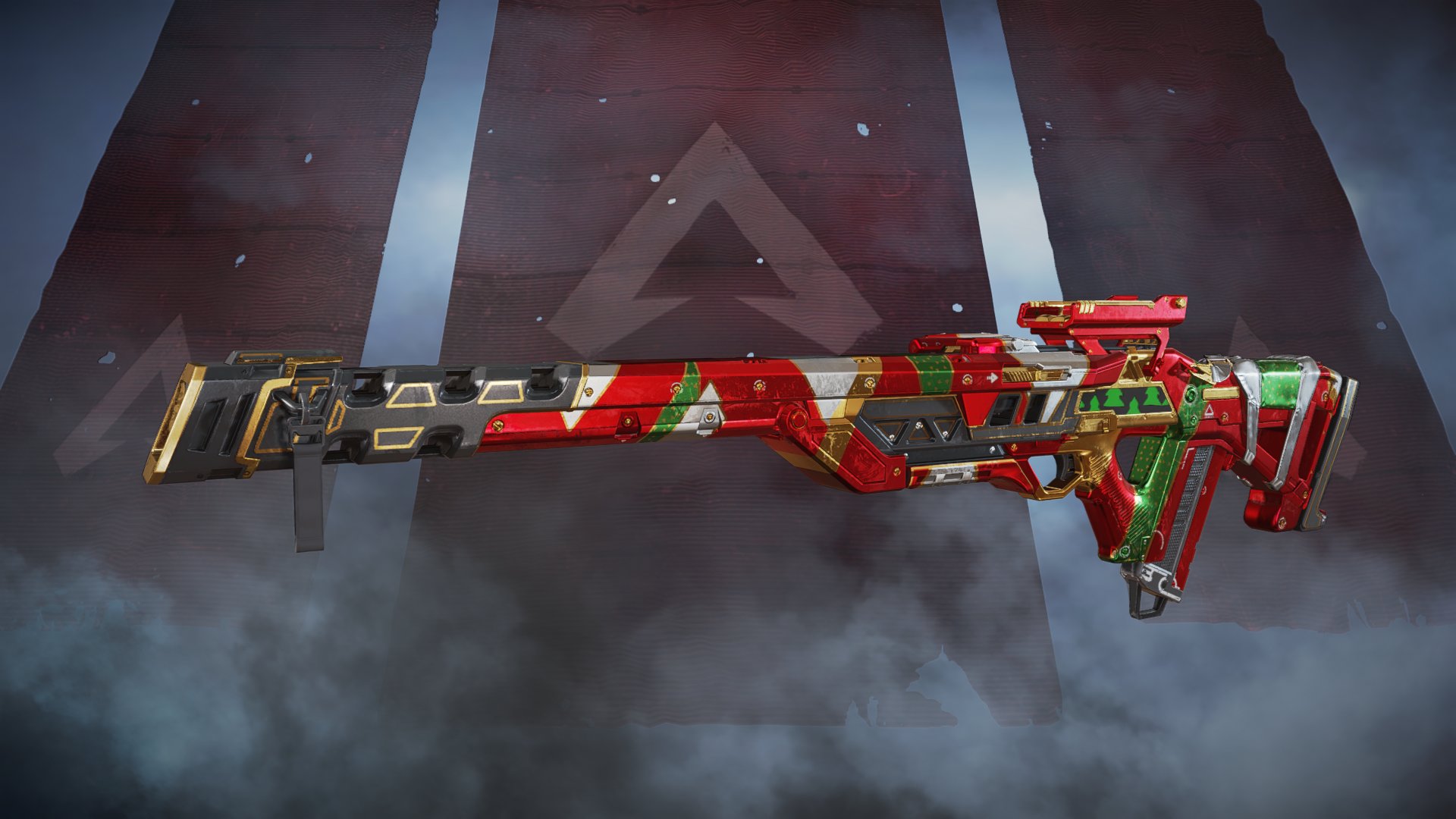 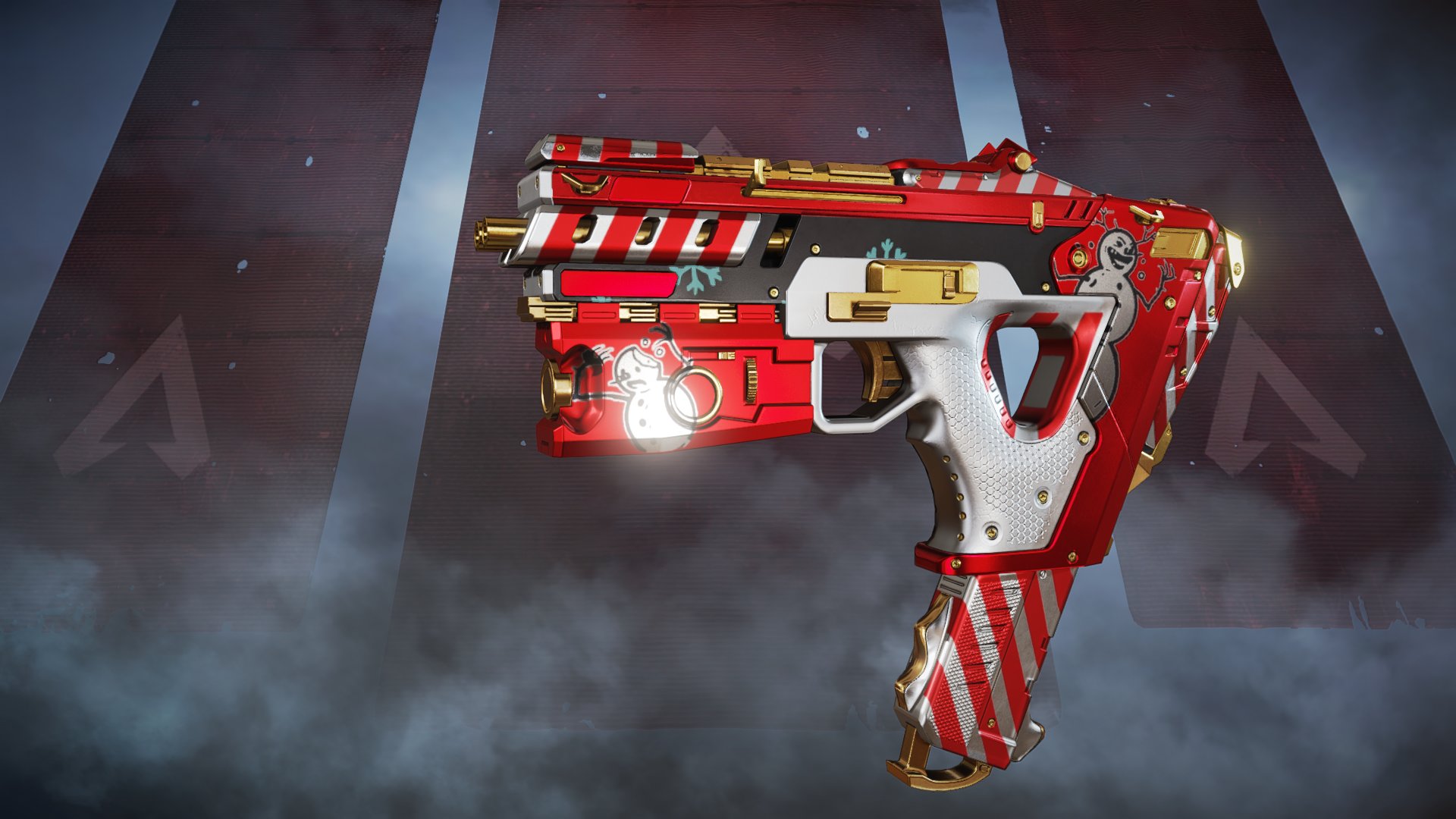 Caustic's 'Claustic' Skin will be returning with the "Bronze Beast" Devotion, and the "Special Delivery" Flatline. 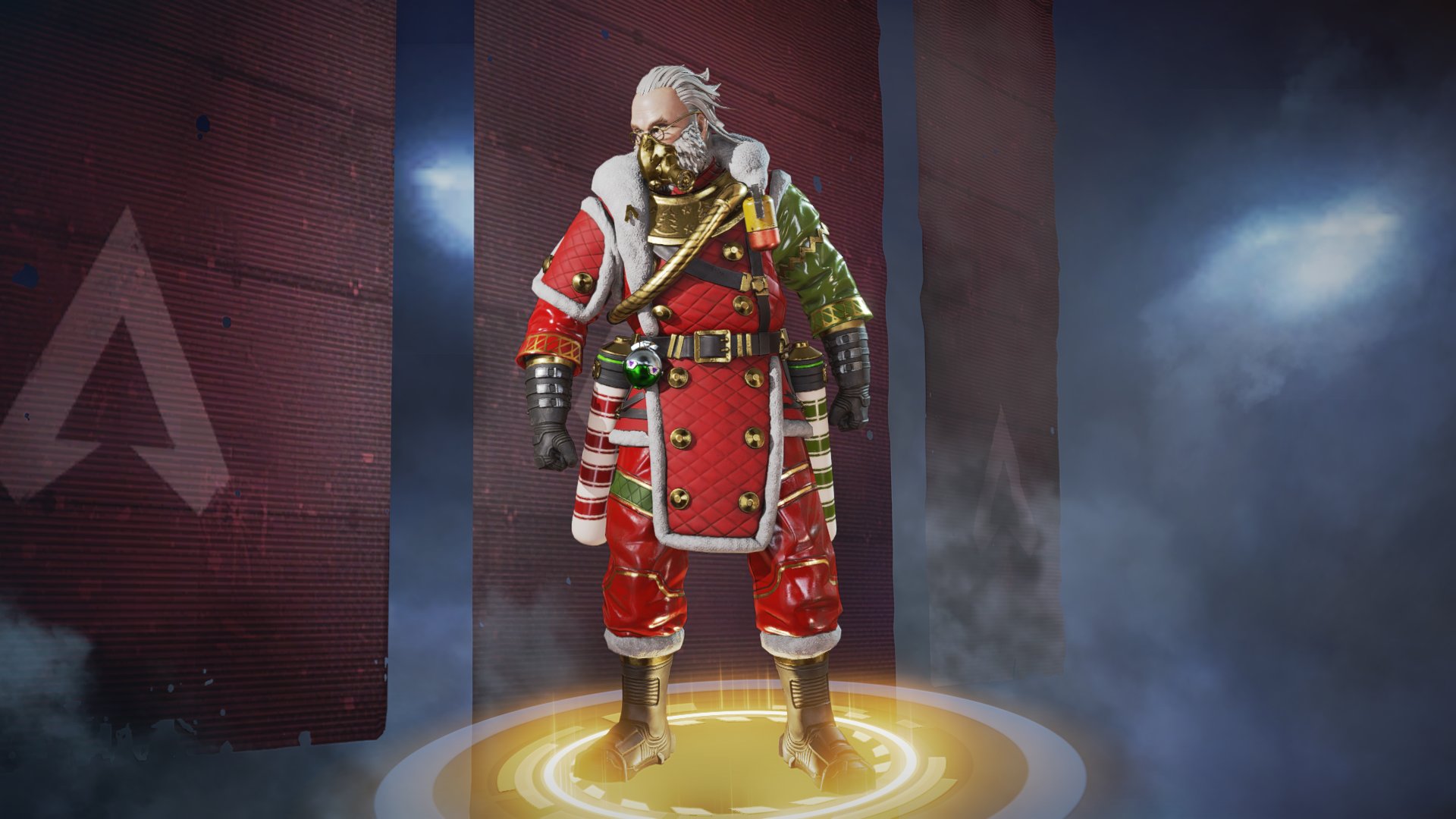 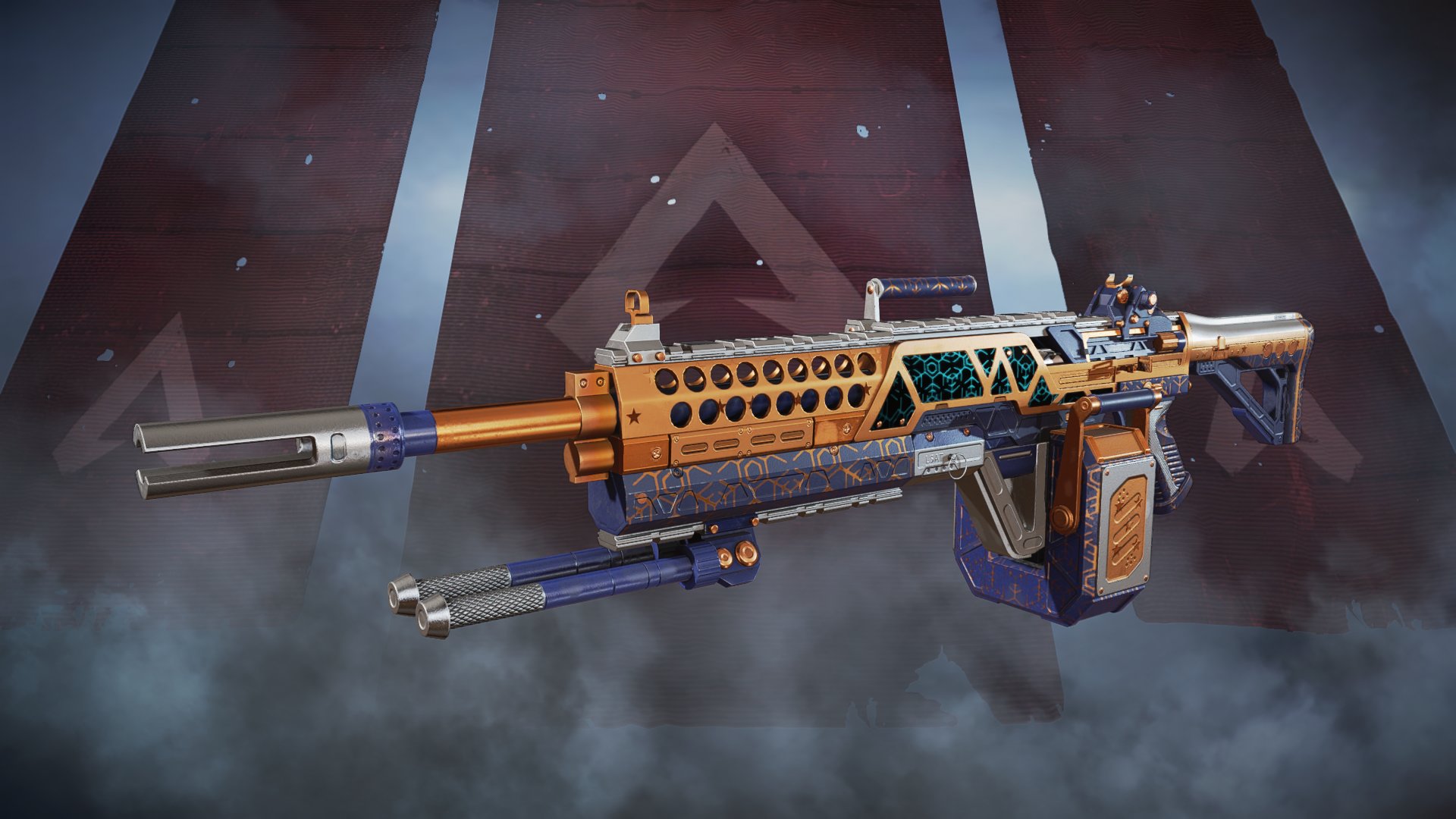 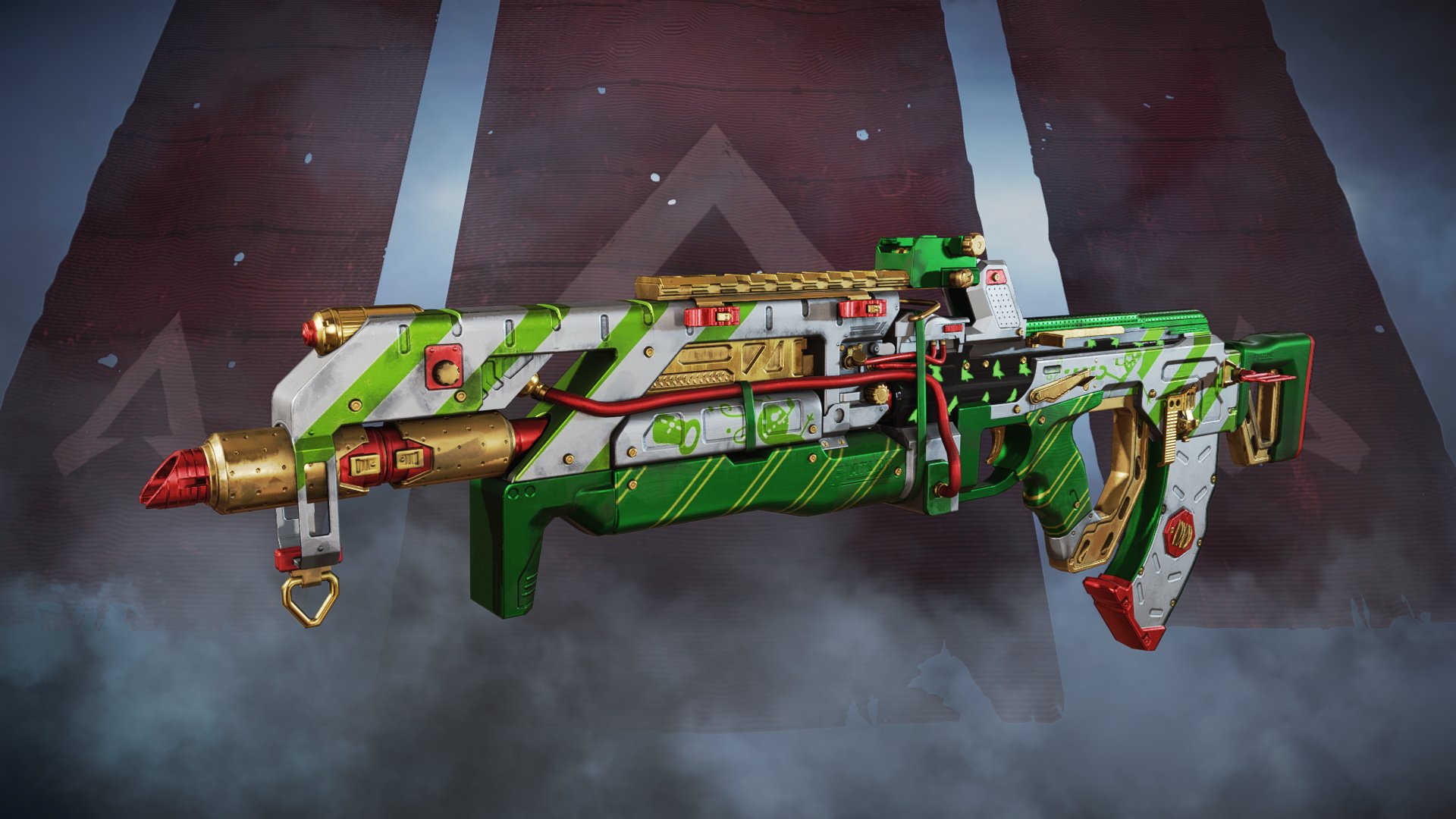 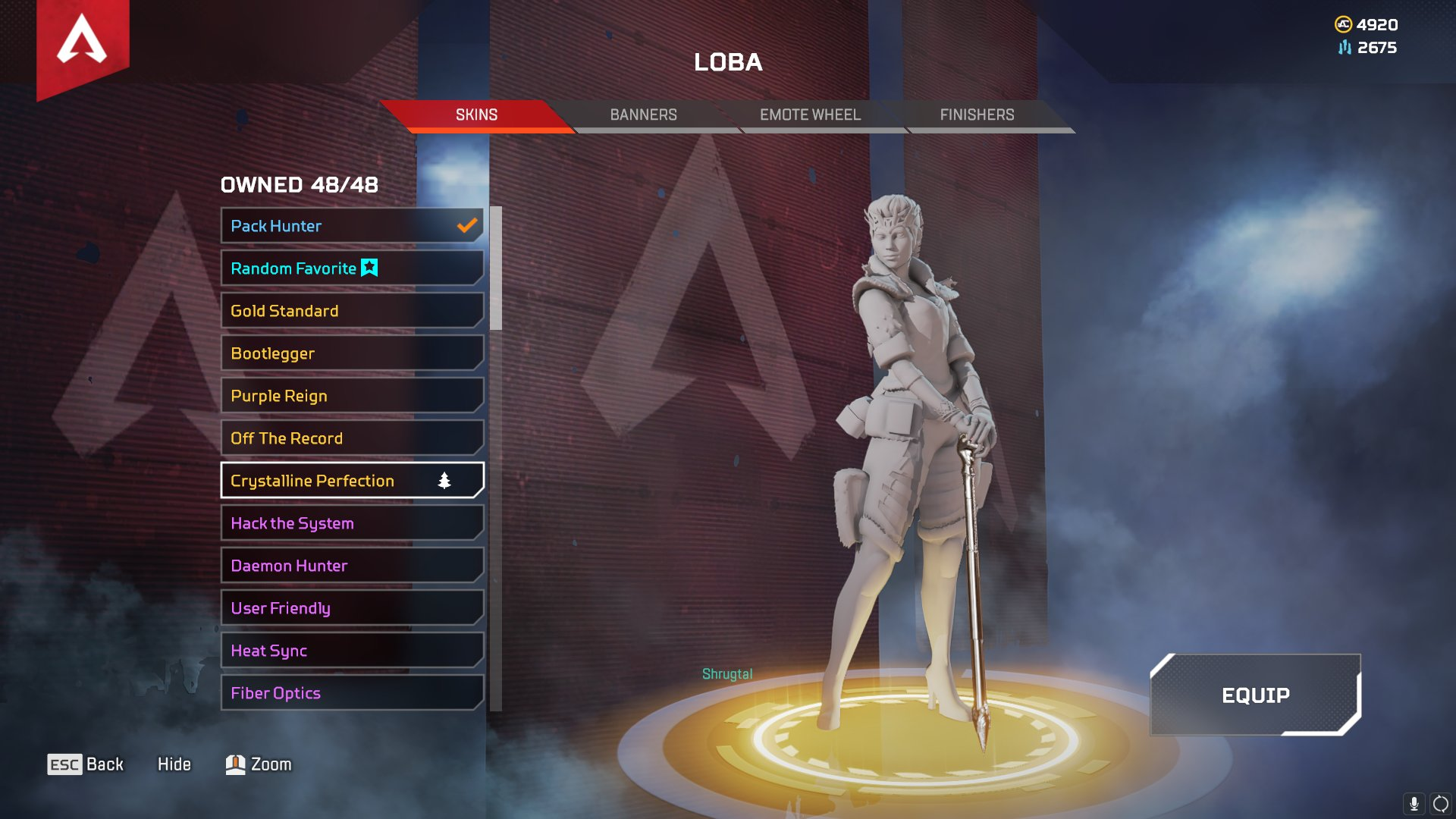 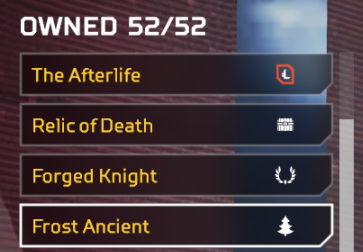 What skins do you want to see come to Apex Legends this holiday?

With Season 7 now live across all platforms, @Biast12 has revealed what badges await us:

These are rewarded for the following:

Certain members of the community were given the opportunity to play Season 7 before it's official launch.

One of those players managed to stumble across some Holo-Day Bash badges.

Check out the screenshot by Youtuber WaterGotHim below!

The caption of the badge reads “Earn points during the 2020 Holo-Day Bash event.”

As well as the badges that were discovered, some new Holo-Sprays were too!

The images below by wolfforever5 shows them.

@Biast12 I just noticed this randomly. It seems there will be a rare Holo-Spray for Christmas 2020. It seems to be called "Holo-Days". pic.twitter.com/tkI1KDnSpN

@shrugtal has given us a small glimpse at a themed Holo-spray: 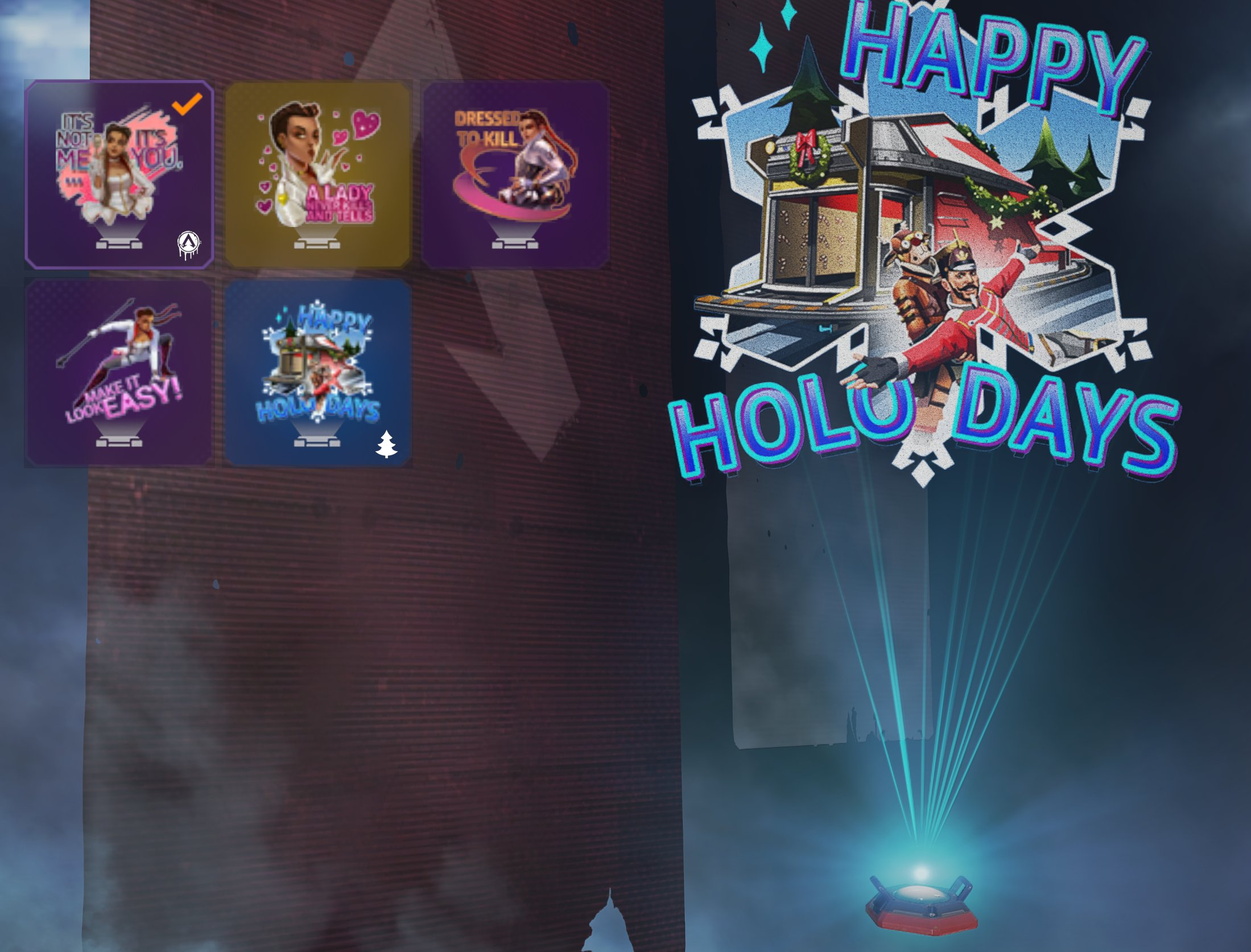 With the Season 7 update, @Biast12 has revealed all of the sprays in the files (some of which have already been added to the game): 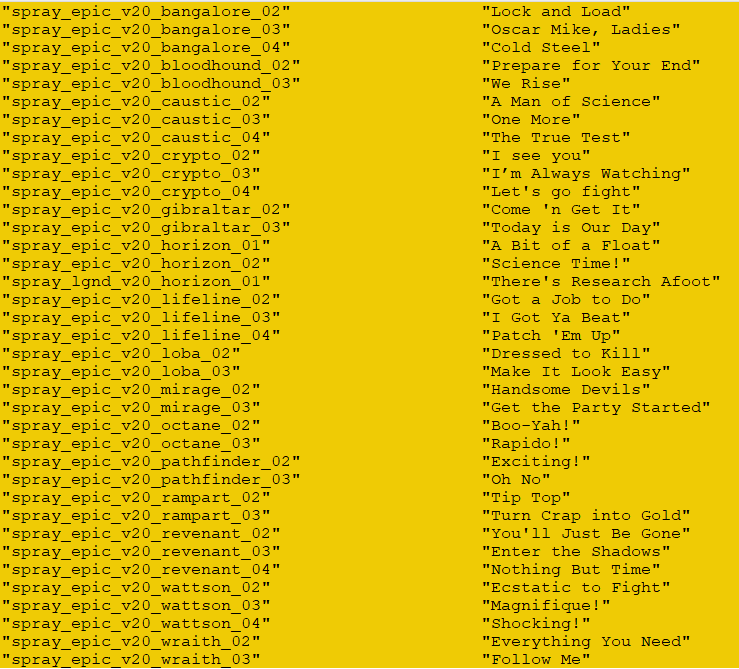