Is Sea of Thieves Worth Playing In 2020?

The promise of an adventure entirely of your making.

Sea of Thieves recently passed 1000 days since its launch back in March 2018, and if the regular posts from the Sea of Thieves account is anything to go by, it has only gone from strength to strength since then.

Over 15 million players have set sail on the seas with a full Steam release launched earlier this year and Series X/S optimisation on the new consoles that deliver 4k 60 visuals along with vastly improved load times. It has come a long way since its initial launch, and much of the criticism about lack of content has all but faded away. Regular updates, new mechanics, a new ship, new factions, a map extension, Tall Tales and timed events have meant that each time a player sets sail they are unlikely to have the exact same experience. 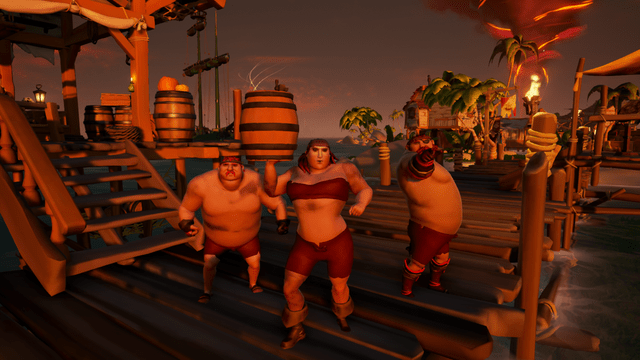 You never know who you'll end up adventuring with

From the outset, the development team at Rare talked about the concept of “Tools not Rules” in describing the way that players interact with the world in Sea of Thieves, and it is this concept that has kept me coming back day after day and year after year since the launch back in 2018.

Back then the game was criticised for its lack of things to do, but now there is arguably so much to do that it can be overwhelming for a new player coming in. There are still the three main trading company quests to follow – Gold Hoarders, Order of Souls and Merchant Alliance, but since launch, two others have been added.

Hunter's Call has you catching fish and selling them for gold at any one of the representatives located on the smaller Seaports dotted around the map. Each broad area of the map has different species of fish requiring different types of bait and certain in world events will also generate their own species of fish too.

More recently Reaper's Bones has been added along with an Emissary system that rewards players with bonus reputation and gold for handing in treasures associated with that faction. The Reaper's Bones is an entirely new faction with its own island shrouded in a thick cloud that has a specific focus on PvP. Players who choose to represent this faction are rewarded handsomely for hunting down and selling other player's hard-earned loot and cashing in their emissary flags. It isn't an easy ride though as their penalty for stealing is that they remain entirely visible on the map at all times, and a watchful crew can easily make manoeuvres avoid them. 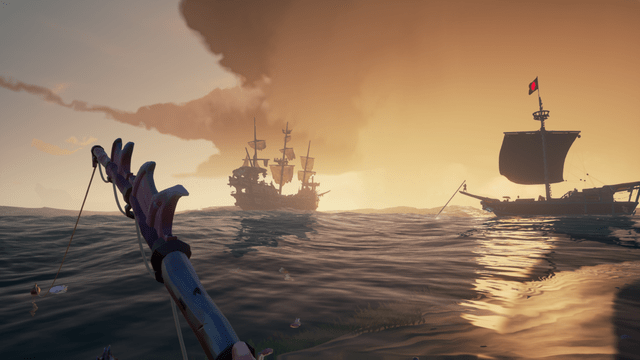 Sea of Thieves is a pure free-form sandbox, and it is at its best when you understand and appreciate this. Anything can happen at any time – you can spend an hour sailing from island to island digging for treasure only to lose it all when one of the many emergent events spawn on you and test your decision to not spend time stocking your vessel with wood and cannonballs.

Or, you can spend an hour and be attacked by another crew intent on stealing your hard-earned booty, only to emerge victorious because as they were chasing you a Kraken spawned on them pulling them into the depths. Sailing the seas is all about the stories that you and your crew create for yourselves, and this is its greatest strength and its greatest weakness.

It's a strength because there is freedom in sailing; there is no quest marker, no line on a map telling you where to go, there is just your crew, your ship and the wind. You choose the direction and go with whatever happens next. For some this can be overwhelming, a lack of structure or a guided experience can be confusing and Rare has done some work in this regard to introduce new players into this world.

Now a brand new player will immediately launch into the Maiden Voyage, a self-contained area that goes through at a very basic level how to navigate the seas. As the clouds part and they set sail for the first time towards the Sea of Thieves they are treated to just a few of the possible in-game environmental events that they will come across on their adventures.

A New Sense of Direction 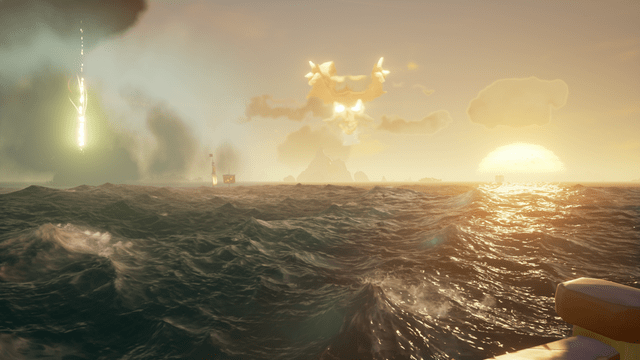 There's an adventure on every horizon

It is these adventures that have pulled me back time and time again.

The sense of freedom and choice is matched only by the beautiful art direction and superb audio. The light dances in the pools of water sloshing about on deck and the boat creaks and groans as it crests a particularly high wave in the midst of a storm.

Each island is a picture postcard of perfect sunsets, the silhouette of your ship perfectly encapsulating the call of the sea. Progression may well not be measured in terms of XP counters or your character gaining strength, but there is plenty of progression to be enjoyed in more subtle ways.

I have spent upwards of a thousand hours sailing these seas and I know the map almost as well as I know the streets of my own home town and yet it still continues to captivate me with something new each time.

There is strategy and cunning in your encounters with other players, and if you understand that success is more about the stories you tell afterwards than the gold that you lost or gained then you are in for a truly unique, entirely self-crafted adventure.