The latest instalment of the Black Ops series saw the return of the popular Zombies mode alongside a brand-new storyline.

Black Ops Cold War Zombies was meant to launch with a total of three maps, but due to the global pandemic, the mode only released with Die Maschine.

As the start of Season One moves ever closer, Zombies players and fans will be wondering whether the first wave of post-launch content will include any new Zombies content.

Season One will feature new Zombies modes but what about a brand-new map? Some new leaks may have uncovered some more intel.

Prior to the release of Black Ops Cold War, there was another map that was meant to be included alongside Die Maschine and a remake of Nacht Der Untoten.

Set in Vietnam, Firebase Z is an original map that will play host to the second chapter of the story where Requiem and Omega Group attempt to uncover the secrets of Dr. Vogel’s experiments.

For those hoping that the new map will arrive during Season One, you may have to wait a little longer before getting the chance to play the new map.

According to notable leaker Tom Henderson, Firebase Z will not be added to Black Ops Cold War until February 2021 at the earliest. This is certainly disappointing news for those that have already explored Die Maschine. 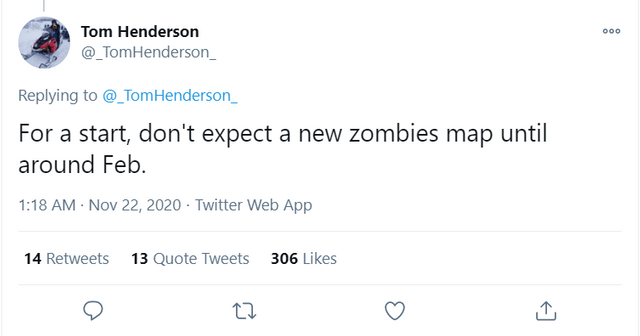 Throughout Die Maschine, there are various pieces of intel to collect which adds a wealth of information to the story.

The intel confirms Firebase Z will be set in Vietnam, specifically in the Huong Hoa district of the Quang Tri province.