Are you feeling lucky, Punk?

Cyberpunk 2077 is here, and the huge and expansive world of Night City sounds like it'll be even better to explore with friends.

While the game is single-player at launch, the game will get multiplayer at some point in the future alongside other DLC content.

Considering the troubled launch of the main game, though, it sounds as though things have been pushed back somewhat.

Dataminers have managed to uncover some information about what multiplayer will be comprised of as well!

Here's what we know about the Cyberpunk 2077 multiplayer.

Click the links below to read more about Cyberpunk 2077's multiplayer: 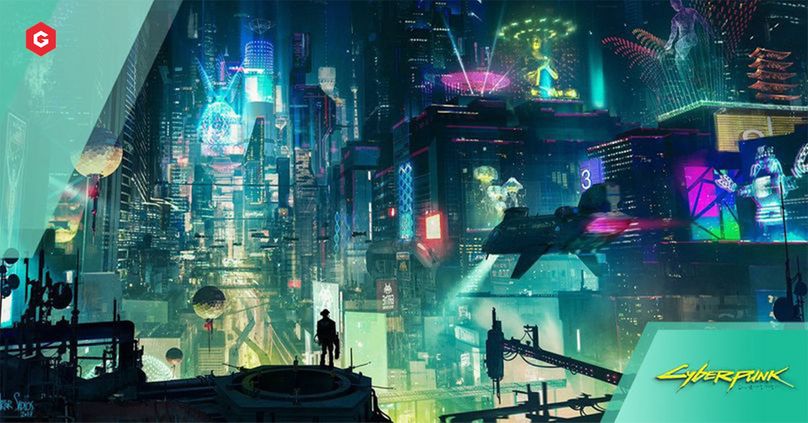 Multiplayer And DLC Not The Focus - 17th December

Perhaps we may see a delay on the release of the multiplayer?

CD Projekt Red was talking a big game when it came to free DLC drops, but due to the horrible nature of its initial release, it could be this is pushed back.

For those uninformed, the single-player has launched in a terrible state and the studio is aiming to fix the many issues with the game.

President Adam Kiciński admitted that it’s “too early to judge” what’s going to happen to its post-release plans.

“We're in a situation which wasn't planned, and we'll have to reassess where we are, and that's the plan for January. So now we are managing the situation of the single-player, we are working on patches and communication, and to refocus on gamers. We have to sit and discuss.”

There were little concrete details on when we might see a multiplayer mode and it looks even less likely now that CD Projekt Red is focusing on fixing and improving their game before considering DLC and post-launch content.

We're hopeful that the multiplayer element of the game will launch in Q1 2021. But, that could be delayed to later in the year and potentially 2022.

During CD Projekt Red's Q3 earnings call, Seeking Alpha was able to transcribe the call and note some important details.

"So, first, we don't call it modes. It's a separate dedicated production, a big production. And we plan -- we think about it as a standalone product."

"Obviously, it's not entirely standalone as it comes from the universe of Cyberpunk and is very much related to the concept of single-player Cyberpunk we -- I came up with. But from our perspective, it's -- is another independent production and independent team of people works on it."

"And there's -- I said already we are not focusing right now on talking too much about other future products, products that are to be released after Cyberpunk."

"So please be with us in the first quarter of next year when we plan to share some strategy update."

"And I believe Cyberpunk multiplayer will be possible."

If you like reading between the lines, you could assume that they want to keep the door open for an early launch, but keep it closed enough if they find themselves held back by delays.

I'm not sure they can afford another series of broken promises regarding the launch of their product.

According to previous reports, Cyberpunk 2077 won’t be getting that expansion until maybe 2022, but perhaps that could change?

In the November 25 call Adam Kiciński, when asked if 2022 was still the plan, he chose to dodge the question.

However his, “we haven’t announced any date so far”, response could suggest the Multiplayer Expansion could be coming sooner than we think?

CD Projekt Red would be wise not to delay it for too long, otherwise, they risk alienating a lot of customers.

But, it was reported recently that a dev has spent over 175 hours playing the game - indicating that there will be no reason for consumers to want to rush into a multiplayer mode.

GTA 5 waited a full month before releasing the multiplayer portion and there's no doubt a lot of players had moved on to other games by then with nothing to do after finishing the main story.

But ultimately, the success of that game speaks for itself and I'm sure whatever they decide to do will be a success (providing the game doesn't flop).

It's clear that this mode will be well looked after and has already set a benchmark to abide by; a very good sign for the longevity of the game.

No real details have been shared on what it will comprise of, but fans have likened it to be a futuristic successor to GTA Online.

But, so far, CD Projekt Red has remained quiet on the details.

In a recent earnings calls Adam Kicinski, joint CEO at CD Projekt Red, said that the Multiplayer is less a "mode" and is being considered more a "standalone product".

Perhaps this means that the multiplayer will be more akin to GTA Online, with its own separate content and updates to keep players entertained.

We'll hopefully learn more after release, probably sometime near the beginning of 2021 to keep fans engaged!

Read More: Cyberpunk 2077: DLC And Multiplayer Will Be No Less Than Witcher 3

The cost of these and what that will include is currently unknown.

While the single-player features no microtransactions, the multiplayer portion will be a different story.

CEO Adam Kiciński noted that monetisation is something the team had planned for.

The company's president explained that "the goal is to design the monetisation in a way that makes people happy to spend money. I'm not trying to be cynical or hide something; it's about creating a feeling of value."

"Same with our single-player games: we want gamers to be happy while spending money on our products. The same is true for microtransactions: you can expect them, of course, and CP is a great setting for selling things, but it won't be aggressive; it won't upset gamers but it'll make them happy—that's our goal at least."

We can expect these largely to revolve around cosmetics and other portions of the game that do not effect gameplay specifically.

Read More: Cyberpunk 2077 Will Offer Microtransactions In Multiplayer, But Not In Single-Player Mode

Will It Include Crossplay?

At this time, it remains uncertain if Crossplay will feature in the game.

So what's stopping CD Projekt Red from doing the same? It could delay the release of a multiplayer mode, or it could be the delayed release of multiplayer is due to their desire to include crossplay.

Will There Be Co-Op?

If there is an online multiplayer portion of the game it's more than likely going to include Co-Op elements.

Completing story missions or activities with others would be a fantastic way to embrace the life of Night City and keep the game alive for the long term.

Will There Be PVP?

If there is an online multiplayer portion of the game it will include PvP activities.

Whether this will be similar to GTA Online in a sandbox type style. Or whether it will be more strict in Call of Duty styled deathmatches.

Hopefully, we'll get to have heist like activities and car races around the Dystopia that Mike Pondsmith has created.

Dataminers have uncovered a host of new modes that relate to multiplayer, according to DSOGaming.

Code related to Heists suggets that players may be able to choose from various character classes in a co-op mission-based game mode.

It also hints at multiplayer being P2P connections rather than on dedicated servers; it's important to understand that this could change in the future.

The game’s executable file has two distinct MP game modes. The first one is called Heists, whereas the second one is a simple Deathmatch.

Heists seem to function closer to standard single-player quest, along with dedicated functions with editor helper descriptions such as:

You can see all of the datamined information here.

While we don't have footage of the multiplayer portion in Cyberpunk 2077, we have plenty of single-player footage in the wild that could create the basis for a multiplayer mode.