FIFA 21 TOTW 7 LIVE: Team of the Week 7 Squad, Predictions, Release Date And Time, Countdown, Leaks, How To Get In-Forms And Everything You Need To Know

Team of the Week is back for a seventh week in FIFA 21 Ultimate Team and it is now LIVE!

Over the past weekend, a selection of players rose above the rest as top performers. These players will receive a special upgraded In-Form card to reflect their performance.

TOTW 6 was rather disappointing, but week 7 will be much improved so your efforts in the Weekend League won't be wasted.

Featuring Bruno Fernandes and Lionel Messi as the marquee players this week.

There are a few other players that could enter the mix, depending on how generous EA is feeling, such as Lionel Messi and Hakim Ziyech.

FIFA 21's seventh TOTW will be revealed on the 11th November at 6pm GMT.

They will then be removed from packs at 5.59pm GMT the following week (18th November). 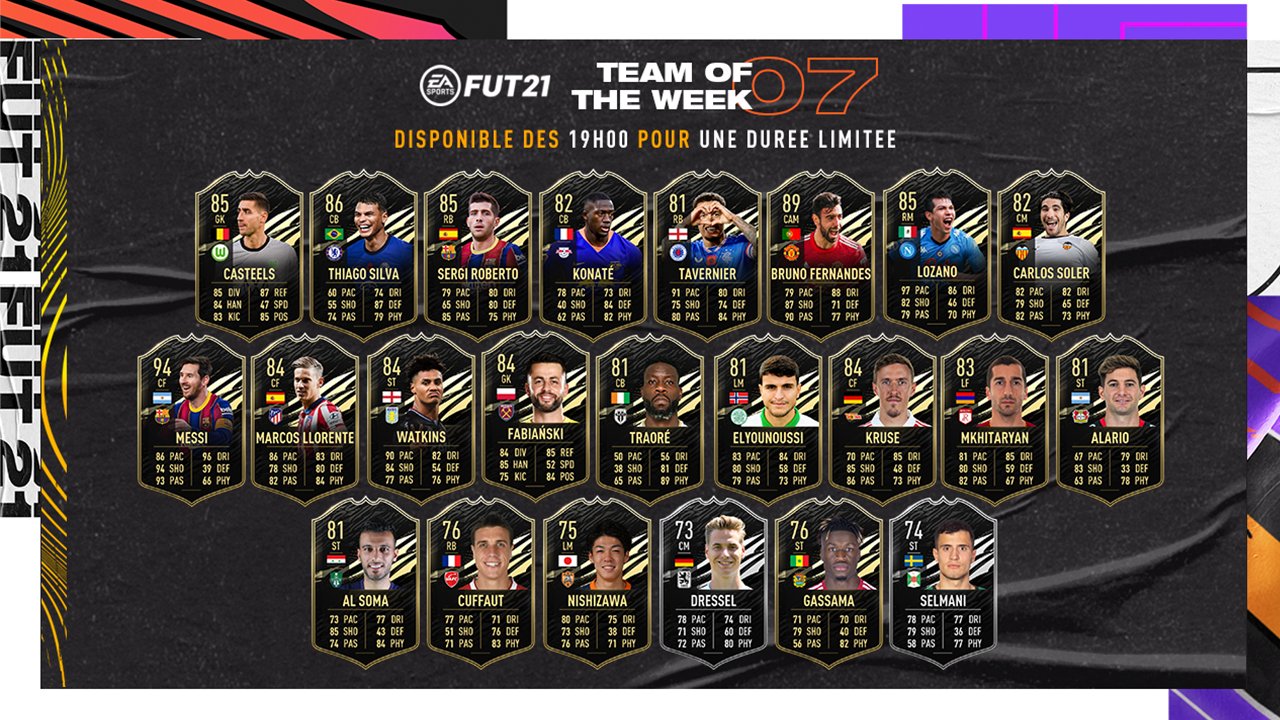 Team of the Week 7 Predictions

TOTW 07 features a somewhat mediocre set of players before we head into the international break, with very few standout selections, unfortunately. 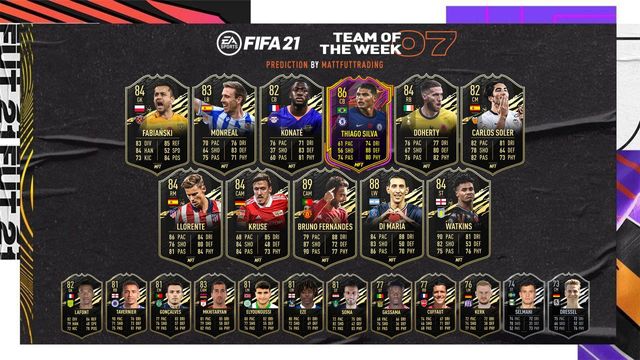 An all-important penalty save (not the hardest one ever), and a clean sheet puts Fabianski in good stead to be a GK selection for TOTW 07.

Monreal put in a MOTM performance scoring a goal and keeping a clean sheet in a 2-0 home win over Granada, surely enough to secure him an IF.

Both Konate and Angelino have the potential for an IF this week, both scoring a goal and keeping a clean sheet in Leipzig’s 3-0 home win over Freiburg. We’ve gone with the Frenchman given Monreal’s Spanish LB inclusion.

The Brazilian is once again in our TOTW Prediction, with a goal scored against Sheffield Utd in Chelsea’s 4-1 win at the weekend. While this may not sound like much, given that he’s an untradeable OTW card, EA may put him in to reward those that completed him.

A crucial 88th minute assist from the Irishman secured Spurs yet another important win away at West Brom, and given his clean sheet as well, he could be included in the TOTW.

Carlos Soler’s hat-trick in Valencia’s 4-1 demolition of Real Madrid simply cannot be ignored this week. He’s a dead certainty to get an IF and should be a central card.

While Joao Felix would usually get the IF for his 2G and 1A in Atletico’s 4-0 win over Cadiz, given his inclusion in TOTW 6, he’s ineligible.

For that reason, Marcos Llorente may get in for his 1 goal and 1 assist. Some debate over positions here, with some outlets citing him as a wide CAM, others as a right midfielder.

1 goal and 2 assists for the German in Union’s 5-0 thumping of Arminia Bielefeld will be more than enough to secure him an IF.

Bruno’s 2nd IF of the year already is confirmed with his 2 goals, 1 assist and gritty MOTM performance against Everton in the Red Devils’ 3-1 win on Saturday.

Di Maria may be either a RW or LW position this week after his impressive 2 goals and 1 assist plus MOTM in a comprehensive 3-0 home win over Stade Rennais for PSG.

Another potential 2nd IF here, with Ollie Watkins bagging himself another 2 goals in a massive 3-0 away win over Arsenal at the Emirates. With somewhat limited striking options in this TOTW, he looks to be the favourite.

Who Else Could Feature?

Our Friends at RealSport101 have also given their predictions for TOTW 7 - check out who they think will feature: 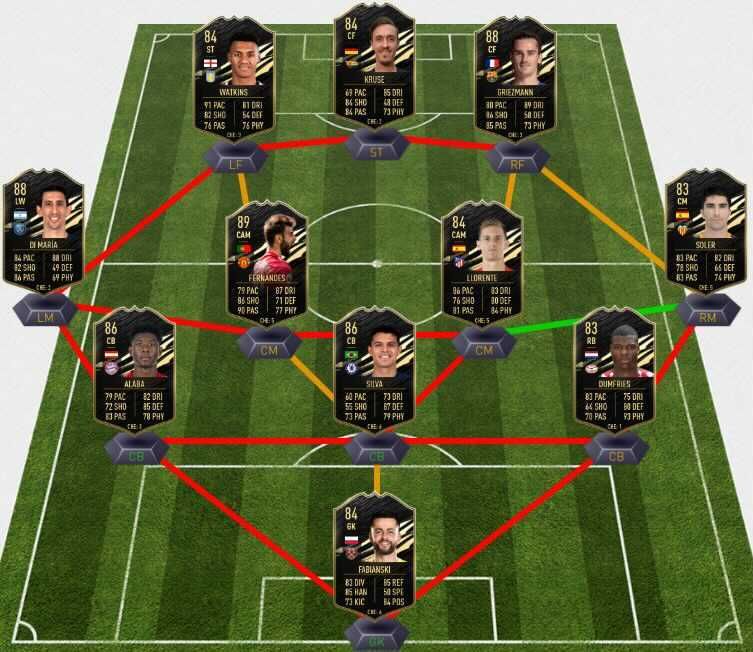 A great set of predictions with some killer stats - check out what ratings RealSport have awarded this week's TOTW here!