Fortnite Captain Marvel Skin: Release Date, Skin Price, Backbling, Glider, Pickaxe, How To Unlock It And Everything We Know

Bring in the Air Force

Fortnite Chapter 2 Season 4 was jam-packed with Marvel skins for our favourite heroes.

But a few of our most requested characters are still missing from the roster.

Though perhaps for one of them that is all about to change, is Captain Marvel going to make an appearance?

This cosmic-powered superhero could be may not have helped the Avengers defeat Galactus, but maybe she'll still dominate on the battlefield in Chapter 2 Season 5!

All the cosmetics for Captain Marvel have been decrypted, so here they are 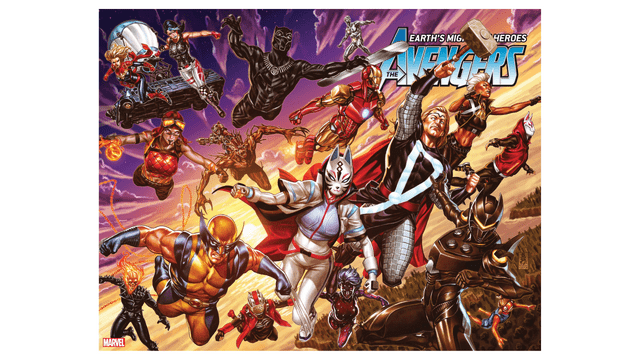 If you don’t remember Nexus War is the name given to the Marvel-Fortnite crossover event.

With her appearing so often it seems almost impossible that she won’t make a full appearance soon.

Then there are a few leaks.

Back during Season 4, Twitter user SizzyLeaks and AthenaBigBoi discovered some interesting particle effects for a fireball with codename ‘Cherry’.

But while that amounted to little, a new tweet shows off her skin in-game.

Captain Marvel will be released in the Fortnite Marvel Royalty And Warriors pack!

There is no date confirmed yet, but we will update this as we learn more!

Though with the skin in the game's files it can't be far away.

Based on her design on the Nexus Wars covers, Captain Marvel will likely don a suit and hairstyle MCU fans will recognise from the films.

Her iconic blue, red and yellow bodysuit, potentially with both shorter and longer hair or a mask as variants.

We could also see her classic black and lightning bolt adorned costume, but given the association with the new Ms. Marvel, we likely won’t.

Update: We will instead be getting a glowy golden version!

This is certainly a tough one to predict.

Some ideas include her caring a pack with her cat Goose in it like previous pets.

We could also see her iconic logo appear as a fiery hologram like the Star Wars skins.

Other than that, we’re not too sure.

Captain Marvel is not known for capes, so that easy guess is out the window.

Captain Marvel may not carry a weapon, but her firey cosmic powers would really suit an energy pickaxe like Psylocke and Storm wield.

So it’s likely Captain Marvel will use something similar.

We’ll update this page to let you know more as new information comes out!