Pokemon Sword and Shield: Tips and Tricks Tutorial For Beginners And Experts

Every Pokemon generation has its quirks and tricks to take advantage of. Pokemon Sword and Shield is no different -- here's how to get the most out of your game.

A new Pokemon generation means a new Pokedex with new and familiar travel and battle companions alike, and various ways to 'Catch 'Em All'. Sword and Shield, the Pokemon franchise's mainline console debut, is especially rife with unusual evolutions, game mechanics, and other details.

Each game comes with exclusive features, so before we begin with our tips and tricks, we advise you get familiar with the Pokemon Sword And Shield Differences, such as the exclusive Pokemon and Legendaries available in each game.

You absolutely want to get familiar with how the game works and be aware of simple tips that can really give you a head start on your adventure; these will help you avoid simple mistakes that can end up being costly later on; such as which starter Pokemon to pick.

Sword and Shield will be its own new generation of Pokemon, meaning it will offer one-of-a-kind Pokemon exclusive to the Galar region. You can view these in our extensive Pokedex guide.

The beginning of every Pokemon game is perhaps the most essential part of any player, it is the foundation of your game and can make or break the experience. For some players this will be the first time they ever play the amazing RPG, so what are some first time tips?

At the beginning of the game, you will have a choice between 3 Pokemon: Grookey (Grass type), Sobble (Water Type) and Scorbunny (Fire Type).

In past games, usually water types are the best starter Pokemon, due to the fact they have the least weaknesses and those that they do are from types that have less quality Pokemon. It's also far rarer to find a good water Pokemon for your squad, as you will need to make your way to the sea or grab a fishing rod to encounter water Pokemon. However, the first gym is a grass based one, meaning Sobble will find it tough compared to Scorbunny (with Grookey having little influence either).

Grass type Pokemon are usually plentiful in the early stages of the game, it has also been confirmed that Grass types will be in abundance in Sword and Shield, potentially rendering Grookey obsolete. However, he could develop into a fighting-type Pokemon that will do great against some of the more tricky Pokemon later on.

Of the three, Scorbunny and Sobble will likely have the most unique final evolutions and movesets as well as the best damage outputs; but until we know what these are, we cannot be sure.

When you are first exploring the new and immersive Galar Region, you may want to catch every Pokemon in sight. While this may be a fun way to play the game, you may find yourself encountering a lot of the same typing of Pokemon early on, in past Pokemon games we have seen the earlier Pokemon primarily be Normal or Bug-type.

Falling into this trap of having multiple Pokemon of the same typing can lead to a terrible experience when you have to battle other players. Imagine having a team full of grass and bug type Pokemon only to encounter a trainer with a fire type Pokemon, Ouch!

So it's not only crucial to choose your Pokemon wisely, by diversifying what types you catch for your main team, but also being aware of what types are strong or weak against each other. Here's a simple chart to understand what beats what: Try to familiarise yourself with this or keep it on hand when playing; it will make your life much easier and help you catch/use the right Pokemon.

Introduced during the earlier portions of the Pokemon series, the EXP Share has become one of the most well known and beloved items ever introduced in Pokemon. Acting exactly like its name, the EXP Share shares EXP with your party members even if they are not in battle (back in the very early stages of Pokemon games, only the Pokemon in battle would receive EXP).

This item became the best way to level up a newly caught Pokemon, especially if your other Pokemon were higher levels. Now, the EXP Share acts as a global EXP Share for your entire party. Every Pokemon in your party will gain some experience after every encounter. A true saving when it comes to leveling up your Pokemon and saving you from having to field a weaker Pokemon in battles.

Read More: Pokemon Sword and Shield: Differences And Exclusives In Sword And Shield On Nintendo Switch

Leveling up is the key to getting stronger, winning gym badges and eventually concurring the Pokemon League. If you want to have a smooth ride through the game, spending a little bit of time early on beating up low level, wild Pokemon can level up your starter Pokemon and help you easily progress through the beginning stages of the game; even when you're at a type disadvantage in battles. It's also a great opportunity to learn about the different Pokemon available

You may come across a Pokemon you really want and settle on the first one you catch, however that doesn't necessarily mean it is the best one. You can find the same type that is a higher level, has a different move set or better IVs. These can all contribute to making a Pokemon better for your team and stronger in the long run; be sure to take your time before settling on one.

Will this be your first time playing a Pokemon game? Let us know by tweeting at us!

CLICK BELOW TO SEE THE SWORD AND SHIELD POKEDEX! 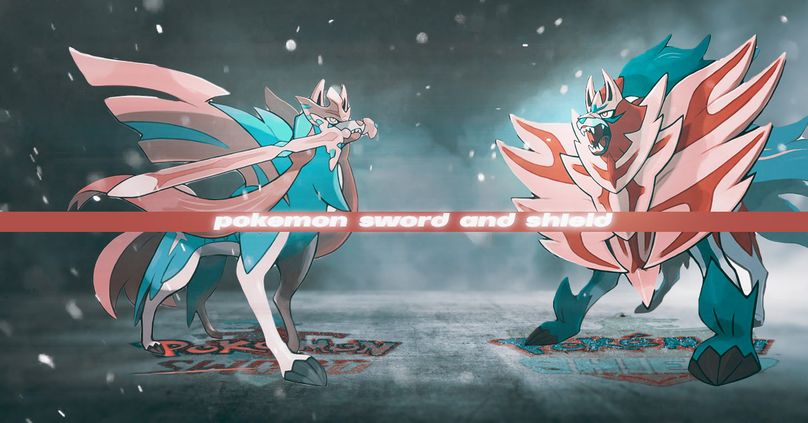