FUT Season 2 is live, check out all the rewards now!

We're also expecting the introduction of the first Icon Swaps set into FUT 21.

With Season 1 coming to a close, we're getting a brand new set of rewards spanning across 30 levels and players are hopeful for some more appealing Storyline players; considering that last seasons were pretty poor.

The meta has progressed rapidly with so many opportunities to earn coins, players are hoping that the rewards will reflect this change.

Here's what we know about the second season of FUT.

This season will last for 43 days in total - expiring on the 2nd January.

Icon Swaps have been confirmed to be starting during December, meaning that they’ll be dropping at some point throughout the next FUT Season, likely with time limited objectives, similar to how they ran back in FIFA 20.

To keep up to date with all the latest news on Icon Swaps and Icon Swaps Set 1, you can visit our article here. 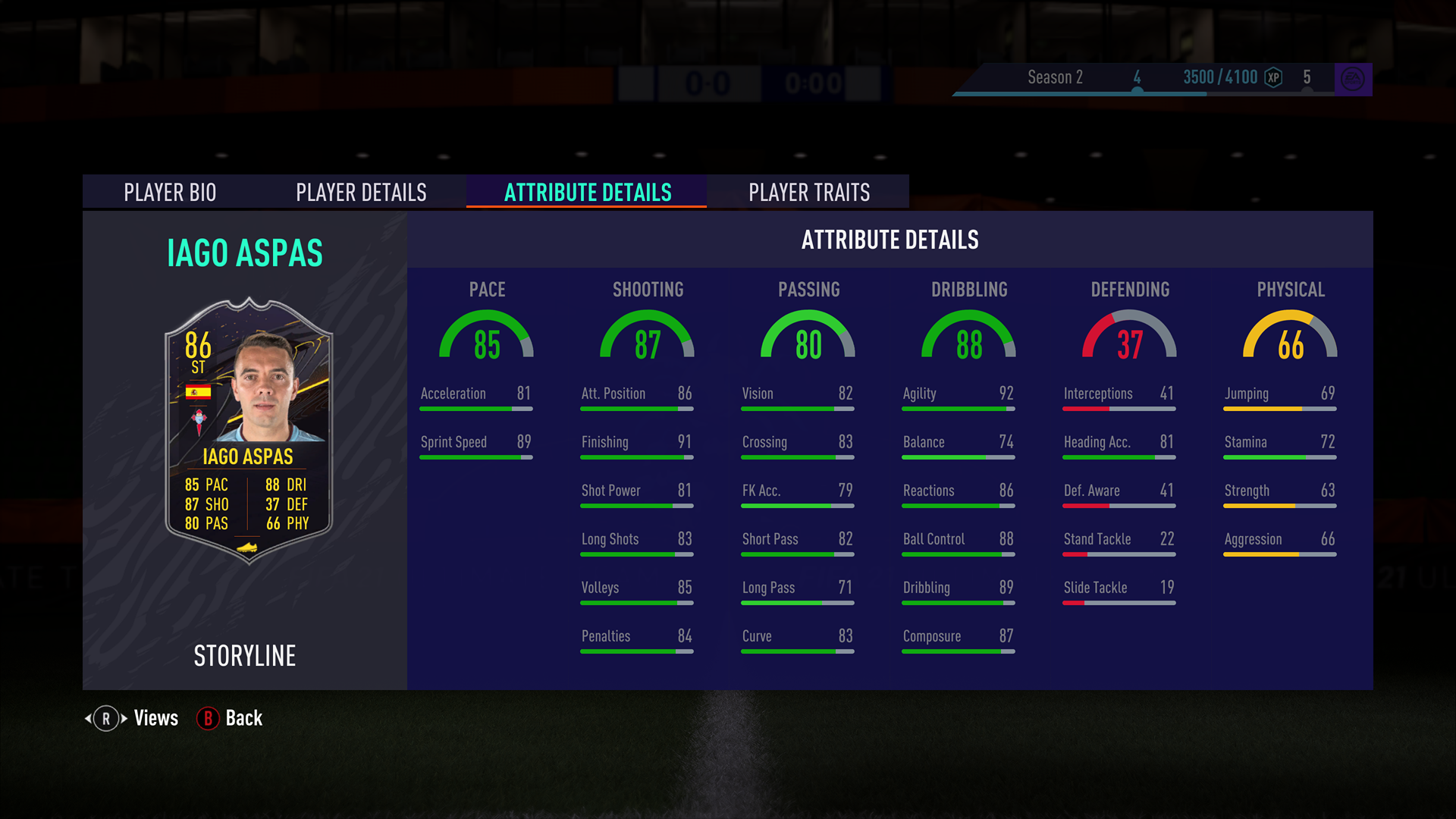 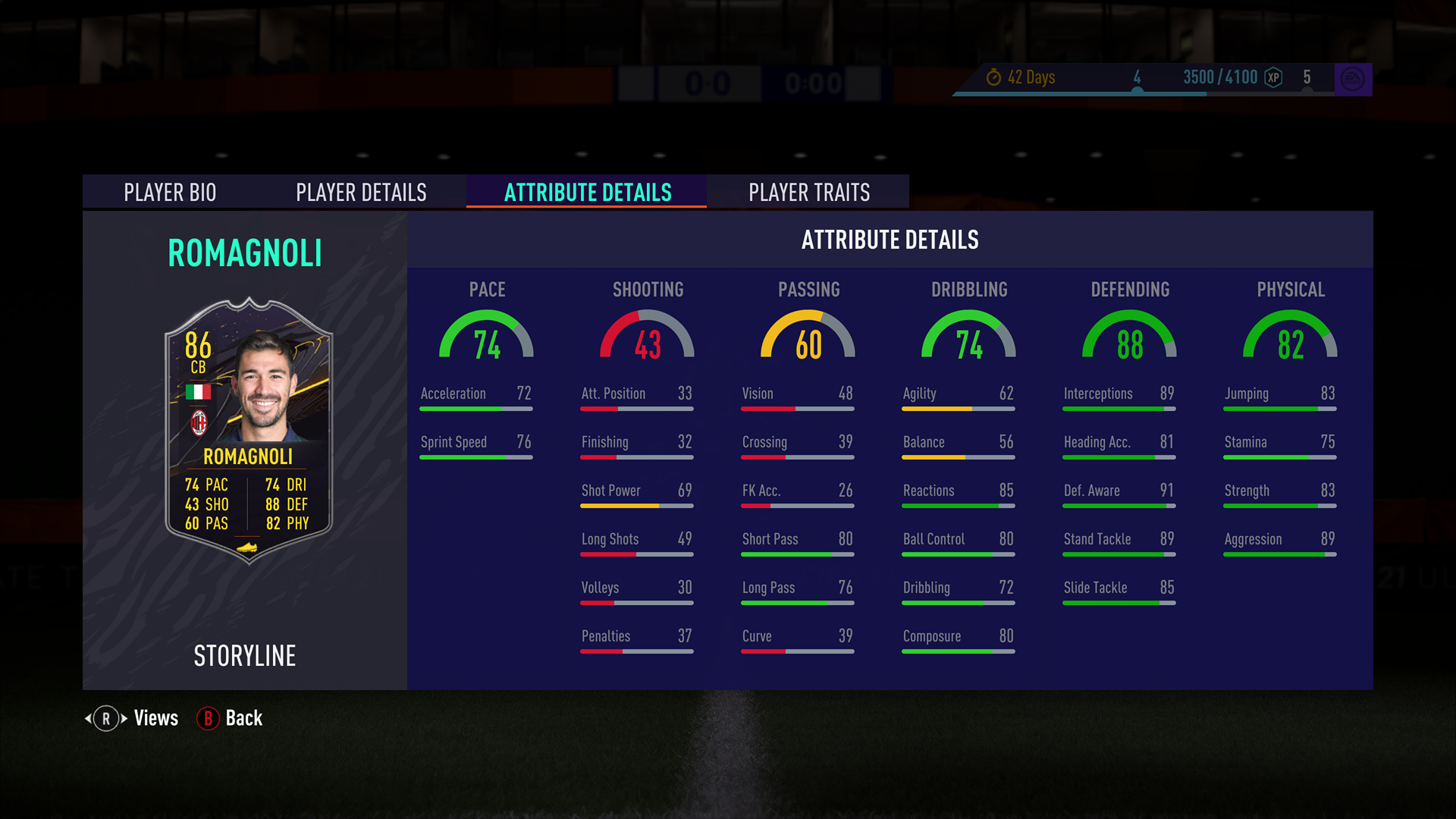 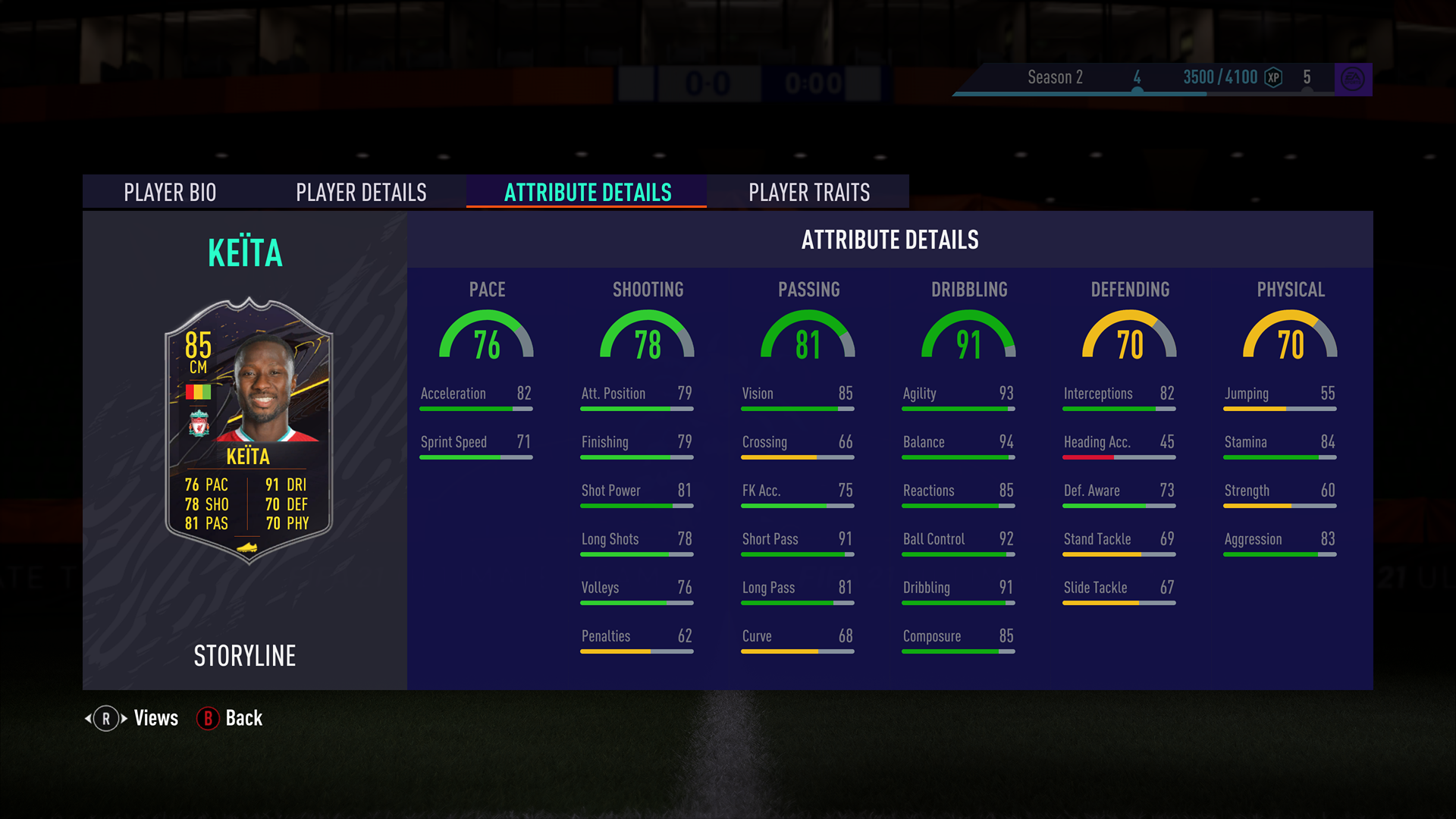 Moving on to the level 30 rewards, you’ll have a selection of Iago Aspas, Alessio Romagnoli and Naby Keita.

While these aren’t necessarily the most desirable rewards for reaching level 30, a feat which requires you to earn a whopping 100,000 XP over the next 6 weeks, they’re not the worst cards possible.

For us, we like the look of Romagnoli, given somewhat of a lack of good quality Italian and Serie A CB options. With links to the likes of Rulebreakers Calhanoglu and IF Theo Hernandez, he fills some gaps in squads, and looks to be a well rounded CB option.

Iago Aspas may look to be an okay ST, with decent pace, shooting and dribbling, however is let down by only having 3* skill moves. It would appear that there are better options in this position in the league.

Finally, Keita will be a popular choice simply due to the fact that he plays for Liverpool in the Premier League, however with only 76 pace, 70 defending and 70 physical, he may struggle against high quality midfielders, and with mediocre shooting and passing, there are question marks over how effective he can really be in game. 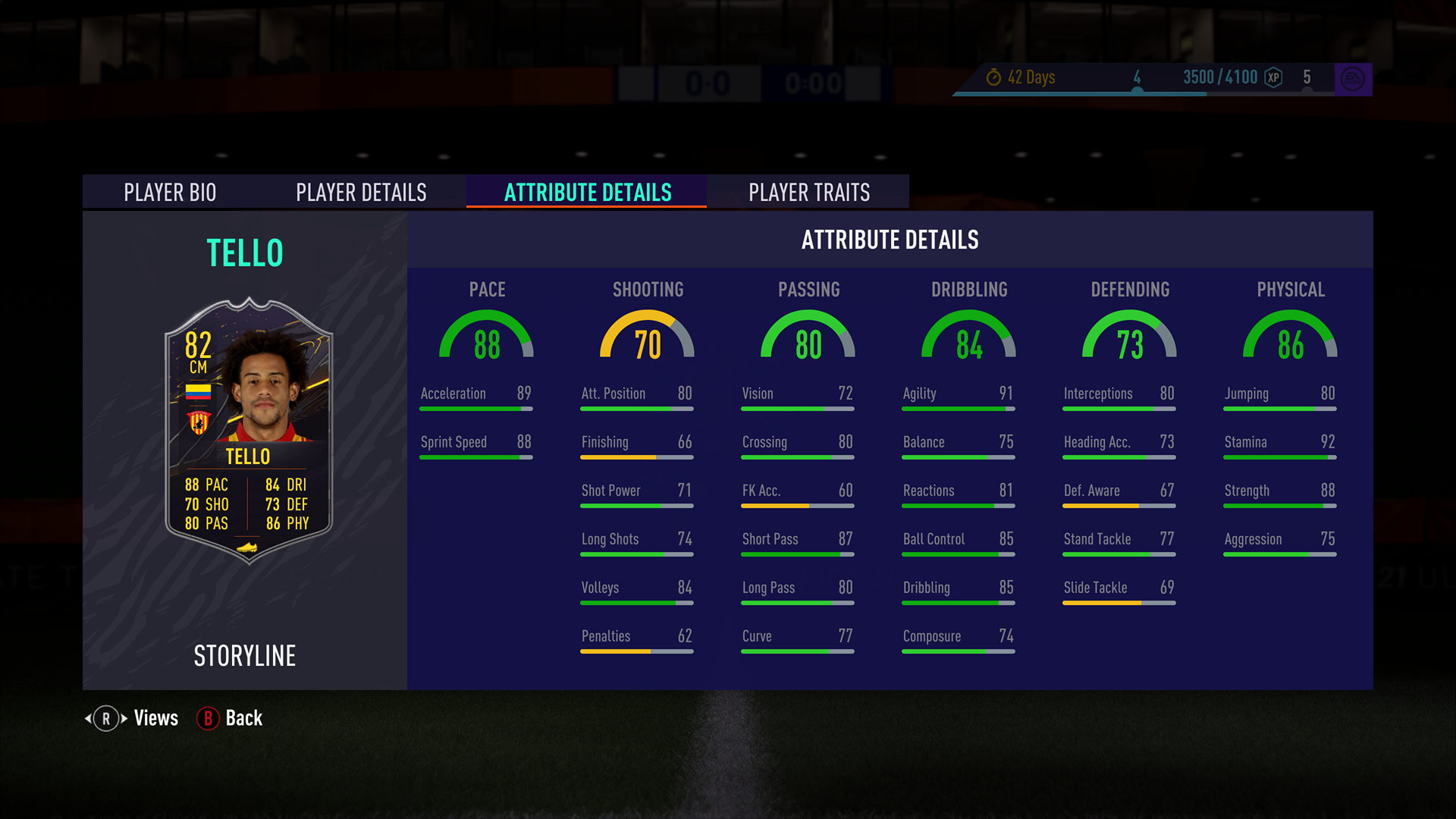 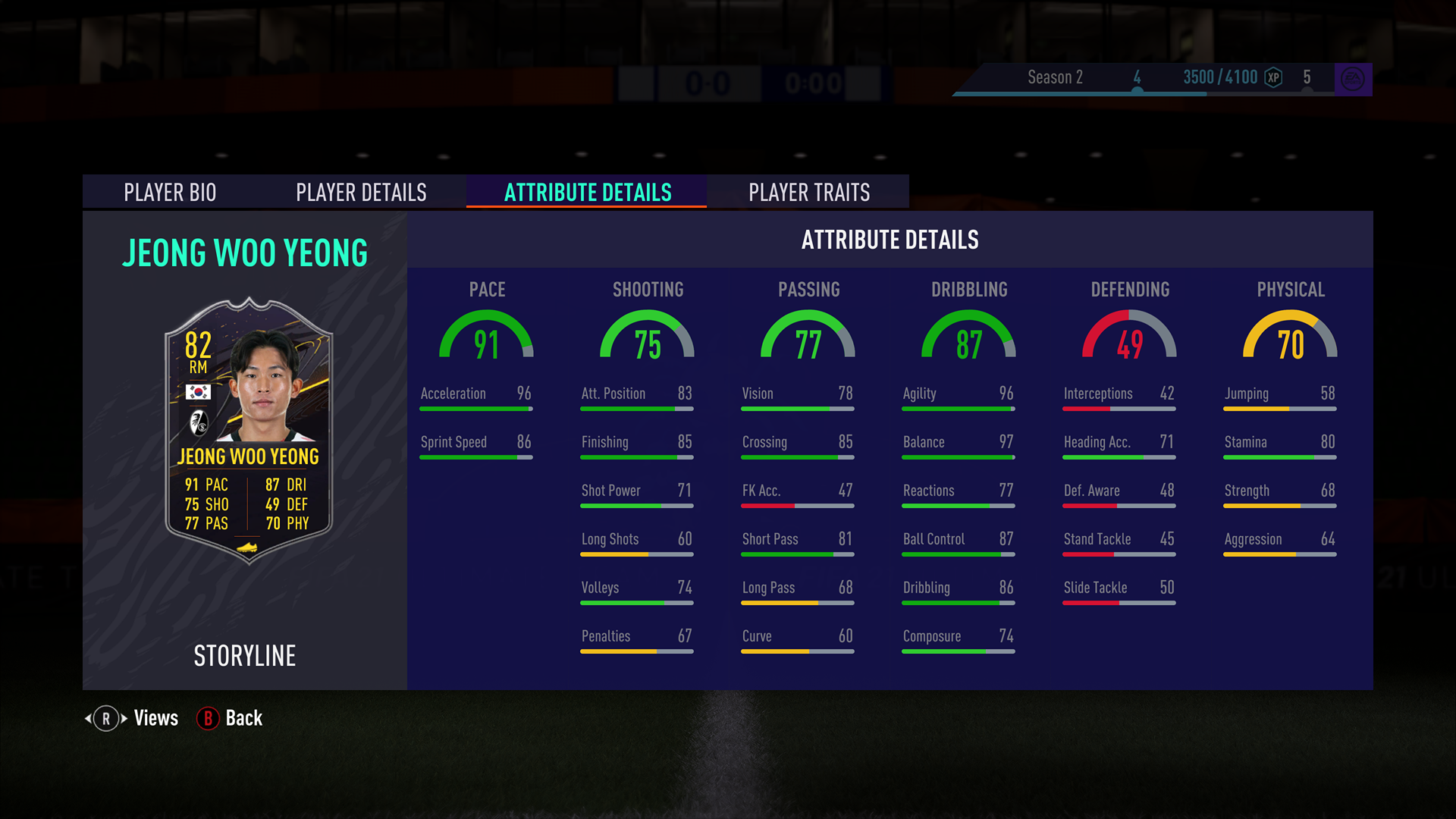 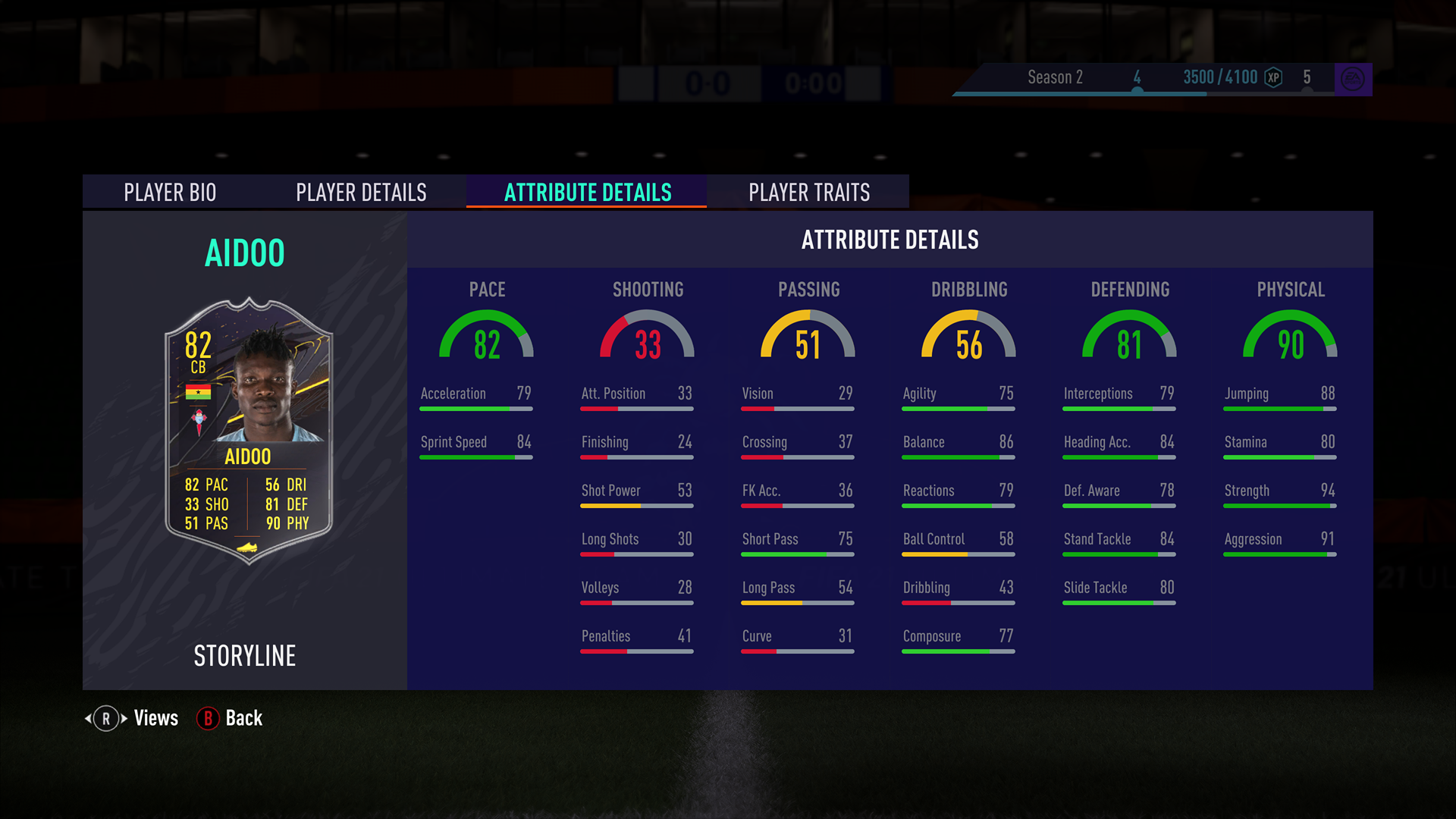 For reaching level 15 in FUT Season 2, you’ll have the choice of Andres Tello, Jeong Woo Yeong and Joseph Aidoo, but which one looks to be the best option?

Going purely off the cards, you’d have to argue the best pick is the Colombian, Andres Tello, who’s card looks very interesting with 88 pace, 86 physical and decent technical stats. Why he may not be the best attacker or defender with only 70 shooting and 73 defending, his pace and physical stature will make him a useful asset.

Out of the remaining 2 cards, Joseph Aidoo looks to be the one to go for, for his pace, defending and physical attributes.

Ultimately, the decision is yours, choose the one that you like the look of the most and will help fill some gaps in your club!

Based on last season's rewards, here's what we're expecting:

Outside of the generic FUT Season 2 Rewards, which will include coin rewards, untradeable packs, loan players, tifos, badges, stadium themes and other club customisation items, there are other types of content we can expect to arrive.

Milestone objectives will be an area we’d expect EA to build upon throughout the period, with more objectives similar to the MLS Squad Foundations set that was released earlier this month.

We’re also expecting more Special Item Objectives similar to Mollet to be released throughout the season, offering objectives to be completed in Live FUT Friendlies, similar to the league milestone players that were released during FUT 20.