The leader of 'Demon Dogs' is coming to Modern Warfare and Warzone.

Let's be honest, everyone loves hearing about new content coming to Modern Warfare and Warzone.

This is especially the case when it involves new operators.

Operators give players a chance to play as their favourite characters from the Call of Duty narrative in-game.

Although a lot of Operators have been added, there's still plenty of interesting characters to join the roster.

According to @WarzoneNewz, we can expect a new face on the operator list very soon.

In a recent post, @WarzoneNewz reported operator Griggs will be arriving soon.

This is certainly exciting for players as more operators to choose from is never a bad thing.

But who is Griggs and how has he contributed to the Call of Duty narrative?

He is the leader of a U.S. Marine unit called 'Demon Dogs'.

In the narrative, Griggs helps C.I.A operative Alex capture Omar "The Wolf" Sulaman in a hospital in Ramaza, Urizikstan.

Although Griggs doesn't have a huge role in the recent Call of Duty narrative, it's still an exciting throwback for fans.

Of course, take his potential arrival with a pinch of salt as we have not had any confirmation from Infinity Ward.

However, make sure you keep your eye out for Operator Griggs and pick him up when he arrives in Modern Warfare and Warzone. 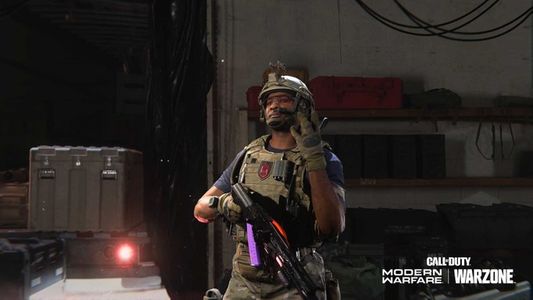 Halloween is approaching and Infinity Ward is planning on adding some spooky cosmetics to the game.

Check out our article that covers the leaked Halloween Warzone and Modern Warfare cosmetic bundles here.