It's the same as before, sans meat. Check it out below. 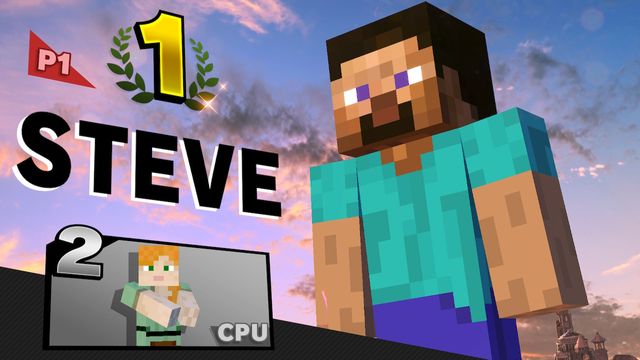 Super Smash Bros Ultimate might be one of the more family-friendly fighting games on the market, but it would be fair to say that new addition Steve didn't get the memo.

The Minecraft character's new winning screen is, as reported by NintendoLife, somewhat unfortunate.

As per a tweet from Nintendeal, Steve's steak is positioned in a position that honestly, we're surprised wasn't spotted by the dev team.

As you can see, the blocky fighter is carrying his steak in an unfortunate way, and is sure to be meme-fuel for months.

For more on Steve, be sure to check out our full guide to the character here.

In other Super Smash Bros Ultimate news, the game could be getting some netcode improvements in the coming months.

That's according to the director of Tekken 7, who revealed on a recent live stream that Masahiro Sakurai was very interested in the game's promised online upgrades.