Is Minecraft stuck on the red Mojang title screen? Read this...

Minecraft on PS4 has a rather big issue which has been impacting PlayStation players for quite some time.

Namely, players on PS5 keep encountering a rather frustrating bug when attempting to load the game.

But rather than being greeted with a wonderful blocky intro, the game instead gets stuck on 'the red screen of death'.

Or as you probably know it, the red Mojang Studio's title card which shows when the game is booting up.

However, for some players, the game is getting stuck on this screen, unable to progress.

This isn't exactly a 'new' bug, it's been an issue with the game for months now.

I recall writing about this same issue when the Nether update released back in June. But I wouldn't be surprised if it was causing issues for players long before the release of the Nether expansion.

What's interesting, if that's the right word, is that the issue only appears to be impacting PS4 players. Those on Xbox One, Nintendo Switch iOS, Android, Windows 10, and more don't seem to be having problems.

As you can see below from a quick Reddit search, it's more than just one player having problems, but seemingly quite a few users experiencing issues over a long period of time. 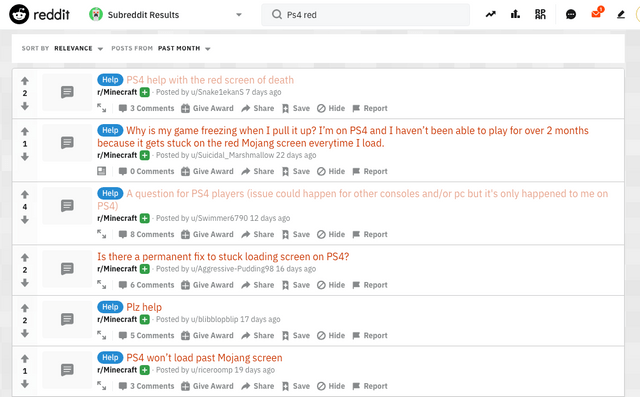 Equally, it has been flagged, repeatedly, on the Mojang Studios Official Issue Tracker. But it wouldn't seem as though a fix is anywhere in sight.

One of the more recent instances flagged by the community was picked up by the dev team and linked back to a main hub for this problem impacting the community.

"We're tracking this issue in MCPE-84790, so this ticket is being resolved and linked as a duplicate." the team explained.

However, when you look at 'MCPE-84790' you can find a bit more information on the situation from Mojang as well as a long list of players upset that the problem is still occurring months after being first flagged. 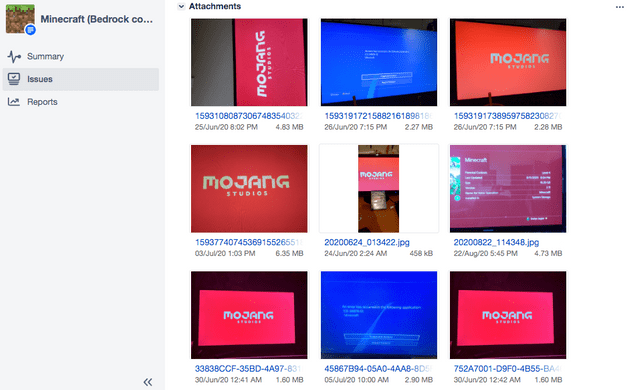 The most recent update on the red screen issue from one dev team member reads:

[Mojang] Mega_Spud (Jay Wells) - Thanks for all of the helpful information provided so far. For those affected, it would be helpful if you could let us know in the comments whether you have a digital or disc version of the game, and whether you upgraded from Editions, or whether you have Bedrock only. Many thanks.

30 Jun - Some users are reporting that reinstalling the game will allow it to launch correctly again - if you do try and reinstall, please make sure that you make a back up of your world saves that you wish to keep beforehand (either through the cloud or on USB).

8 July - Today we are releasing a hotfix for PlayStation 4 that will enable you to clear your sign in data when launching the game, which we hope will avoid the issue where the game is getting stuck on the loading screen and also crashing. Here are the details:

You may wish to try the following after the game has updated to version 1.16.1.03:

However, beyond the above comments and suggestions, it doesn't seem as though a permanent fix is ready to be rolled out yet.

With any luck, the red Mojang screen of death will be fixed for PS4 users before the release of the games next significant update.

But with Minecraft Caves & Cliffs confirmed to release in 2021, we certainly hope it'll be fixed by then.

For everything, you need to know about this next expansion to Minecraft, read on for the official blog release detailing the key features of the new update.

"The Minecraft Caves & Cliffs Update as it is now officially named comes with improved cave generation and features things like lush caves and dripstone caves. There will also be a brand new archeology system, which adds a very cool sense of history and storytelling element to the game. You’re digging now, but soon you’re going to be excavating.

Something has to populate these caverns, so we also threw in crystals, telescopes, bundles, the sculk sensor block and a new hostile mob – the warden! Does Minecraft really need more hostile mobs? Isn’t it enough that the llamas spit at you? 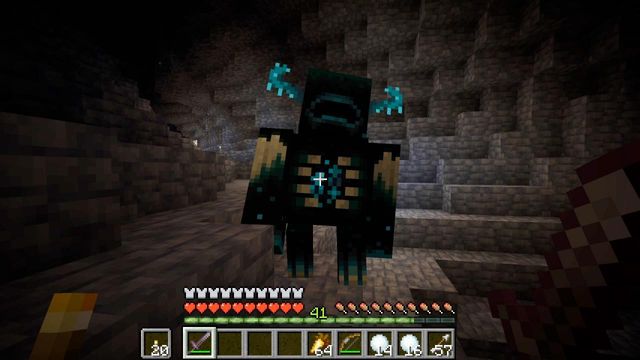 The cliff in Caves & Cliffs means that the Mountain Update that you voted for last year will be included in this one. We got a first look at the mountain goat that will populate these peaks.

"The Caves & Cliffs Update also brings you copper! What’s so cool about copper that it gets its own paragraph? Besides being old-timey slang for officers of the law (unless you are British, in which case it is now-timey), copper will add an aging element to the game. No, it does not wrinkle and since we’re on the subject, neither do I. Over time however, your copper builds will start to turn green. So if you’ve been playing Minecraft for a long time, you’re finally getting the cold, hard evidence you deserve and no longer have to rely on insisting that you’re not lying.

"What else, what else? I feel like I’m forgetting something… oh yeah! This update brings a new contender for cutest mob, the axolotl!"