Minecraft Caves & Cliffs DLC was rightly the focus of Minecraft Live 2020 but don't let it distract you from all the wonderful announcements for Minecraft Dungeons.

Chief among them, the reveal of Minecraft Dungeons crossplay support coming in November of this year.

But that wasn't the only big news, with Mojang Studios unveiling a healthy verticle slice of the next big paid expansion for the game: 'Howling Peaks'.

The new DLC comes hot on the heels of what has been not only a highly successful launch for the game in 2020, but also, two very decent and sizeable expansions in 'Jungle Awakens' and 'Creeping Winter'.

If you weren't able to catch the news from Minecraft Live, don't fret, we've compiled everything you need to know into this guide.

We'll touch on the release date, new content, and any much more. Read on!

Minecraft Dungeons Howling Peaks - What Is It?

It's the third expansion to the game since launching in May 2020.

This time around players can expect a mountain island to explore, building on the jungle and snowy islands that came before in the past DLC.

As per usual, the new expansion will introduce plenty of new features (more on that furtuer down) split across three new levels.

So get ready for an all-new boss to overcome, new mobs and plenty of gear, and secrets to plunder.

Though not specifically mentioned by the Mojang team, we would expect this DLC to be of similar size to the previous expansions.

This means we're expecting Howling Peaks to add roughly 2 hours of new content to the game. 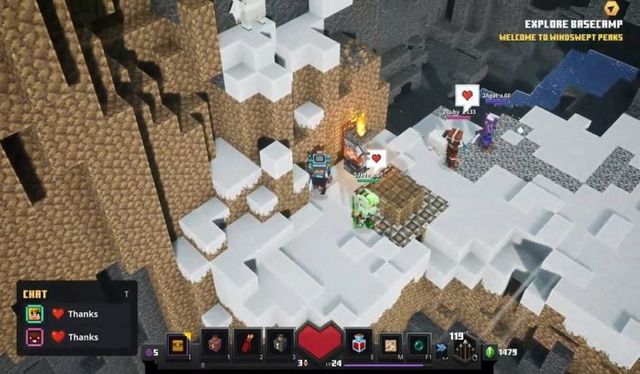 What is the Minecraft Dungeons Howling Peaks release date?

For the time being there's no specific release date for the Minecraft Dungeons Howling Peak DLC, but we have a rough idea.

According to Mojang's brief overview on the Minecraft website, it looks as though the expansion is expected to release this December.

The official line from the team reads:

"the brand new Howling Peaks DLC and a Season Pass are coming out in December!"

How early or late this falls in the month isn't clear, but given most December releases tend to arrive at the start of the month, we'd wager it launching in the first two weeks. 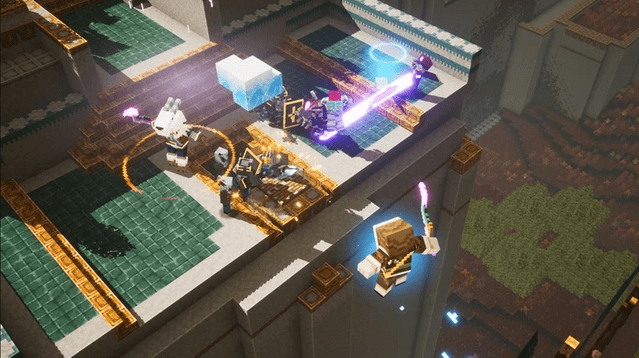 Is the Minecraft Dungeons Howling Peaks DLC a free Update?

The Minecraft Dungeons Howling Peaks DLC will be a paid expansion for the game in the same way as 'Jungle Awakens' and 'Creeping Winter'.

These past expansions were priced at £4.99 so we can expect to see a similar price point for 'Howling Peaks'.

However, it is worth stressing that as was the case with past expansions, Mojang normally release a 'free' update to the game at the same time.

This won't include the new content from Howling Peaks, but will most likely include a variety of quality-of-life improvements and bug fixes for the main game.

There's also another 'free' addition coming alongside the new DLC, in the form of a more extreme difficulty mode called 'Apocalypse Plus'.

As per Mojang, this new mode adds: "20 new difficulties after Apocalypse VII, increases the characters’ power ceiling, and adds new enchantments and items."

What content and features have been confirmed for Minecraft Dungeons Howling Peaks?

Officially Minecraft has been pretty cagey about revealing official details for the new DLC, but based on the gameplay shown off, we have some idea of what to expect.

As noted previously, there are three new levels, these are: Windswept Peaks, Colossal Ramparts and Gale Sanctum.

But fans were also quick to spot a pillager variant decked in new gear, a new magical Illager, and a new golem.

So there's plenty of change coming.

Oh and there's also a goat. Because of course there's a goat.