The numbers Mason, what do they mean?

Black Ops Cold War has almost fully been revealed to the world!

In the most recent Season 5 Reloaded update for Modern Warfare and Warzone, we may have been given a look at what the story is all about.

Dataminers were quick to act and dig into the new files, knowing full well some new ones would be added in the wake of the big reveal.

Finally, we have a clearer idea of what's to come in the story.

According to Dataminers, the next Call of Duty game is a direct sequel to Black Ops 1!

The new game will feature Hudson, Mason and Woods, with Woods reportedly the main character.

@ModernWarzone has posted a small teaser of what the game is about:

"Nothing is ever as it seems in a gripping single-player Campaign, where players will come face-to-face with historical figures and hard truths, as they battle around the globe through iconic locales like East Berlin, Vietnam, Turkey, Soviet KGB headquarters and more. As elite operatives, you will follow the trail of a shadowy figure named Perseus who is on a mission to destabilize the global balance of power and change the course of history. Descend into the dark centre of this global conspiracy alongside iconic characters Woods, Mason and Hudson and a new cast of operatives attempting to stop a plot decades in the making. Beyond the Campaign, players will bring a Cold War arsenal fo weapons and equipment into the next generation of Multiplayer and Zombies experiences."

It begs the question as to whether this remains within the same universe and timeline as the original Black Ops series.

Will Black Ops Cold War be proceeded by Black Ops 2? There were plenty of rumours flying around that this was set in an alternate timeline.

Those still seem to be in effect, as a picture of Imran Zakhaev from 1982 has popped up thanks to @TheGamingRevo3 - it suggests the game is set in an alternate timeline where it is connected to Modern Warfare. 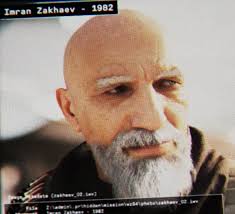 What's exciting is that it opens up the possibility for many more prequels and sequels to existing Black Ops projects.

Based on the tapes that were played during the big Pawn takes Pawn easter egg, we can assume this new game will take place anywhere from 1961-1981. The product description appears to confirm a 1980s setting.

That's a 40 year period that could be played with going forward and it's clear that Activision are keen for their studios to develop their own series rather than bounce back and forth between different titles.