Is Red Dead Online Worth Playing In 2020?

With the launch of Red Dead Online Standalone on December 1, many are wondering whether they should pick up Rockstar’s rooting-tooting shooter in 2020.

Since its release in late 2018, the game has picked up quite the community, and relatively consistent content updates have kept the gravy train rolling over the past few years. But where is it at right now? And is it worth your time this holiday season, with so many other new games to play and next-gen consoles to enjoy?

Do you wanna be a cowboy, baby? 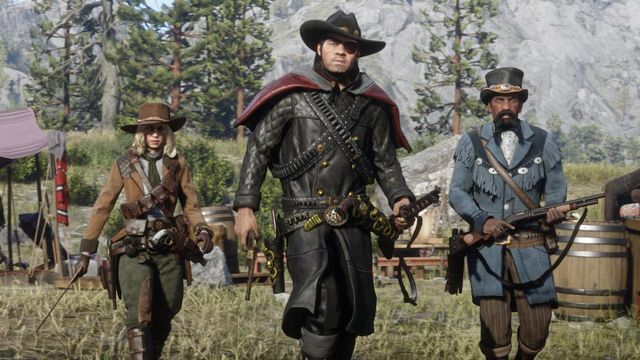 Ultimately, this will depend on what you’re used to, and what you’re looking for. Red Dead Online can be quite abrasive for unfamiliar players, especially if they’re not familiar with one of Rockstar’s massive open-world online experiences.

While it has plenty of its own brilliant ideas, the framework is similar to that of GTA Online. You’ve got a giant lawless sandbox full of rogues and rascals, with instanced missions and events spliced in between.

You can approach it as a serious cowboy or a disaster capitalist, and Red Dead Online will let you roleplay with a remarkable level of realism. The trick is that this is something of a double-edged sword. There’s so much to do in this game, but this can be an overwhelming burden. The sheer adaptability of the game means that it’s quite tricky to feel like you’re specialised, even with the many roles that are available to players as of the latest patch.

It’s easy to recommend Red Dead Online if you’ve finished the campaign and just want to experience the Old West through a different lens. Playing as one of the roles such as Naturalist or Bounty Hunter lets you engage with the inimitable environment in a more meaningful fashion.

You can study plants and sedate animals, dig up artefacts, start an underground speakeasy or just take out high profile outlaws if you wish. It’s a wonderfully serene and unique experience, different from most multiplayer games on the market. The soundtrack is unbelievable

The Cost Of Success 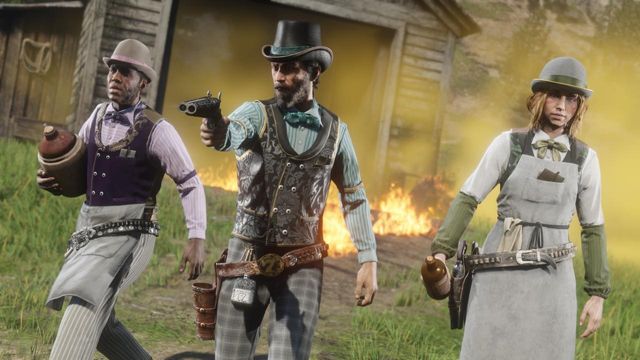 The world of Red Dead Online remains as gorgeous as ever

But there’s another factor in play here — how much are you willing to pay for the privilege? The standalone package of Red Dead Online is cheap enough, but that’s not the whole story. If you want to commit to a certain role, that’s going to cost you anything between 15 and 25 Gold Bars.

You can get some gold bars for free, some via Twitch Prime, and you can earn Gold Bars by playing Red Dead Online, but it’s a very slow and gruelling process. Otherwise, you can spend £8.99 / $4.99 to get 25 Gold Bars, or pay more as the microtransactions scale. If you want all of the roles, you’ll be looking to pay the cost of a full-price game.

The added content does flesh out the world enough to warrant the purchase — it would be unreasonable to suggest that Rockstar might dole out all of this extra work for free, but you have to be mindful of the cost of content, and what you get for the price. 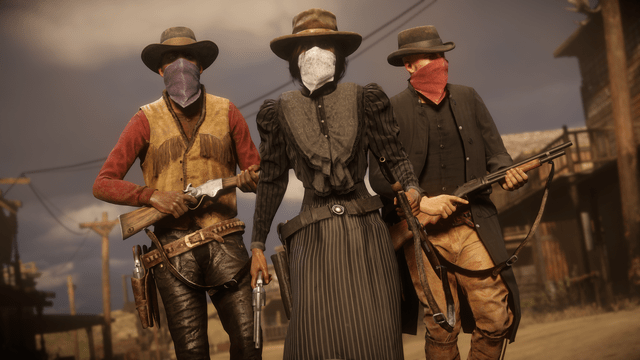 How will your Wild West adventure pan out?

There are 20 ranks to each role, and the hope is that they’ll be expanded in the future. Each level adds new features to the specialisation, so if you enjoy the gameplay loop of a particular vocation this makes the purchase more palatable.

Still, it’s a decent chunk of money, especially if you want to try everything. I think this should be an important consideration before anyone gets into Red Dead Online. There’s an entire narrative of story missions to get through in the base game — but once that’s over, you’re probably going to have to put your hand in your pocket (or holster) to keep things fresh.

That being said, people still play GTA Online and Red Dead Online for years on end without spending a penny. If you’ve got the self-restraint, it’s well worth playing through the “free” facets of the game as they’re mighty enjoyable, especially with friends. Just watch out for the inevitable purchase looming over your playtime.

The unique community behind Red Dead Online is also worth the effort. There are dedicated subreddits for every role and thriving communities who host fashion contests and search for mysteries within the game’s enigmatic world. it’s by no means a dead game, and I’m sure the influx of players with the launch of Red Dead Online Standalone will only help these communities grow.

The PVP aspect of Red Dead Online offers a few interesting modes that put a spin on battle royale and conventional deathmatch, but it doesn’t really stand out when compared to the co-op missions that tease out tactics and demand communication. Despite the fact that it would be an obvious fit, the game also lacks anything comparable to GTA Online’s Heists, but hopefully, these will be added in the future. At just two years old, the game is really in its infancy compared to GTA Online, so there’s plenty of room to grow.

Red Dead Online is a more methodical and serene experience than GTA Online and is well worth playing if you’ve finished the campaign of Red Dead Redemption 2.

You can experience this incomparable world from a new perspective, and the free content is tons of fun with a set of dedicated friends. But given that the game is still in its infancy, Red Dead Online is waiting on its own version of GTA Online’s ‘Heists’ to make it an essential experience, and the focus on specialised roles (paid for by microtransactions) means that the cost of content is starting to hurt.

But for the low price at launch, it’s well worth a look — there’s really nothing like it.