Cyberpunk 2077: Pre-Load Date, Time, File Size And How To Get Early Access

Cyberpunk 2077 is finally arriving in the hands of gamers around the world after over a decade of development.

With games reaching astronomical sizes these days, it's tough to find a home for all of your games on the same system.

Publishers are keen for players to enjoy the launch day playing the game, rather than download updates, so they've enabled the ability for players to pre-load games.

Cyberpunk 2077 have released some great pre-load information to get your ready for the 10th December.

Here's what you need to know about pre-loading Cyberpunk 2077 and how to get early access.

Players on Xbox can use the Xbox Mobile App to pre-load the game now! The best part is you don't even need to pay for it until launch.

According to @PlayStationSize, the game will be available for PlayStation users to pre-load on Tuesday 8th December 2020.

The game then launches on Thursday 10th December.

Cyberpunk 2077 have released a launch schedule for the whole world on PC and Stadia. 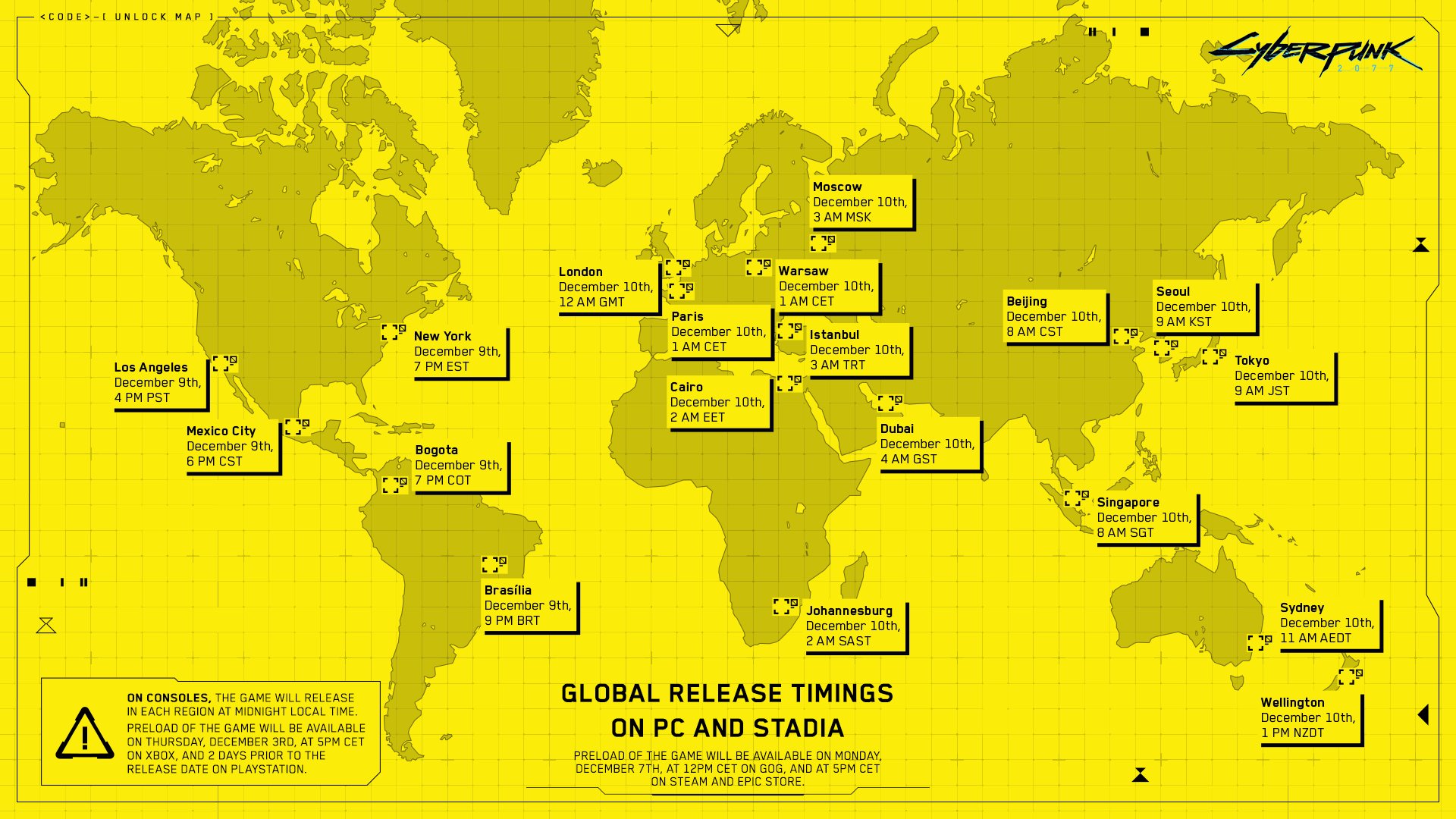 The game will release at midnight local time for console players.

Early Access is something we're all craving for, but it's not as simple as just getting on before release; as it's incredibly unlikely.

Unless CD Projekt Red decided to unlock the game early, players will likely be able to play for the first time at midnight on the 10th December.

If you manage to get a hard copy before release, you should be able to play straight away. Otherwise, your earliest opportunity is waiting for the digital version to unlock on your platform of choice.

It's unlikely the file size will change a huge amount for Xbox One, so you're looking at a 72GB download minimum.

We're anticipating the next-generation versions will require an extra 10GB of space, to accommodate for the extra capabilities and features it can sport.

We also expect a bigger size on PC due to how much more the PC can offer.

There is an additional Day 1 patch that should add 44.8 GB onto the overall size; taking it above 100GB.

Players have been noting that through the Xbox application, they are able to pre-load Cybpepunk 2077.

This means when the game releases they will be able to jump in right away!