Crash Bandicoot 4 Developer Interview: “We didn’t confine ourselves just to gameplay from that era"

Daniel Hollis (@Flurbdurb) got the chance to get an exclusive interview Paul Yan, Co-Studio Head of Toys for Bob, to hear more about the upcoming Crash Bandicoot 4 launch.

If 2020 has proven one thing, it’s that the platforming genre is coming back with a vengeance. Sony’s Playstation 5 reveal event held a heavy focus on many upcoming titles in the genre, with Astro’s Playroom, Sackboy: A Big Adventure and Ratchet & Clank: Rift Apart. Even Microsoft is heavily backing the movement with the much anticipated Psychonauts 2. But before any of that even kicks in, developer Toys For Bob are aiming to kickstart the momentum with Crash Bandicoot 4: It’s About Time - the first mainline numbered entry since 1998.

Over time, games have evolved into a wave of battle royales and gritty action-adventures. So what has players coming back to the genre after all these years? Speaking with Paul Yan, Co-Studio Head of Toys for Bob, the fuse was seemingly ignited to make a sequel when the developer released Crash Bandicoot: N.Sane Trilogy.

“We suddenly had undeniable evidence that there’s an audience who miss the genre we all love at Toys for Bob – precision platformers,” Yan told me. “There just aren’t many games like that these days. When you look back and realize that it’s been more than a decade since we’ve had an original, new Crash game – it all adds up to now being the perfect time.” 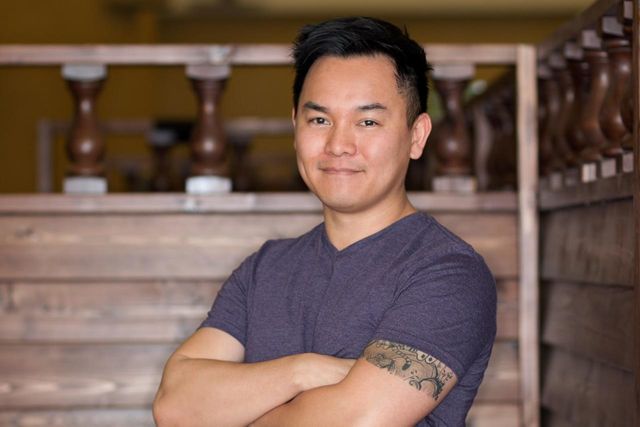 “I think the success of remasters are determined by the game’s ability to accurately reproduce authentic gameplay and how it artfully interprets the player’s cherished, rose-tinted memories onto screen. Remasters are for players who want to revisit a game they’ve already played before. Crash 4 is not a remaster – it’s the first original, new Crash game in more than a decade.”

Following the phenomenal sales of the N.Sane Trilogy, Yan and the team recognised that Crash still held a fond place in many fans' hearts and led them to evolve the franchise. “Toys for Bob is very, very proud to be breaking the dry spell of new, original Crash games. Crash Bandicoot 4: It’s About Time was founded on the recognition that modern players really missed the dense, perspective-shifting platforming gameplay.”

What Was Old Is New Again

Despite the powerful hardware that resides in many homes today, players are still craving that traditional experience that the N.Sane Trilogy gave them. Instead of creating something entirely new, Toys For Bob are using the numbered title to suggest that this is a continuation of old school ideas, rather than a new take.

“We’ve developed it on the foundation of nostalgic gameplay, (we want this to feel like a natural sequel that could conceivably have been made by Naughty Dog),” Yan explained to me. “But we’ve been conscious not to make it necessary for new players to have to be familiar with the original trilogy in order to make sense of this new game.”

Crash Bandicoot 4: It’s About Time main goal is to encourage both genre veterans and new players to venture into its world. It’s a hard task to wrap nostalgia into something new and accessible for a modern audience. In order to do this Yan explained the latest entry will bring everyone along for the ride. “Die-hard fans will notice callbacks and nods to the previous games and will have a leg-up on some advanced moves like the slide jump, but a new player won’t have to do homework before diving right in. The story and the game will take care of you.”

In order to make the new entry more accessible, the developer looked back on what worked and what didn’t for the N.Sane Trilogy. Many of the criticism that resided at the time was based around the game’s difficulty spikes which often caught many players by surprise. With that in mind, Yan detailed how Crash Bandicoot 4: It’s About Time has worked upon its predecessor to become something greater.

“We’ve applied some of the takeaways to Crash 4 in a way that preserves the game’s signature skill checks but is deliberate in how it onboards and escalates new ideas and challenges,” he explained to me. “This led to the game’s structure returning to a more linear format so that difficulty, complexity and narrative could be a more authored and reliable experience.”

That doesn’t mean the game is without evolution. For the genre to expand and capture the imagination of a new generation, much of what makes it must reside in new ideas and modernised mechanics.

“We didn’t confine ourselves just to gameplay from that era,” he stated. “We’ve also introduced new locomotion tricks like wall-running, rail grinding, rope swinging – we've added new playable heroes to the story with completely unique platforming styles – just to name a few things that make this a new classic game brought into modernity. The universe of Crash Bandicoot is so rich, there are many more stories to be told and new platforming mechanics to experience. I'm very excited for the future of Crash!”

Another way the team is breaking out of the confines of the original is by offering multiple playable characters to venture out as. While it’s been a nice change to play as Crash’s sister Coco for multiple games, or even ride on the back of an adorable polar bear, it’s often felt like an underutilised mechanic that limitations prevented from exploring. Now, the team is exploring the idea more in the new iteration, Yan told me.

“One thing fans will really appreciate about Crash Bandicoot 4: It’s About Time is that we’re introducing new platforming heroes that have never been playable before - like Dingodile. He’s a fan-favourite bad guy who’s hung up his flame thrower to focus on cooking for his diner until a gang of bats spoil his retirement plans. Dingo sports a completely unique set of platforming skills from Crash. He can vacuum up crates from a distance, hold onto dangerous TNT crates and fire them off to a devastating effect. He can hover over the ground and use his giant tail to swipe enemies in his way.”

Increasing the roster and adding more gameplay variations is just one of the ways the team is working on to encourage more people to return to the genre. It’s an evolution and the first of many platformers that are aiming to grab an audience again. The hardest job for Crash Bandicoot 4: It’s About Time is to engage players with something new, whilst, as Yan explained, “artfully interpret the player’s cherished, rose-tinted memories onto the screen.”

The next year will no doubt be a turning point for the genre. This generation has seen many smaller developers having a stab with fantastic platformers such as Yooka-Laylee and A Hat In Time. It’s clear the demand is there, it just depends whether AAA developers can turn their big-budget ventures into a profit and capture the imagination of gamers around the world.

Either way, it’s said that “Crash 4 is a colourful, unapologetically joyful game everyone can enjoy” - and isn’t that something we all need this year?

Is Crash Bandicoot 4 It's About Time Coming To Nintendo Switch?