UFC 4 is EA's next crack at the mixed-martial-arts videogame genre and the publisher has confirmed that special characters are "always something that we [EA] look into".

In an interview with Gfinity, UFC 4's Creative Director Brian Hayes spoke about the potential for more fighters from outside of the UFC to make an appearance in the game.

Read More: UFC 4 Career Mode: You can now turn down fight offers from the UFC

Special Characters Always Something EA Will Look Into

When asked about the famous faces in the game from outside of the UFC umbrella, Hayes explained: "the fighters that we have announced are thus far the only ones you can, for certain, expect".

"But those are the kind of acclamations that we're always interested in exploring but there's nothing else to announce about any other special characters going to be available in the game."

"As you can see, with the inclusion of Anthony Joshua and Tyson Fury, and Bruce Lee has been in the franchise since Day 1, it's definitely something we enjoy doing, we think the fans enjoy having access to characters like that." 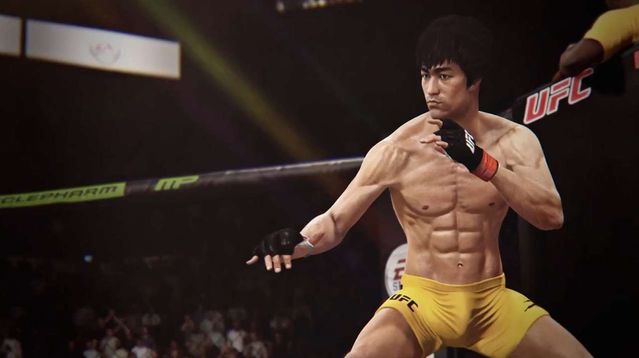 "We can't say that you can expect more, but it's always something that we look in to."

Despite this being EA's fourth UFC game since the publisher's first entry in 2014, the company did release EA Sports MMA back in 2010 at a time when THQ owned the licence after EA had passed on it (much to Dana White's chagrin). While we're happy they smoothed things over, the lack of a Fight Night game since 2011 still stings, but at least we can pit Anthony Joshua against Tyson Fury in UFC 4 when it launches on August 14.

Here at Gfinity Towers, we'd very much like to see Heihachi from Tekken step into the Octagon, since Scorpion from Mortal Kombat might be too brutal, even for the UFC.

Who would you like to see appear in the game to duke it out with the likes of Anthony Joshua and Tyson Fury? Sign up to Gfinity Plus and let us know!

You can check out the full interview later this week on Gfinity's sister-site, RealSport101.com.

The Best Perks To Use In Warzone