How Long Has Cyberpunk 2077 Been In Development?

They dystopian RPG has been in the making for a long time now, but where does it currently stand?

Cyberpunk 2077 is still set to launch on its 17 September release date, despite any rumours that may be circulating.

The game was pushed back initially in January as CD Projekt announced that they needed more time to test and fix bugs, and this seems to have restored equilibrium within the team.

That said, the community has been getting restless about the lack of transparency in the development process.

However, with Cyberpunk 2077 primed to become one of the biggest games of the year, this would be expected.

Continue reading as we give you a much-needed update on the progress of the dystopian RPG.

The game was actually supposed to release this April, but has since been delayed due to the studio needing more time to add finishing touches to the game. 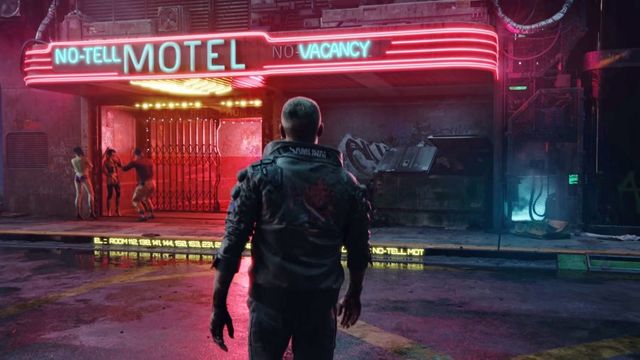 According to the Head of CD Projekt, we will be visiting Night City in no time.

However, the producers of the game recently released an update that revealed a significant milestone in the development process.

Head of CDPR Adam Badowski recently announced that the game has now been reviewed by the vast majority of rating boards worldwide.

Now, we haven't seen as much as an official rating for the RPG, but with this request being submitted back in March, the game seems to be moving ahead at full speed.

Badowski has reassured fans that in spite of the worldwide lockdown measures, the team is currently working on removing bugs and playtesting the game.

Though this doesn't exactly provide a real gauge for where the game's development is, Badowski has remarked that Cyberpunk 2077 "is looking better and better with each passing day!"

In early March, as the spread of COVID-19 was starting to kick off the 'Work from Home' initiative, CD Project Red asked employees to continue working from remote locations. 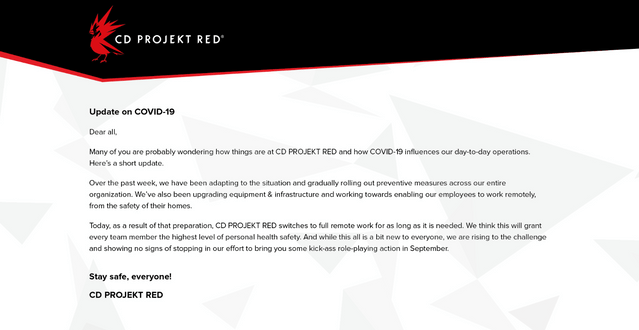 This is the COVID-19 Update that was provided in early March (Credit: RealSport)

This was done to ensure "the highest level of personal safety" for its team, but most importantly, so that progress on the game didn't grind to a halt.

Reports suggest that the remote workforce is now firing on all cylinders, having grown used to the new working environment.

Just keep your fingers crossed, and we will hopefully be tucking into Cyberpunk's epic gameplay from mid-September.