Dragon Ball Z Kakarot has finally arrived, bringing the whole of the beloved Z Saga to the Dragon Ball gaming universe. There's plenty of information to digest for diehard Dragon Ball fans before they meet the hefty price of the game.

Gamers are looking for answers to how long is the game? What characters will it feature? Which sagas are being included? We have all of the answers for you here.

Here's everything you need to know about Dragon Ball Z: Kakarot.

Be sure to bookmark this page and check back regularly for the latest Dragon Ball Z: Kakarot news.

What Is Dragon Ball Z Kakarot?

Dragon Ball Z: Kakarot is an action RPG. It takes some of the popular fighting elements of games like Xenoverse and combines it with RPG elements.

If you're unfamiliar with the Dragon Ball Universe, it was originally a manga written by Akira Toriyama in 1984.

The manga was developed into an anime series in 1986, going on to spring several different series including Dragon Ball Z and most recently Dragon Ball Super.

The series follows the adventures of Goku, from childhood through adulthood as he trains in martial arts. Initially, he spends his life far from civilization until he is found by Bulma, a teen girl who encourages him to explore the world in search of the seven orbs known as the Dragon Balls, which summon a wish-granting dragon when gathered.

As time goes on Goku, a Saiyan from the planet Vegeta, grows up with Bulma and many other staple characters that are still present in the anime today. Along with his adventures, he must stop his enemies from conquering the universe as they seek to use the Dragon Balls for evil. 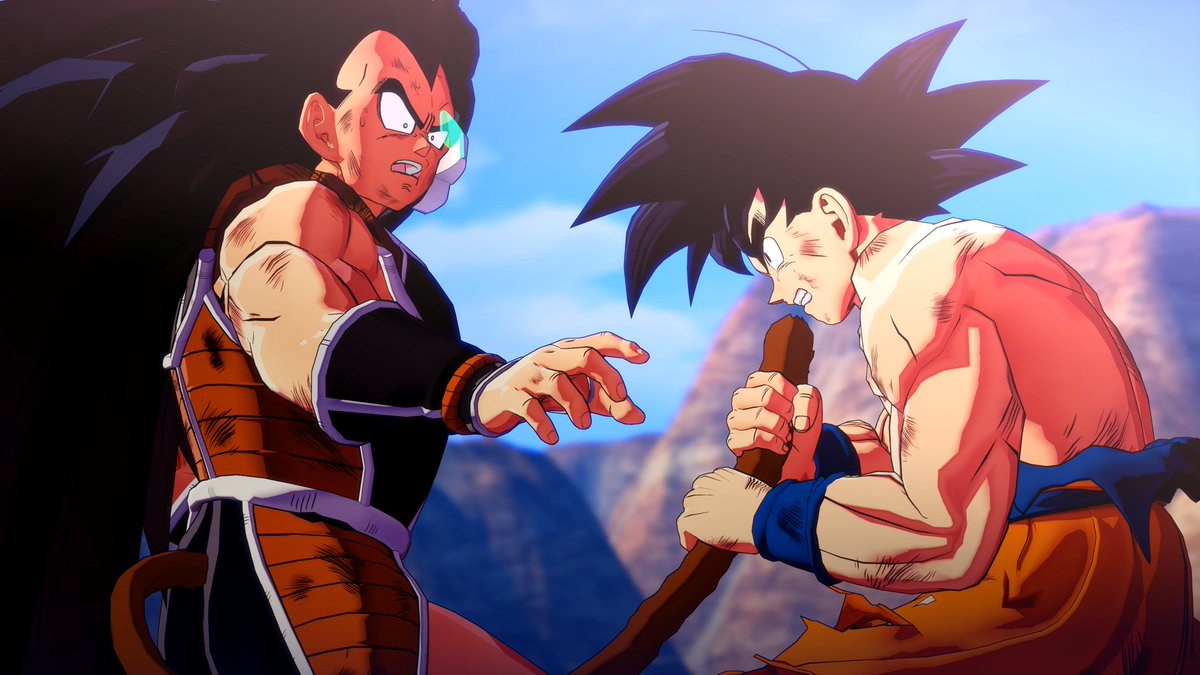 Throughout the time Goku and his friends are constantly challenged, as they shatter through their limits to save the day. Saiyans possess indescribable power and potential, constantly pushing themselves to the brink in order to exceed what is possible.

Dragon Ball takes place in Goku's early life, whereas Dragon Ball Z takes place 5 years after, during his adult life. At this point, he has a family with his wife Chi-Chi and son Gohan.

One day Goku's long-lost brother Raditz tracks him down to inform him that he is a member of a near-extinct warrior race called the Saiyans.

They had sent Goku (originally named "Kakarot") to Earth as an infant to conquer the planet for them.

How Does It Work And What Is Included?

Every RPG features the main quest with various sidequests and activities to do, which will ultimately reward you with XP and items to make your character stronger. Dragon Ball Z Kakarot is no different.

What's great is that the game will pay great respects to the anime series in many ways, most importantly by keeping the narrator from the show to read new chapters within the game, as well as being able to sense energy levels in order to pinpoint areas of interest.

The game will explore Dragon Ball Z lure never fully explained in the show via sidequests. There are also activities such as fishing.

This is all worth your time as it will allow you to boost your character's stats in battles.

The game allows you to explore a fairly open environment by walking or flying, shifting to a more traditional 3D perspective when in combat.

The fighting mechanics should be fairly similar to what DB fans have experienced in the past. Players will be able to add characters to their party to assist in battle and teach them special moves.

A skill tree is also being added to the game, which can be progressed by spending Z-Orbs (a form of currency found in the game).

Soul Emblems are earned by completing the story and side quests. Placing Soul Emblems on the community board will grant players upgrades, and certain combinations can be used to get special power-ups.

Dragon Ball Z Kakarot will launch on PlayStation 4, Xbox One and PC - the Nintendo Switch will not be included.

Many news outlets have already had a chance to try an early demo with positive reviews so far.

Read More: Dragon Ball Z Kakarot: Price In The UK For PS4, Xbox One and PC

What Is The Length Of Dragon Ball Z Kakarot?

Dragon Ball Z Kakarot has some questions around its length.

The game is set to be 30-40 hours long; if you choose to focus on the main story.

However, if you also adventure into all of the side quests and activities it will stretch to 100 hours!

This is reflected in the fact the game size is over 34GBs in size at launch.

Read More: Dragon Ball Z Kakarot: Length And How Many Hours Of Gameplay Will Be Included For PS4, Xbox One And PC

What Sagas Are Included?

Dragon Ball Z: Kakarot will likely cover the full list of sagas, however, there are only a few confirmed at this moment in time:

This has been revealed in trailer and the trophies - however it could be that the other sagas are not seen as core parts of the story and may feature briefly as part of the main sagas used.

Dragon Ball Z: Kakarot, although focuses largely on Goku, is not limited to just one fighter. The following characters will also be available in the game.

You can see the full list of Characters in the game here.

At this point in time, no public demo has been announced.

In December, Journalists were given a chance to play a small demo, before launch, in order to gain first impressions.

It could be this version is made available to the public post-launch.

There will not be a beta for this game.

A season pass will come to the game, which will include two-story missions.

It's unclear what those are, if the game plans to cover the main story in the full game at release, you're only left with the movies; traditionally seen as non-cannon; unless they opt to make new stories.

The game will not feature a multiplayer or co-op mode and there are no intentions of introducing one.

Dragon Ball Z Kakarot is a single-player only experience.

Read More: Dragon Ball Z Kakarot: Will There Be Multiplayer And Co-op For PS4, Xbox One And PC?

There are a few editions available with Dragon Ball Z: Kakarot that you can pre-order, including:

Pre-ordering will also get you:

It was recently revealed that there are 42 trophies on offer with 9 hidden trophies.

They reveal some juicy information about the game story - be sure to check them out here! 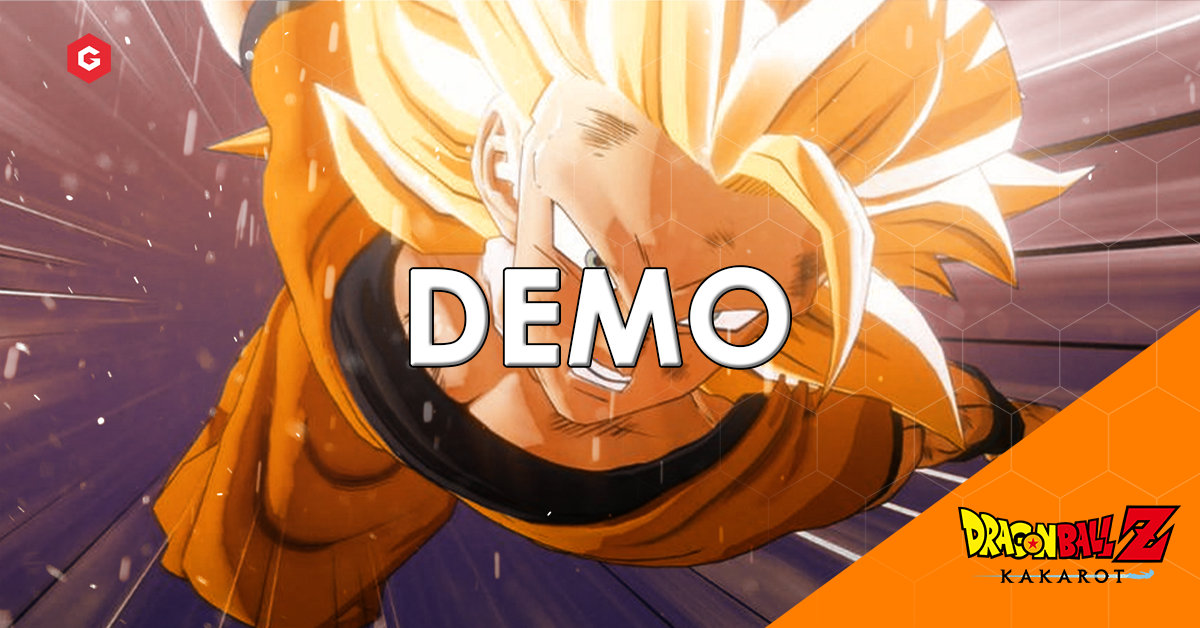