Blizzard Entertainment announced plans at BlizzCon 2019 to release Overwatch 2, but things have been a little quiet since.

The game is expected to release in 2021, though details are still a little scarce! Regardless, here is everything we know.

Here's everything we know about the next iteration of the first-person shooter phenomenon. 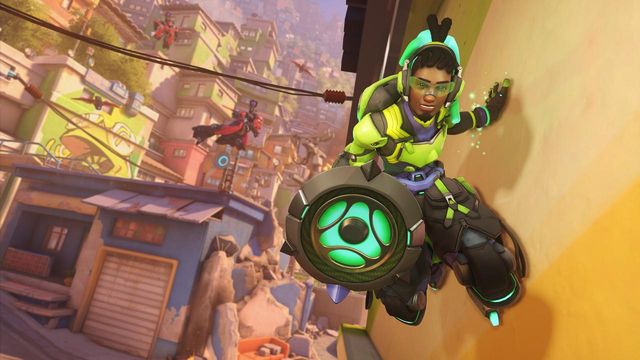 Overwatch 2 is going to be shown at Blizzcon 2021 in February, Jeff Kaplan has revealed.

Discussing everything coming to the first game, the director noted that "even more so, I think we're excited for the future."

"Can't wait to talk to you more about Overwatch 2, can't wait to show you more with Overwatch 2. We know it's been too long, we know we've been quiet, and we still have a ways to go, just to manage expectations."

Where We Left Off

The eight-minute long trailer for Overwatch 2 was aimed directly at all of the Blizzard lore nerds, with a clear callback to two previous pieces in particular: Winston surviving Reaper’s attack on Gibraltar, and Mei’s recovery from cryosleep.

The clearly signalled continuation of the franchise’s story is tied to the sequel, which was announced as primarily a co-op and story-driven endeavour rather than a straightforward replacement for the original Overwatch.

It also introduces a new enemy faction: Null Sector, which seems comprised primarily of weaponized Omnics, lacking the near-human behavior of the Tibetan Buddhist-inspired Zenyatta, or the quirkily innocent body language expected of Bastion and Orisa (when, obviously, they’re not actively fighting). How the villainous organization Talon plays into this new uprising has yet to be explained.

Of course, it wouldn’t be an Overwatch announcement – at BlizzCon, no less – without a new hero reveal. Sojourn will join the fight with Overwatch 2, and won’t be the only one in the fray. Echo, too, is expected with the new game – and was previously revealed as McCree’s charge for as-yet unknown reasons. More will join them, naturally.

Sharp eyes will note a rather Canadian-looking maple leaf on Sojourn’s shoulders, and yes – she hails from the northernmost North American country. Along with her comes a map of Toronto, which was demoed on BlizzCon 2019’s floor with a new permanent map mode called Push. Push is effectively a mirrored Escort mode, where your team must take control of a robot that will very literally shove a barrier down the city’s winding streets until it reaches various checkpoints. To that point, it’s near-identical to Escort mode – except that, if the enemy team manages to defeat yours, they will take possession of the pusher bot for themselves and have it shove their blockade down to your side of the city. Victory is determined by whoever pushed farthest by game’s end, or if one side manages to push all the way to the third checkpoint.

But it isn’t just a shiny new map that comes with the new game. Shiny new threads are on their way too for the cast, with visual upgrades announced for every hero in the title. You can see some of it on display in the Gameplay Trailer that also debuted at BlizzCon.

The most interesting thing about the Overwatch 2 announcement, however, has to be the glaring lack of otherwise expected impact on the original game. Per Jeff Kaplan’s explanation, all new map modes and heroes are on their way to the original game as well. Furthermore, the player base will not be split either – Overwatch 1 players will still be queueing up against Overwatch 2 players on the same map modes, and bickering over the same voice chat about who should switch from Hanzo to a “real hero.”

If Overwatch 2 shares the same multiplayer modes, heroes, and even player base as Overwatch 1, why is it being made at all? The answer for that is twofold, and fairly simple. First, Blizzard’s confirmed that Overwatch 2 is made with a different engine – even if they’re rendering the “same” multiplayer map and effects, we can probably expect a notable visual improvement, or at least visual differences, with the new game.

Second, because the campaign and hero story modes for Overwatch 2 will be its own entire thing – both as a solo experience and as a co-op game. Furthermore, the ability to upgrade heroes, change their skill loadouts, and improve their power over time makes Overwatch 2’s campaign mode more like an RPG – and definitely not something that the original game was designed to accommodate.

Whether all of that is worth the cost of a full-fledged new game, instead of as an expansion like Blizzard’s done with both Diablo and StarCraft, will naturally depend on how substantial the offerings are with the sequel. Otherwise, you will still have a lot of content updates to look forward to with the original Overwatch for the coming years.