Plenty of fish in the sea

Scott Pilgrim Vs. The Wolrd: The Game Complete Edition is a radical throwback to classic Beat ‘Em Ups in all the right, and wrong, ways.

While the combat is fulfilling and set to an awesome soundtrack, the lack of in-game story and busted progression left the game feeling lacklustre at times.

If you are playing solo you might be better off leaving Ubisoft’s game at the party, but if you’re a fan of the comics and are looking for a fun night in then grab a friend and you’ll find the fun!

What’s Going On? (-2 To Understanding)

Scott Pilgrim Vs. The World: The Game follows the plot of the comic book and film of the same names. As the game’s opening shows, Scott Pilgrim has fallen in love with Ramona Flowers but now must defeat her Seven Evil-Exes who are seeking revenge after she broke up with them. 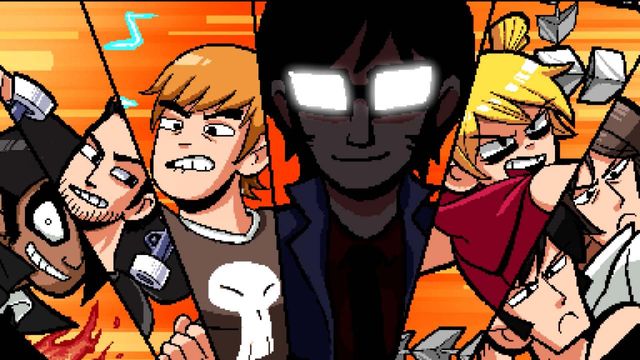 To get you into the meat of the game, that’s the only context you need but as the story progresses I wish we were given more. While it’s unlikely that you haven’t read or watched Scott Pilgrim if you’re playing the game, it would feel way more accessible if every level started with a short text conversation between the characters, it could be fun to talk to the bosses briefly too.

Some might say that conversations could detract from Scott Pilgrim’s fast-paced nature, but having nothing makes the game feel a little empty.

Even as someone who knows what’s meant to be going on I would have loved to see Ubisoft’s take, what they choose to highlight from the source material, and it would give the game its own identity rather than just another adaptation of the source material.

Sure the combat is great, with every impact given a satisfying oomph that makes landing successive hits and combos feel awesome but the game has a few issues with progression, blocking off some of the most basic moves until later in the game.

Levelling up is a useful tool to allow players to grow stronger, not only through understanding the mechanics better but also but being able to pull off new tricks and hit harder. Unfortunately, Scott Pilgrim doesn’t quite get the balance right. It takes too long for characters to learn what feels like core abilities such as Counter and Roll. When they do come around it’s easy to have already beaten a decent chunk of the game leaving these moves somewhat obsolete.

A more streamlined level up system which gives you more abilities upfront could help this.

It would also be fun if Scott and the other characters unlocked powerful attacks every time they beat a boss, making victory over an Evil-Exes feel more satisfying and locking the best moves behind an objective rather than mindless grinding. 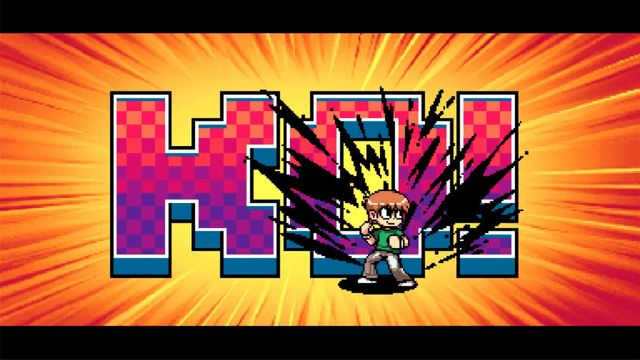 Though the game isn’t devoid of prizes. You will earn money, alongside XP, when you defeat foes.

It isn’t instantly clear what you can do with said money, but if you happen to stumble into a store by accident as I did, you’ll find you can buy healing items and powerups to aid in your adventure. Scott Pilgrim will reward you for searching out for these shops and hidden areas, letting you buy some amazing items if you can find them first. This exploration is a fun element if not a little underdeveloped from world to world.

Scott Pilgrim’s art style is an obvious mimic of the comic books and I am completely on board with that decision, the distinctive look translates perfectly.

The 2D pixel graphics gives everything a cartoony vibe which is perfect for the action that plays out on screen and allows the game to pull out some of its most over-the-top action without it feeling out of place. 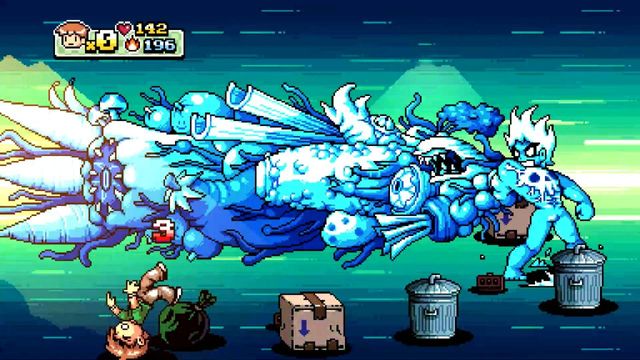 The music is also a blast, capturing the mood of each level and boss fight very well. It can blend into the background on occasion but I didn’t grow tired of it and I did find myself cranking up the volume of my TV a little bit too loud to enjoy some of the game’s tracks.

Better Together (+3 To Enjoyment)

It makes sense that a love story adaptation would be best played with another person, and Scott Pilgrim is at its best with a Player 2. Or even a Player 4 for that matter!

Up to four can group up in couch co-op or in online play. Unfortunately, I wasn’t able to check out online multiplayer as part of this review, but my experience playing the game with my partner was significantly more enjoyable than single-player. Not just because the levels were a bit easier, though waves of enemies are more manageable as a pair. 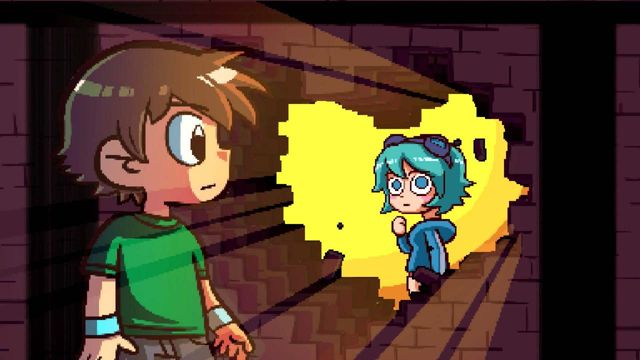 Love is an open door or a hole in the wall... (Image: Ubisoft)

Whether it was pulling off a spectacular rockstar combo or being annoying by hurling the other into a wave of enemies it felt like we were back in the classic days of video games where even Co-op has a little PVP sometimes.

None of this is to say that Scott Pilgrim can’t be played alone, it can, but it doesn’t feel designed to be played like this. You will need to grind and replay levels to stand a chance against Ramona’s Evil-Exes, which detracts from the overall experience.

Ready For Anything (+2 To Replayability)

The Complete Edition also includes a few additional game modes to enjoy. You have a Boss Rush, a Zombie Horde mode, a Battle Royal and Dodgeball.

The Buss Rush is definitely some fun but the best two are Zombies and Battle Royal. It’s so much fun to take on a massive army of enemies with your teammates, or on your own, and a dedicated PVP mode is very much appreciated!

There isn’t much to say, just know that if you want a little more out of Scott Pilgrim Vs. The Wolrd: The Game, then check out these options.

There is plenty of fun to be had in Scott Pilgrim Vs. The Wolrd: The Game Complete Edition, but a lot of it is lost outside of multiplayer.

If you have a friend to play with and are looking to explore the world of Scott Pilgrim again, then the game will be a fantastic way to do that! But if you're a solo player looking for a way to fill your time indoors, the comics might be a better choice.

Review copy provided by the publisher
Reviewed on Xbox One X