Play Pokemon Red Through Twitter? Here's How A 3D Programmer Is Pulling This Off

Pokemon is undoubtedly one of the most recognizable franchises in the entire world.

Not only have the mainstream Pokemon games found success within players, but Pokemon GO has solidified itself as the go-to mobile game in recent years.

With the 25th anniversary coming up, players are looking back at where the series all started; and this of course, is Pokemon Red.

One fan of the series, who also happens to be a 3D programmer has gone ahead and set up this amazing Twitter bot for users to help beat the game via their profile picture.

Here's how they've done it!

Screenshakes who is a 3D programmer posted the following tweet noting that players are now able to play Pokemon Red via their Twitter avatar.

Users can reply with Up, Down, Left, Right, A, B, Start, Select to make their Twitter avatar move.

The Twitter avatar updates every few seconds with the most recent command, and it has been progressing smoothly thus far.

As of writing, there is over 6700 replies to the tweet, and it is quite interesting to see the avatar update every now and then.

Screenshakes has also noted the following:

Comments are pulled every 15s and the most commented input is then sent to the game.

I have restarted the game to improve inputs!

You can now add stuff after your command to avoid having to remove your previous one.

Always do Button + Space + something

Example: Left Hi everyone Right This is a test 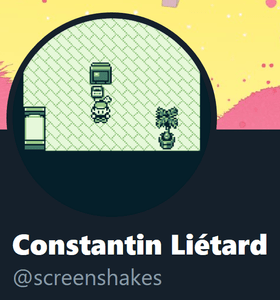 Be sure to let us know if you have participated in this amazing accomplishment by this Twitter user!

New Pokemon Snap Pokedex: All Pokemon And Where To Find Them