New Easter Eggs have been found!

The first season of post-launch content for Call of Duty: Black Ops Cold War is in full swing.

Players are continuing to grind through the Battle Pass tiers and get stuck into the wealth of brand-new content that was added towards the end of 2020.

One of the new additions to Black Ops Cold War was the return of the hugely popular Gunfight mode that made its debut on Modern Warfare.

The 2v2 mode arrived on Black Ops Cold War with a variety of map designs, including one set in a 1980s TV studio known as Gameshow.

Since its release, players have discovered several mysterious codes within the map.

First discovered by Call of Duty Easter Egg extraordinaire GeekyPastimes, a code found on the floor of the map contained a hidden message. 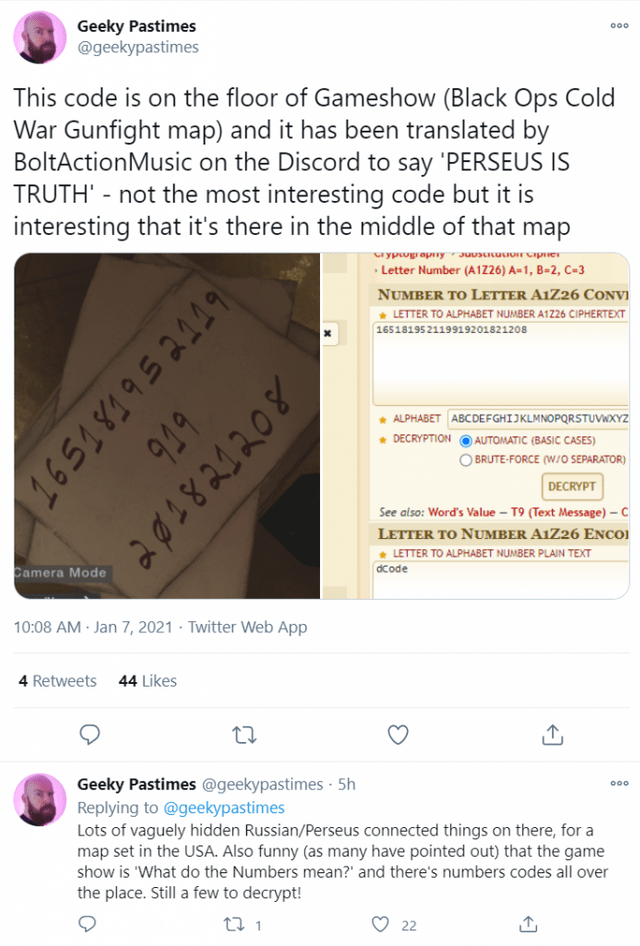 Once it was decoded, the message read “Perseus is Truth” referencing the main antagonist from the Black Ops Cold war campaign.

According to the content creator, there are still other codes that have yet to be deciphered.

Another eagle-eyed player discovered a hidden meaning behind the scored that are loaded onto the contestant podium. 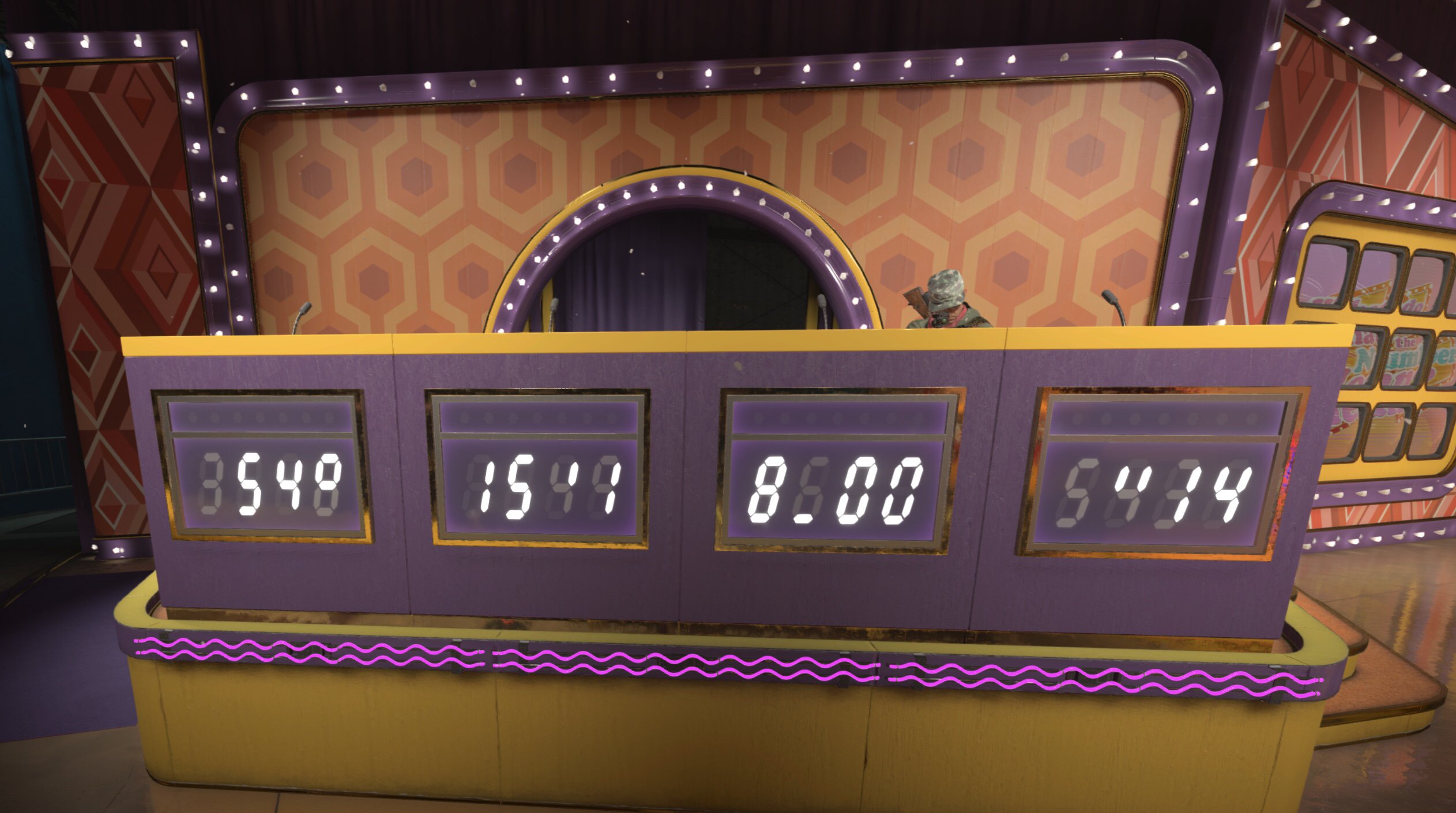 The four numbers are the co-ordinates for Mount Yamantau which is where the abandoned Nova 6 development site is located.

The Easter Eggs found within the confines of the map don’t appear to be revealing any clues in regards to future post-launch content.

Considering the name of the game show is “What Do The Numbers Mean”, the codes and co-ordinates appear to be paying tribute to the Black Ops storyline.