Call of Duty: Warzone: Has The DMR Really Been Nerfed?

Has it really been nerfed?

As players to continue to grind through the Battle Pass tiers, experiment with the Black Ops Cold War weapon arsenal, and drop into Rebirth Island, a heavily requested weapon balance has finally been implemented.

On January 6th, Raven Software released an update that nerfed the DMR 14, MAC-10, Type 63, and the Dual Pistols, much to the delight of the community.

As players jumped back into Warzone hoping to notice a change, it appears that the DMR 14 tactical rifle is still extremely strong and is arguably the best weapon to be using.

Despite the update, has the rifle actually received a nerf?!

Did It Receive A Nerf?

Although Raven Software confirmed the nerf has been implemented, many players still believe that the rifle is the best weapon to use in Warzone by some distance.

Popular Warzone content creator JGOD provided some more details on what has changed. 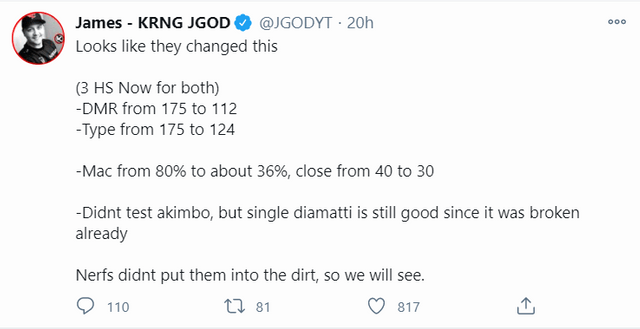 The post states that the damage has been decreased from 175 to 112, a significant decrease in damage.

While the nerf looks effective on paper, many players are still reporting that the DMR is still incredibly strong in mid-range engagements.

Read More: Call of Duty: Warzone: The Best Weapons To Replace The DMR 14

Even the voice actor for Ghost has had his say on the nerf! 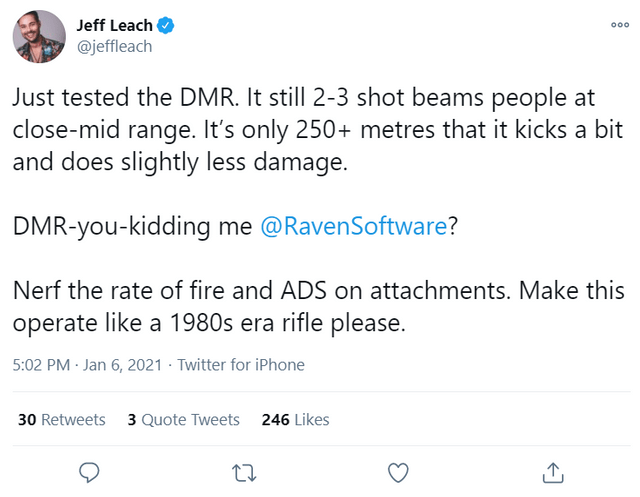 With several people offering a range of opinions on the recent nerf, it will be interesting to see what the next steps will be for Raven Software.

Will the developer implement a second nerf to bring it in line with the rest of the Warzone weapon arsenal, or will Raven maintain the changes and buff other weapons in a bid to provide some much-needed balance to the Warzone metagame?

The next major changes are likely to arrive as part of the mid-season update so we will have to wait and see which direction the Warzone meta will be heading in.