It's showdown time for Ajax and PSV!

The 2nd FUT Showdown SBC has been released in FIFA 21 Ultimate Team, and it features Ajax’s Sean Klaiber and PSV’s Donyell Malen.

These 2 SBCs have the potential to upgrade by +2 if their team wins the matchup, with a +1 upgrade to both cards occurring in the event of a draw.

Here’s all the information regarding how Showdown SBCs work, the Klaiber and Malen SBCs, all the fixture information, as well as some predictions and upgrade potential for both cards.

Showdown SBCs are a very simple, but very clever concept, that relies on real-world footballing fixtures and results to determine upgrades to cards. 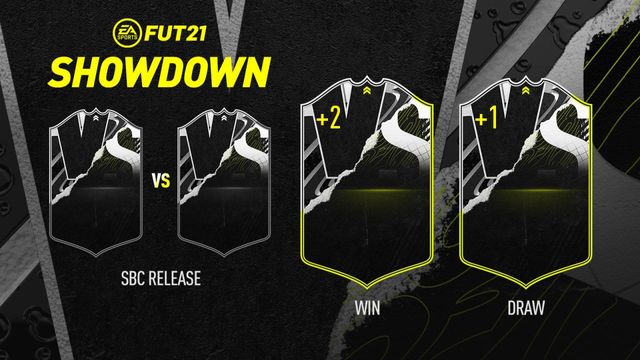 Here are the SBC costs and requirements for both Klaiber and Malen.

Here’s all the information regarding Klaiber’s Showdown SBC.

Here’s all the information regarding Malen’s Showdown SBC.

Both Klaiber and Malen look like incredible options that are relatively well priced at around 75,000 coins to complete from scratch, with that cost being lowered if you already have some items in your club.

Klaiber will definitely be one that a lot of people complete, given his links to the newly released and very popular Flashback Arjen Robben on the right-hand side. With 92 pace, 91 physical, 84 defending and over 80 passing and dribbling, he looks like one of the best RBs in the game currently, with even more potential to upgrade.

Malen is slightly trickier to advise completing, purely because there are better-attacking options in FUT, whereas Klaiber is a leading RB currently. If you’re in desperate need of an attacking player that links to other Eredivisie players, he’s definitely a look, but if your squad is geared more towards the top 5 leagues, we’d advise to stay away and save your coins.

The two Dutch giants face off on Sunday, January 10th at 15:45 UK time at the Johan Cruyff Arena.

Currently, it’s not 100% certain at which time the SBCs will expire, just saying 3 days time, so there’s a small chance that the SBC expires at 6pm on the 10th, in which case you may be able to complete the SBC of the winning team, however, this is unlikely, so get in your predictions and complete the SBCs in advance.

It’s a top 2 battle in the Eredivisie, with Ajax ahead by just 1 point going into their fixture with 2nd placed PSV.

In the league, PSV are unbeaten in their last 8 games, winning their last 3 games, however, the free-scoring league leaders have already scored an average of over 3 goals a game so far this season.

The betting odds have it slightly in Ajax’s favour, giving them ⅗ odds, with 16/5 for a draw, and 4/1 for a PSV away win, as of Thursday, January 7th.

This one is a very tricky one to call, with everything poised to be quite a cautious fixture, but if we had to pick a team to win, we’d choose Ajax, although a draw is equally as likely.

To finish off, let’s look at the upgrade potential of both cards.

This graphic from Twitter user @EAboostrz shows us what we could be in for in the event that either team wins, and boy do the cards look tasty, with Klaiber especially looking like an end game RB option, and with incredible links to the Flashback Robben.