The future is now!

Now that the new year is upon us, it’s time to start looking at some of the upcoming promotions in FIFA 21 Ultimate Team, and Future Stars is one that may not be too far away!

Future Stars has been in FUT since FIFA 19 when it was introduced, and focuses on younger hot prospects that haven’t yet established themselves as stars on the world stage.

With massive boosts to reflect potential future ratings these youngsters may achieve if they reach their astronomical potential, Future Stars is one of the most popular promotions of the last couple of years.

Here’s all the news on Future Stars, what they are, card designs and all the content you can expect to see throughout the promotion.

What Are Future Stars?

The Future Stars Promo is an awesome event that takes a look into the future, with massively boosted cards given to some of the best young talent in the world of football currently.

With huge boosts to card stats and overall ratings, as well as skill moves and weak foot in a number of circumstances, Future Stars cards reflect how some players may look in the future should they realise their potential and reach top form in their professional careers.

Given that these cards feature massive boosts to previously underused players, Future Stars is a real fan favourite that brings a whole host of new items into the limelight, shaking up the FUT meta in an exciting way!

While we haven’t had any concrete news on Future Stars as of yet, we can make some predictions around when it might arrive in FUT 21!

This year in FUT 21, we expect Future Stars to be kicking off around Friday January 29th, being the first promotion released after Team of the Year, which is predicted to arrive on January 18th.

Last year in FUT 20, Future Stars dropped on January 31st, while in FIFA 19 they arrived on January 18th, so we’d expect somewhat of a similar release date in January this season.

We haven’t had any official Future Stars card designs as of yet, however we’ve seen some incredible concept cards made up by the community this year!

This Future Stars concept card design from @FcWolke99 shows us what we could roughly expect from the Future Stars card this year! 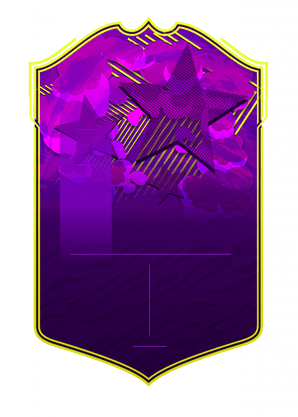 Throughout the course of the Future Stars promo, expect 2 teams of players to be released, each filled with awesome new cards, released into packs for a week-long period.

Be sure to check back later for our Future Stars Predictions! One of the great new features to Future Stars last year in FUT 20 was the Future Stars Academy Objectives, that allowed players to ‘rise through the ranks’ with various Future Stars items, using higher rated versions as they completed objectives as they went.

In the example below, players started off with 77 rated Zaniolo, obtained by completing a simple objective. To obtain the higher-rated 81 version, players had to complete objectives with the 77 rated version (score 2 goals, get 2 assists etc). After completing all the objectives in the group, players were rewarded with the highest rated Objective card as the overall group reward.

Being a relatively heavy promotion driven towards pack sales, the Future Stars squads are the main attractions, however, we can still expect some other content, including:

Player SBCs will be another staple of the promotion to compliment the squad of players already in packs. Last year we saw a number of Future Stars SBCs released, including Moise Kean, Weston McKennie, Takefusa Kubo, Kieran Tierney and Nicolo Barella.

Promo Packs will also be a staple of the event, with lightning rounds at peak times around the release of the Future Stars squads, and daily store refreshes of high value packs.