It's a brand new year and already rumours and leaks are starting to emerge about this year's Call of Duty.

COD 2021 is a mystery to so many but it's quickly feeling like we already have an idea of what's to come.

Black Ops Cold War has had a mostly positive reception due to its inclusiveness and improved functionality in many areas, although fans have quickly turned their noses up at it.

While the game has made many improvements, in a lot of areas, it has evidently lacked some polish due to the COVID-19 restrictions that impacted the gaming industry last year.

With Warzone being used as a medium between all of the tiles, what could this year entail and how will they all connect together?

Click the links below to read all about COD 2021:

The release date for COD 2021 is rumoured to be the 12th November 2021 - this is according to various rumours floating around (none of which can be confirmed).

The current Call of Duty game launched on the 13th November 2020.

Call of Duty launches land in a consistent time frame year-on-year. Last year, it arrived in November, with the two years before (breaking the norm) and launching in October. Before this, they arrived in the first week of November.

You can expect COD 2021 to fall within the November time, as the developers will need all the time they can get to ensure they have a solid product and allow ample beta testing.

Last year, Activision revealed the rough release date and initial details of this year's title in their Q4 investor call; which happens in February.

It wasn't until August that we got a concrete release date, but usually the release date is revealed in June/July.

This year, we're expecting Sledgehammer Games to develop the next Call of Duty.

For the uninformed, for the past 6+ years, Infinity Ward, Treyarch and Sledgehammer Games have taken it in turns to produce a new Call of Duty game.

Sledgehammer was originally in charge of developing the 2020 Call of Duty game before Treyarch had to step in and changed the focus to Black Ops Cold War.

It sounded like Sledgehammer had developed a number of assets for that game before being moved off the project.

They were originally removed off the project due to the "mess" that the team was in. So are they actually being trusted with the next game?

Sledgehammer has done a lot of work to hire a brand new team in the past year; in fact, they've brought in over 100 new employees.

Sledgehammer also posted a tweet on NYE, noting 'Power Off. Power on'. Then, on the same day, Treyarch implemented the Sledgehammer melee weapon into Black Ops Cold War.

Tom Henderson, a well-known Call of Duty leaker posted a cryptic tweet with someone holding a Sledgehammer, asking if we are ready for COD 2021.

But how can they develop a new game, in such a short time, with the current COVID restrictions in place?

We have had reports in the past that Sledgehammer is developing a free-to-play Call of Duty game this year, that is unrelated to the main Call of Duty franchise/release schedule.

Could Infinity Ward be the ones to take the wheel again? If you're not aware, the development of a new game usually starts for a studio soon after the release of their most recent title. That means Infinity Ward would have started working on the next title back in early 2020.

Could they be ready in time? It's definitely a possibility. We're expecting their next game to be Modern Warfare 2, so it theoretically won't be too dissimilar to what they already have.

It's also no secret that there are a number of assets yet to be pushed live in Modern Warfare including maps and weapons. The theory is that these are being held back for Modern Warfare 2; which, on reflection, makes sense why they did this.

But, rumours suggest they are in charge of COD 2022, which is what we would have assumed if it wasn't for the unsure nature of Sledgehammer Games.

There are a few suggestions at this point in time:

I think it's too ambitious for them to produce something completely new, at this point with the set backs they've faced. But, then again, Infinity Ward and Treyarch used to work with a revolving two-year window before Sledgehammer jumped in.

Although games were far more simplified back then and we're getting much more post-launch content, with the man power the studio now has, it could be plausible.

A recently deleted Reddit post suggested that the new game will be WW3, evidently continuing the great work Sledgehammer recently did with WW2.

However, Tom Henderson was quick to shut that down with a simple 'No'.

So what about Advanced Warfare 2? This was the heavily rumoured title before WW2 was revealed to the world and one I think a number of fans would be interested in.

But, again, there are equally a number of fans who do not want to return to jetpack Call of Duty again and I'm not sure how different Sledgehammer could make that game. It's also clear the Modern shooter setting has captivated the audience more.

What about Modern Warfare 2? I think this is the front runner (at least for me) at this point in time due to how much content is still sitting locked away and Modern Warfare/Warzone are still extremely popular with the player base.

The original game released with a £59.99 price tag attached, with players only needing to pay an extra £5 for a cross-gen bundle.

Last year was the first time Activision didn't release physical enhanced versions of their games, instead opting to go all digital.

Here were the available editions:

There's currently no trailer or teasers for the new game at this stage.

But, you can check out the trailer for the past two Call of Duty games below.

We can assume that the game will release initially for Xbox One, PlayStation 4, PC, Xbox Series X and PlayStation 5.

Nintendo systems haven't seen a Call of Duty game since Call of Duty: Ghosts on the Wii U and its unlikely we will see one any time soon.

We're expecting another modified version of the Modern Warfare engine, both due to familiarity and time restraints.

Each developer has their own way of implementing their own shine on a current Call of Duty engine, so expect some differences from the original.

I would anticipate the gameplay will remain boots on the ground for the forseeable future.

The gameplay for Black Ops Cold War wasn't revealed until August/September - so you'll be waiting sometime before we get an idea of what the gameplay looks like.

But, details and leaks tend to float onto the internet in the months leading to it.

Warzone will continue to be the link between the many different games, creating one unified universe.

It's expected that Warzone will support cross-platform and cross-generational play.

Items from COD 2021 will also be integrated into Warzone, although this may not be the case at launch.

It begs the question of whether older weapons, those featured in Modern Warfare, will be removed to make way for the new weapons.

We can also expect a brand new feature map at some point in the game's lifecycle.

The game will likely remain on the Modern Warfare engine. 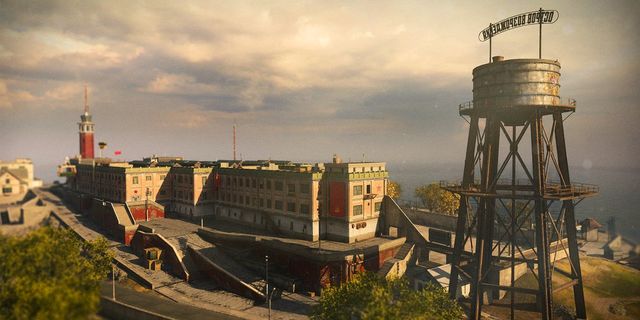 How will COD 2020 integrate itself into Warzone?

Until we understand what game we're looking at, it's unsure how the campaign story will unfold.

It's more than likely going to be a continuation of an already established timeline and story.

Based on what we know, we'd say it is a sequel rather than a prequel to any of the established timelines.

The Campaign is often the first thing to be featured when showcasing the new Call of Duty, usually acting as the centrepiece for a reveal trailer.

Multiplayer gameplay isn't usually shared until a month or two after the initial reveal.

There's simply no information on the multiplayer at present, other than it will be themed around the campaign experience.

Will the new game have Zombies? There's no doubt that the lack of Zombies was felt in Modern Warfare and has had a raving review since returning in Black Ops Cold War.

If Sledgehammer is in charge of this year's game, they could certainly revive the Zombies experience.

If the game is WW3, there could be a big opportunity for plot development and a continuation from where it left off in WW2.

There will no doubt be a lot of takeaways from this year's Call of Duty, that can shape the development of the next, with Zombies likely playing a big part.