Valorant has been one of the best releases for the entire of 2020.

Riot Games' first entry into the tactical shooter realm has been a massive hit with players, and the game has seen progression in every regard.

One aspect of the game that has been touted as one of the best, is the options when it comes to in-game cosmetics.

However, a newly released Vandal skin is causing a lot of frustration among players.

The new Wasteland Vandal skin, which can be seen in the above article image; is the cosmetic in question.

The skin slightly alters the way the weapon appears to you and other players.

This is where players are encountering issues, as the barrel that is present on the Wasteland skin is slightly longer than the stock one.

This has enabled players who are wearing the skin to be spotted around corners much faster than if they were not using the skin.

This was posted to the Valorant Sub-Reddit by u/zhoost, as they noted the following:

So, enemies can see the muzzle before normal... 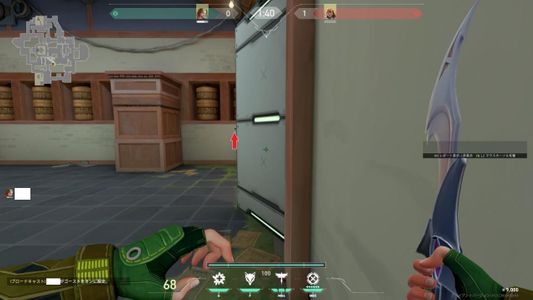 Riot themselves have not commented on the issue yet, but we are sure they will resolve this in the coming days!