FIFA 21 Starter Guide For Beginners: How To Make Coins Fast, Tips For Your First Squad & Making Your Ultimate Team

How to get the best start to FUT at Christmas!

For those starting out FIFA 21 Ultimate Team around this festive period, the grind ahead can feel somewhat daunting with so many players already having top tier teams and millions of coins, but never fear, there are plenty of tips and tricks to get you up to speed and competing in a matter of hours!

Be sure to check out all the linked articles below, as they’ll give you even more information on how to best go about tackling various modes and objectives to help build up your FUT club!

Your First Login & Getting Started

When you login to FUT for the very first time, you’ll have various selections to make, such as your Club Name, Kits, Crests and your Starter Nation, which will determine which cards you get in your starter packs.

Be sure to check out our FUT 21 Starter Guide to get all the additional tips on what you should look to do during specifically your first login to FUT 21!

Starter Objectives are plentiful in FUT 21, and will grant you some useful rewards which can be used to kickstart your FUT club. Also, an important area to look over are the Basic & Advanced SBCs or Squad Building Challenges.

These can be completed for very few coins in the early stages and give back some very valuable tradeable packs that can help a lot in getting an early coin total together to build your very first squad.

Be sure to check out past Gfinity articles for solutions on current SBCs, you can also check out FUTBIN for some up-to-date solutions to both the Basic & Advanced SBCs.

A big new bonus to FIFA 21 Ultimate Team are the massive coin boosts you can obtain just by completing your 5 Division Rivals placement games.

After playing your 5 placements, you’ll receive a coin reward based on the division you’re placed in. Winning more matches means a higher division placement and a higher coin reward.

The available coin rewards for the promotions into the division are as follows:

The highest division you can place in for winning all 5 of your placement matches is Division 2, meaning you can obtain a whopping lump sum of 89,000 coins (the sum of all the division promotion rewards below and including division 2), which can be a massive bonus in building your first competitive squad.

Before you take your team into modes such as FUT Champions, or competing in more Division Rivals games to reach Division 1, it’s best to build out as competitive team as possible using the coins you’ve already obtained.

Here are some tips on some cheap, but awesome players you should be looking to fit into your first setup!

For those that have already played FUT this year, they’ll know just how hard Gomez is to get past. With his 82 pace, 83 defending and 80 physical, standing at 6’2”, Gomez is the go to CB for so many, and will be a rock in the defence for you early on. 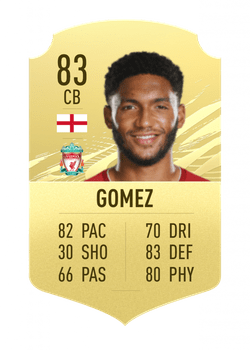 Son is the 7th most used player in FUT on PS4 this year, with nearly 10,000,000 games played. When deployed centrally as a ST or CAM, his 5* weak foot coupled with his incredible shooting statistics make him one of the best budget attackers in FUT 21 currently. 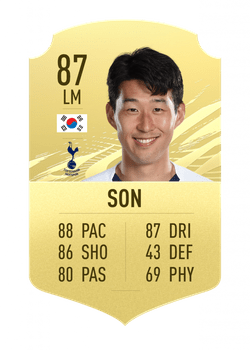 When it comes to budget CDMs, Allan is a perfect player to look at! With Brazilian links in the Premier League, he can fit into a number of teams, allowing links between the EPL and La Liga easily, and with 85 defending, 83 physical, 83 dribbling and solid pace and dribbling, he’s a great addition to any starter midfield.

Moving into La Liga, one of the best midfielders you can get under 20,000 coins is De Jong. One of the most solid budget all rounders in the middle of the park, Frenkie can create attacks using his playmaking ability, but is also a very adept defensive midfielder, perfect for a CDM in a 4231!

Dembele’s price this year is absolutely crazy, with both 5* skills and 5* weak foot, along with 92 pace and incredible dribbling and shooting in game. Being easy to link, he’s an incredible player in any position in the attack, be it on the left or right wing, or even centrally as an attacking midfielder or striker!

Now that you’ve got your squad together, it’s time to take them into some games, and FUT Champions (once you’ve redeemed entry through earning qualification points in Division Rivals), or Squad Battles are the perfect places to go and test yourself against other players or the AI, while earning some great rewards for your club.

FUT Champions will pit you against other players in a 30 games Weekend League, in which earning more wins will earn you better coin and pack rewards, as well as red player picks, which will give you a shot at some of the best In-Form cards from the following Team of the Week.

For those looking to get a taste of FUT gameplay against the AI, Squad Battles will allow you to take your team into some slightly more relaxed games against the computer at a chosen difficulty, and will allow you to earn weekly coin and pack rewards to further bolster and improve your FUT club!