The Nintendo Switch is still one of the world's most popular consoles.

It has set record sales in recent months, and Nintendo does not appear to be slowing down anytime soon.

When the console released, it took over the world; its innovative design was something only Nintendo could imagine.

However, a new leak has surfaced which has revealed multiple concept features that never made it to the final design.

Forestillusion has posted some images of the leaked documents from the original Nintendo Switch.

The first one is apparently an old concept that Nintendo was considering when designing the console.

This one also dates back to 2014! Three years before the console actually released. 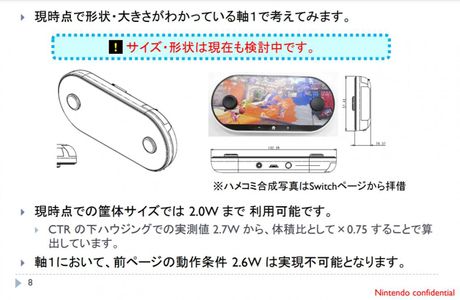 Forestillusion has also noted the following in their tweets:

Nintendo won't be happy. More stuff leaked just now. Switch private keys and many documents. One document reveals the Switch's design in 2014 and it is eerily similar to that one hoax that was floating around and got traction years back.

This leak is easily the most damaging to Nintendo. The entire security of the Switch is useless and anyone could produce their own game cartridge since the keys were leaked. This also wouldn't be able to be fixed as doing so would cause all released games to become unusable.

Someone tested the leaked keys and they didn't match. The private key apparently changed sometime between the files in this leak and the launch of the system. So close.

We doubt Nintendo will comment on these leaks, but we will be sure to follow up if they do in the near future!