Cyberpunk 2077 doesn’t have a shortage of NPCs – but they all have varying degrees of fashion sense.

For every well-fitted suit there’s a somewhat questionable combination of a cowboy hat paired with no shirt and long boots.

So came this idea. Let’s team up with a professional stylist and hunt down Night City’s best-dressed NPC.

Armed with our new expert (I, for one, know nothing about fashion) we set off on our mission. As you’ll find out… it was far from easy. Turns out no one in Night City knows how to dress… or, fashion has evolved so far away from what it is now that our minds can’t fathom style in 2077. 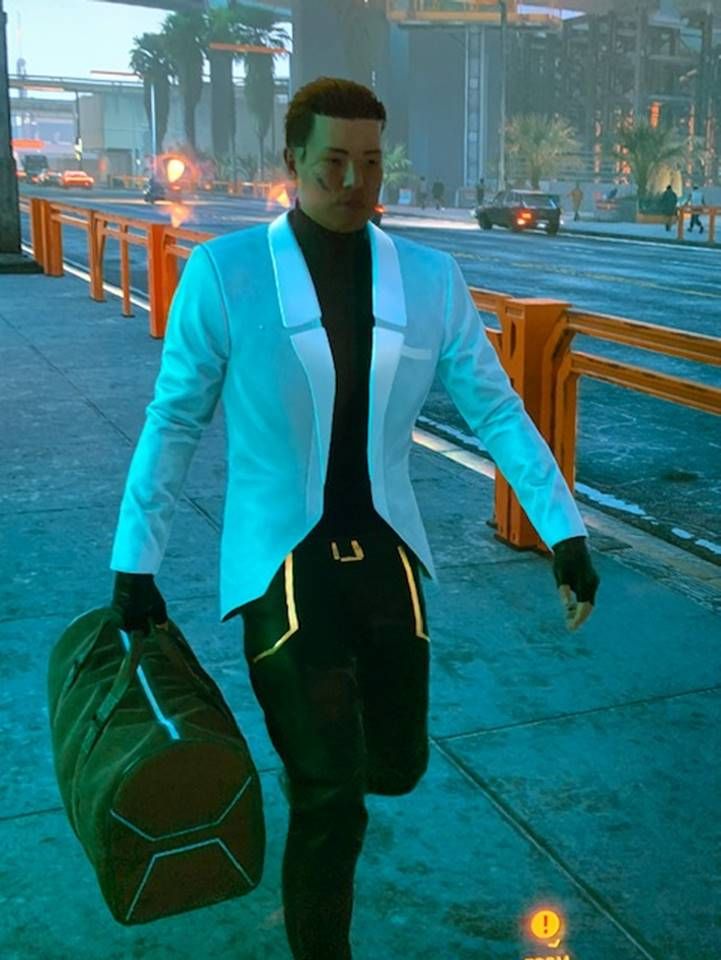 Daisy says: This blazer is awful. It’s also the least practical thing I’ve ever seen. Stick to all black.

Also the bag looks a bit dodgy. What’s in there?

Some would say this is slightly on trend, but seriously, that blazer is meh.

NPC 2: The ‘I don’t know what I’m wearing it was auto-generated’ look 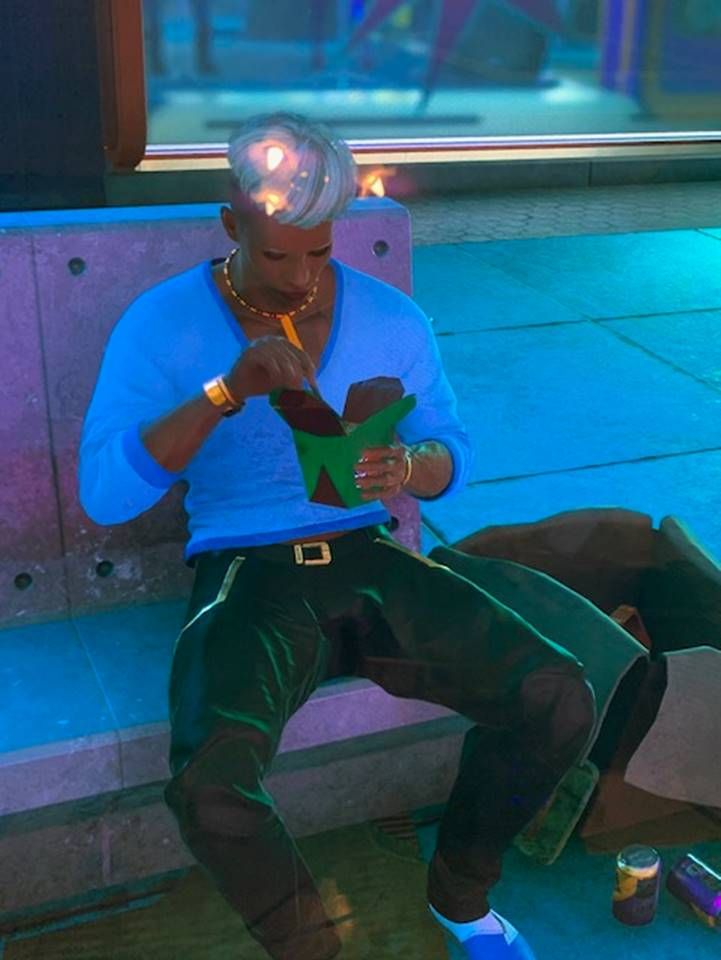 There’s also way too much gold jewellery going on. 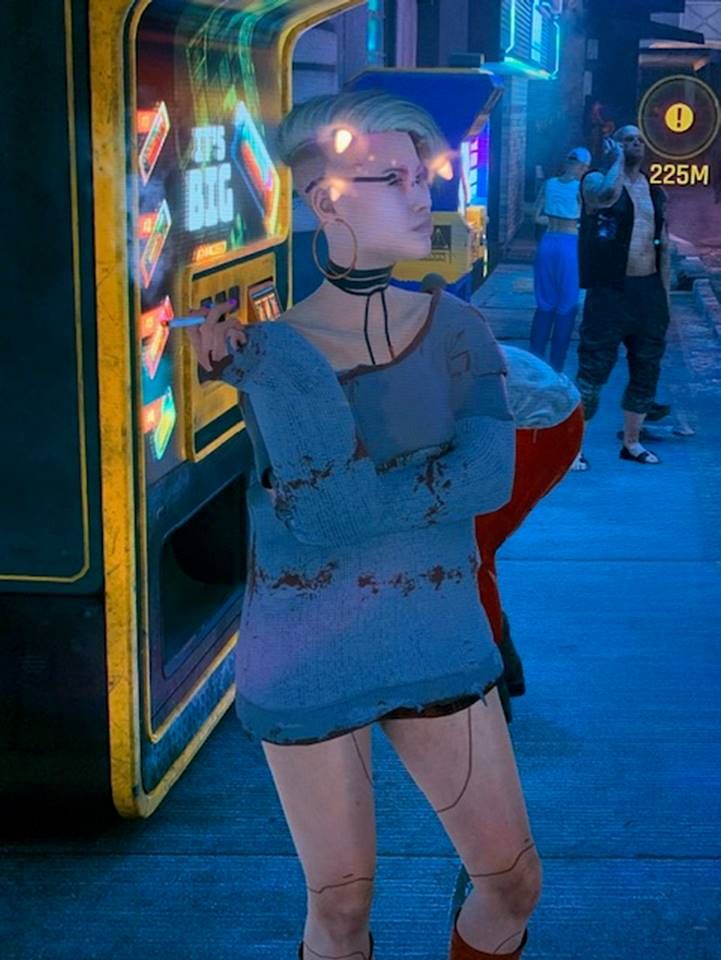 Daisy says: Right, at first glance, she looks awful – and is that blood on her jumper?

Look again though and she’s actually she’s super stylish. The glasses and boots add a perfect contrast to the distressed top… not bad. Especially if this was autogenerated.

NPC 4: Ricky Martin called… he wants his blazer back 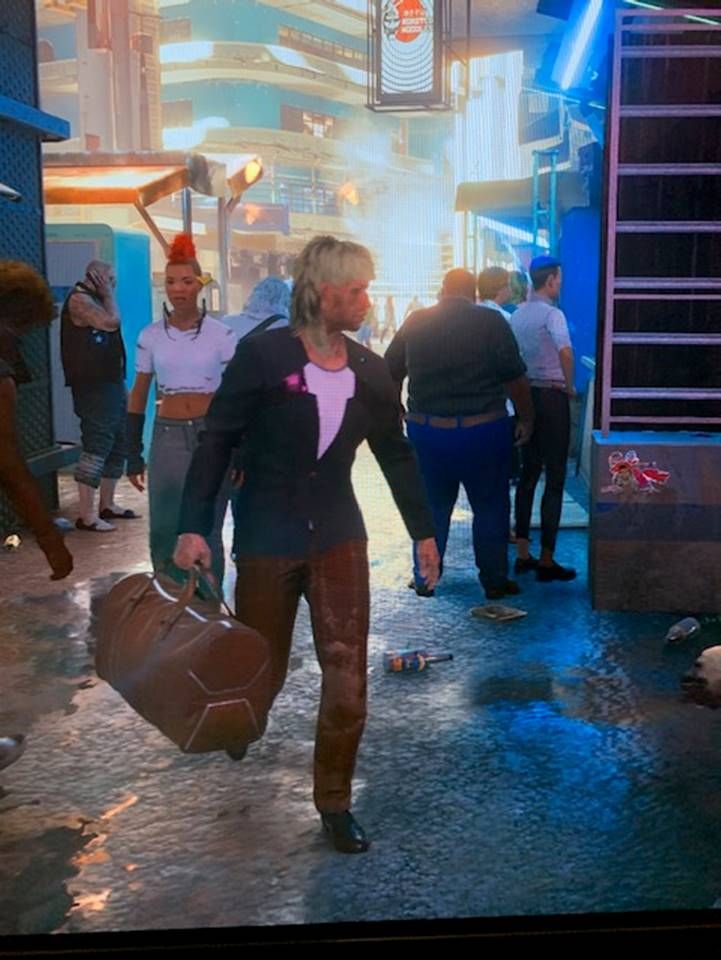 Love the trousers, but why does everyone in this game have to wear blazers? Also truly needs to sort his hair out.

NPC 5: The ‘please can someone get me some shoes instead of boots to go with this’ 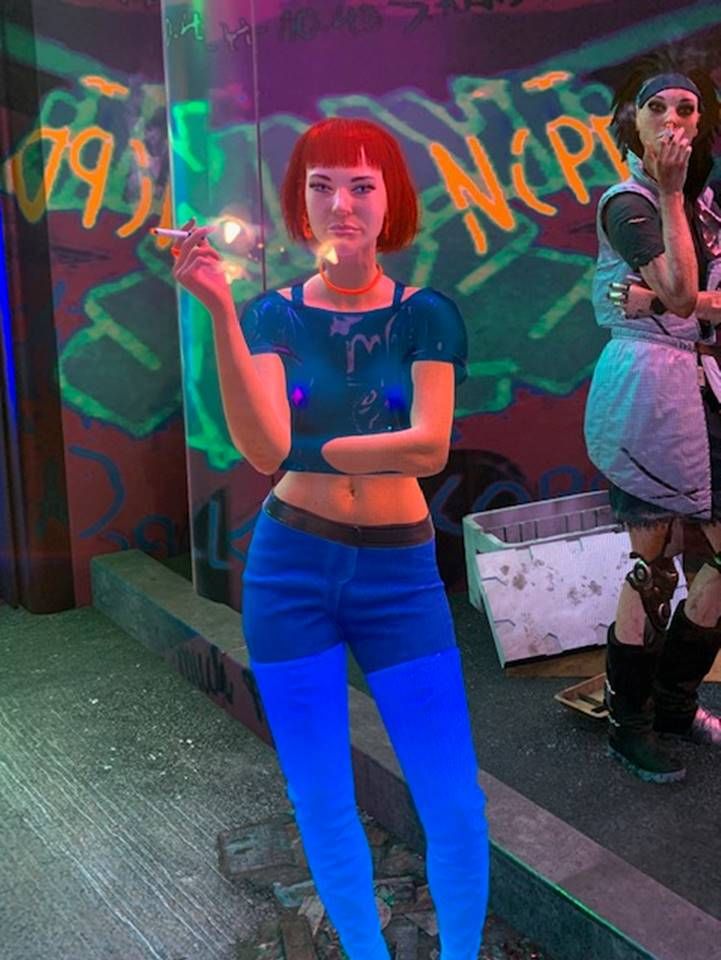 Daisy says: This is like the Kardashians gone wrong. The boots with jeans? Really?

NPC 6: The ‘look I just like getting dressed up whatever the occasion’ 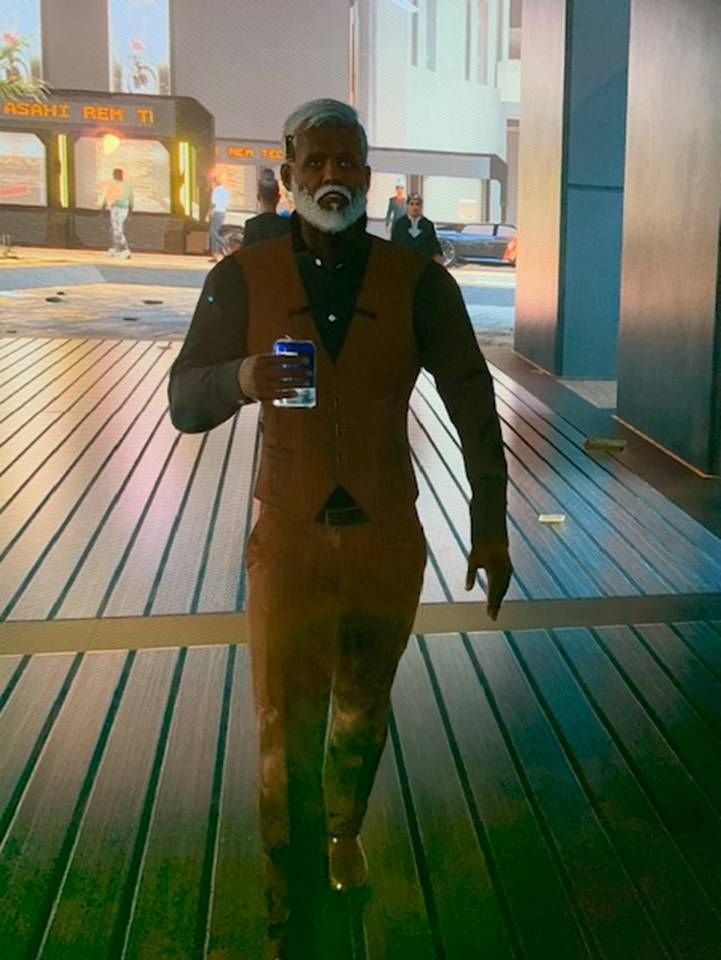 Daisy says: What a sleek look. Is he going to a wedding? Or GeTtINg MaRrIeD?

At least the legs and waistcoat match – while the dark shirt underneath compliments his autogenerated hair.

Shoes are decent too. Not bad.

NPC 7: The ‘yeehaw I’m just on the way to buy a burrito’ look 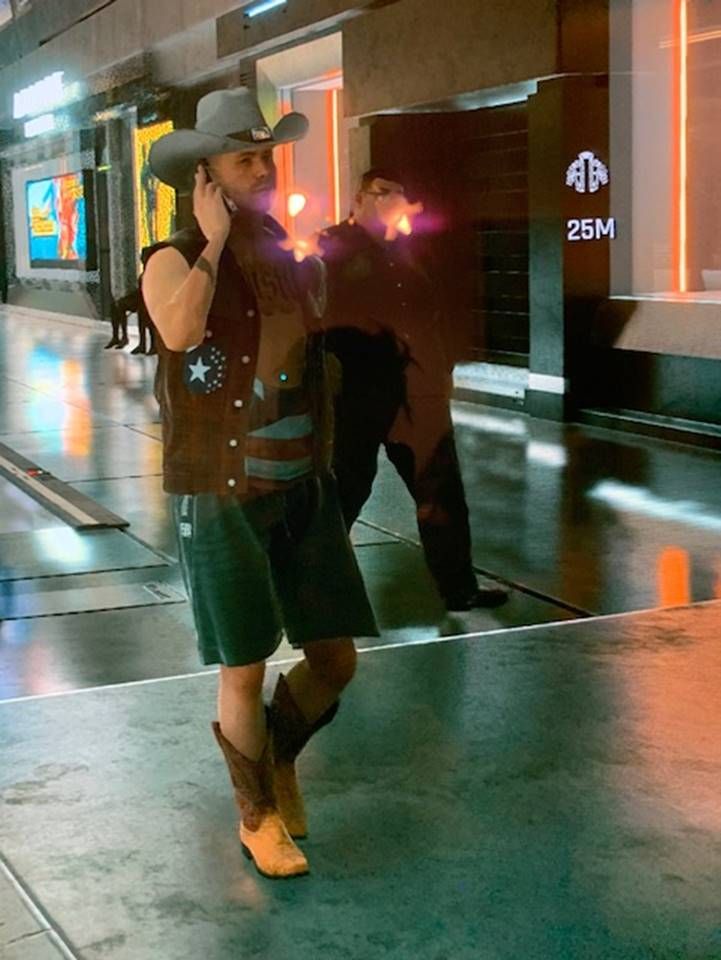 Daisy says: Is he going to a fancy dress party? SO BAD.

The basketball-style shorts have clearly been autogenerated because there’s no way I would pair them with those terrible boots.

Also, he’s clearly not talking to anyone on the phone… as we’ve followed him for 2mins and he’s said nothing and just started talking to us.

And the award for best dressed NPC in Night City goes to….

This person! (who was in such a rush she couldn’t stop to pose so we had to snap her on the move) 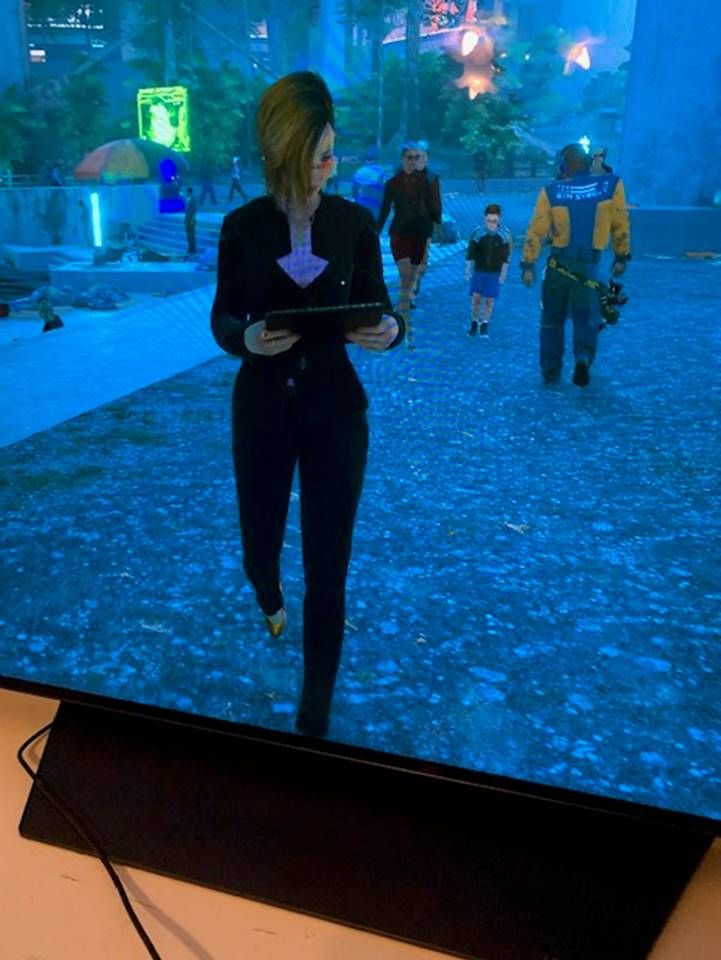 She’s clearly successful and flaunts her figure with some figure-hugging trousers.

She knows it too as she literally walked right through you just now.