Destiny 2 Beginner's Guide 2020: Everything You Need To Know When Starting Out

Destiny 2 is excellent, but it can take some time to find your feet. Let us help.

Wondering how to get started with Destiny 2? We've got you covered with our extensive guide.

Destiny 2 is the latest title from Bungie, original creators and developers of the Halo franchise.

The first game launched in 2014, but the sequel looks to be expanded upon over the next few years. The game’s story is based around the Traveler, a huge sphere the bestows new power to its chosen soldiers, known as Guardians.

Those Guardians work to battle against various alien races, from the time-travelling Vex to the militaristic Cabal. This is done through first-person combat, with players able to play through PvE (player-versus-environment) or PvP (player-versus-player) content to grow their Guardian’s power level.

The game also takes cues from MMOs, with social spaces, quests, and exotic gear - but we’ll cover those shortly.

Here are the key facts when considering jumping into Destiny 2.

1) The game is free-to-play, meaning you can try it out with no investment.

2) If you find yourself hooked, you can buy expansions piecemeal. These offer new campaigns and exotic weapon quests, but if you’re on Xbox One or Series S/X, they’re all included in Xbox Game Pass.

3) Destiny features seasonal content that runs for around 3 months. While there’s no obligation to buy a season pass for this content, it does reward players with freebies for levelling up - think of it like a Fortnite battle pass.

With all that said, let’s get started 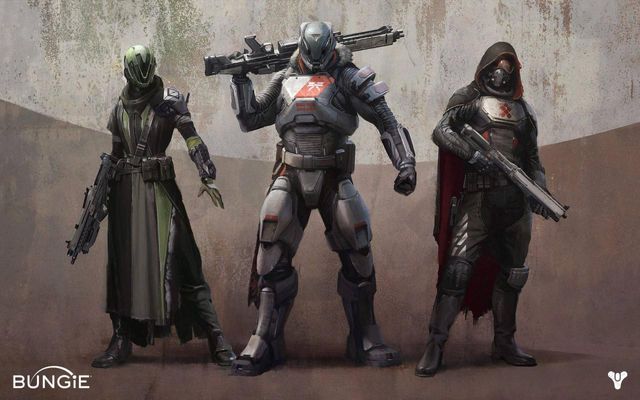 When loading into the game for the first time, you’ll be able to create your own character. While the customisation options are limited, the key decision is choosing your class.

While you’ll still be getting the same basic gameplay, here’s a simple way of running down which class does what:

Each class has a series of subclasses, each focused on an elemental damage type. So you can use a Titan with the Solar subclass, or switch to a Void subclass depending on the situation.

While you can switch subclasses, your main class cannot be changed - although many players have multiple characters to be able to play as all three.

Each subclass has its own melee, grenade, and Super ability. While the first two charge fairly quickly, you Super can level an entire platoon of enemies. 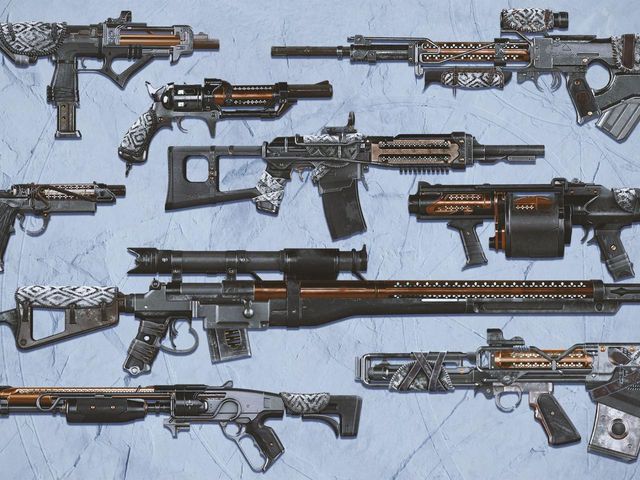 Destiny's weapons are one of the big draws of the game

Weapons in Destiny 2 are your main way of interacting with the world - after all, your good looks can only get you so far when you’re staring down a group of enemies.

Thankfully, Destiny 2 offers a robust arsenal, and one of the main draws of playing is searching out as many of the weapons as possible.

There are 5 damage types in Destiny 2: Arc (blue), Void (purple), Solar (red), Stasis (dark blue), and Kinetic (anything that doesn’t have a damage type is kinetic).

For the most part, your damage type will only factor into shielded enemies. If an enemy has a red shield, for example, you’ll have more luck tearing through it with a Solar weapon or ability.

As for the guns themselves, here are all the current weapon archetypes, each with their own set of weapons:

Ammo is doled out differently, depending on your weapon selection. Primary ammo is plentiful, so you can expect to keep things like your Auto Rifle or Hand Cannon well stocked.

Special Ammo, usually reserved for weapons like Shotguns and Fusion Rifles is rarer, and then Heavy Ammo, for the big guns like Machine Guns and Rocket Launchers, is rarer.

Earning weapons and armor is done through completing activities or through random drops.

Items drop in the following rarities, although Common and Uncommon have essentially been phased out at this point:

While Exotic weapons offer potentially game-changing perks, you can only equip one piece of exotic armor and one exotic weapon at once.

That means that as you play more, you’ll likely look to earn Legendary gear to fill out your setup. These offer randomised perks, so while two Auto Rifles may be called “False Promises”, they’ll offer different perks and stats.

Weapon stats are as follows:

The same goes for armor, too, and anything you don’t want can be dismantled into materials.

Armour Stats are as follows:

While the game’s Mod system can be particularly intricate, we’ll keep it simple here. Weapons can be tweaked or upgraded to allow specific bonuses (think things like faster reload speeds), as well as Masterworked to allow for orbs of power to drop from enemies on precision kills (feeding your Super ability).

Meanwhile, armor mods are able to tweak the stats we mentioned earlier. You can also use shaders to customise your weapons and armor, as well as more impressive Ornaments - although these are usually offered through Microtransactions.

All of your equipped gear, between weapons and armor, feeds into your Power Level.

At its core, this is a way of showing you that you’ve got stronger through playing the game, and while much of the game’s harder content types are available regardless of Power Level, increasing it will ensure you hit harder and can be hit harder.

Think of it as a level requirement, and be prepared to switch gear to maximise your level.

Each season also adds a seasonal artefact to be levelled up, and doing so can give your Power Level a handy boost, too.

For a deeper look, check out our guide.

Strikes are an ideal way to learn the mechanics of combat

So, you know what to do with your weapons and armor, but what about the actual game itself?

You can then move onto Nightfall strikes - tougher variations with unique modifiers. The bigger the risk, the bigger the reward, although there’s no matchmaking so you’ll want to play with friends.

The Crucible: Destiny’s home for anything that has you solely killing other players, The Crucible offers the usual deathmatch and team-based modes you’d expect and can help you level up quickly.

Every weekend a mode called Trials of Osiris is available. Be sure to check out our guide to that here, but just know that it’s not for the faint of heart.

Gambit: A mix of PvE and PvP combat, Gambit tasks two four-player squads with killing enemies and banking the motes they drop in two identical but separate arenas. The first to bank enough motes summons a bigger enemy, and the first to kill theirs wins.

Complicating things are Portals on either side that allow players to invade the enemy arena and gun down the opposition, with every death dropping motes.

Raids on the other hand are aimed at six players, offer no matchmaking, and can often take hours to complete (at least the first time). They’re undoubtedly Destiny 2’s hardest content, but you’ll also earn some of the best gear in the game for completing them. 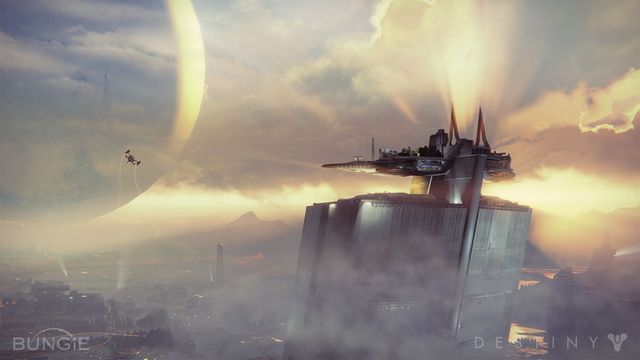 Prepare to visit the Tower often

Destiny’s main social space is the Tower. A place to relax after a mission, meet up with other Guardians, or simply grab bounties from any number of characters that live there (more on those in a moment).

Here’s a quick guide to your contacts there:

As for Bounties, think of these as a small to-do list. For example, Zavala might ask you to get precision kills (headshots) during strikes. Doing so will increase your reputation with the vendor, and reward you with bonus XP.

So, there you have it. A beginner’s guide to Destiny 2, and while there’s plenty more to find and enjoy in the game, we didn’t want to make your head spin.

For more on Destiny 2, be sure to check back as we continue to report on the MMO/shooter hybrid.