The Gfinity Team's Best Games of 2020

At least something good came out of this cursed year...

It would be fair to say that at the start of the year, nobody expected 2020 to turn out the way it has.

As we approach what will be the strangest holiday period in recent memory, it's time to look back on the gaming releases of the year.

2020 was the year that bought lapsed gamers back into the fold and that drove casual gamers to pick up their first console.

It was the year of Animal Crossing and DOOM Eternal launching on the same day to hilarious mashup artwork, new consoles blowing away all expectations, Call of Duty going all-in on battle royale and Fortnite doing... well, whatever Fortnite wanted.

Microsoft bought Bethesda, EA is buying Codemasters, and all in all, the games industry showed us just how exciting it can be – even without E3.

With all that said, we asked some of the Gfinity team to put together their best games of 2020 – and the results may surprise you.

The Gfinity Team's Best Games of 2020 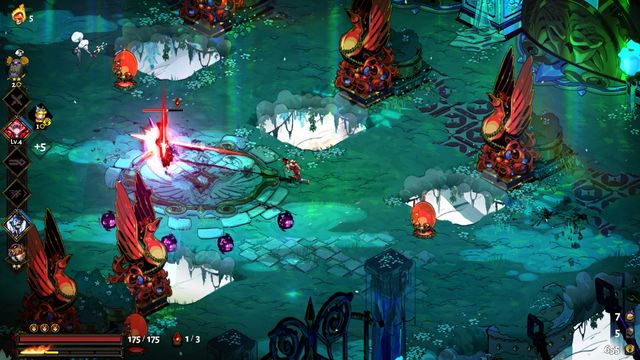 I've never played a game like Hades. Not in terms of its dungeon-crawling, loot-based mechanics, but in terms of the way it weaves its narrative around constant death and rebirth.

Every failed run when attempting to escape the underworld left me feeling less frustrated and more excited – offering a new chance to interact with its pantheon of characters.

Everything feels so tightly tied together that even when a run ends in a blaze of glory (and in the early stages, it will), it's easy to know where you went wrong, and what you can do next time.

It's an unmissable game, and one I'll be playing well into 2021. 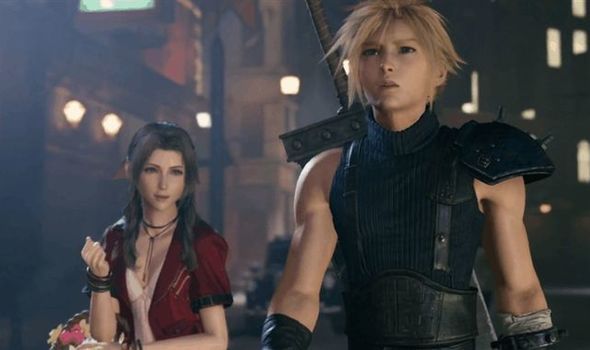 The Final Fantasy 7 Remake wasn't perfect. Far from it. There were moments where the story sagged and all urgency was lost in favour of sections which truly dragged (Honestly if I never have to operate another crane arm during Collapsed Expressway I'll be a happy man).

With all that being said, it was the perfect game for me and Square Enix should be applauded for recreating (and expanding) on such a beloved classic with this much polish and precision, because it's no easy task.

The wait was well and truly worth it. Cloud and co-managed to deliver on the promise of an action RPG spectacle with a real-time combat system that felt so incredibly well balanced that I'm still surprised how good it felt.

Better still, the story also managed to not just deliver something warm and familiar, which sounds obvious given its a remake, but (without spoiling said story) it had a new direction that made it feel more akin to a sequel than a proper blow-for-blow remake of the 1997 fan favourite.

I'll happily concede it might not be the game of the year, but it's certainly up there as one not to be overlooked. 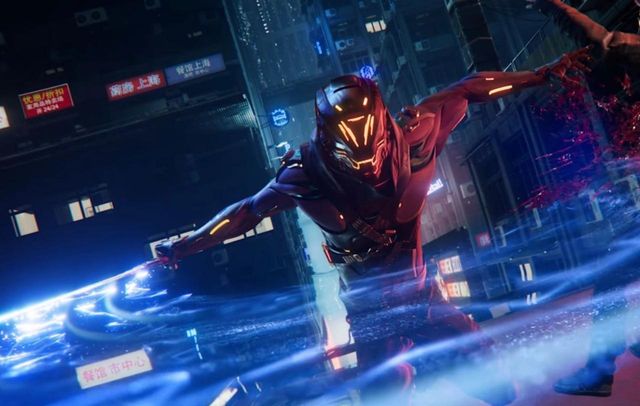 Ghostrunner is by far my favourite game of the year. Initially, I bought it to fill the void in my life while I waiting for Cyberpunk 2077, but within minutes it captured me.

Blending Hotline Miami 'one wrong move and you die' intensity with an incredible soundtrack and jaw-dropping graphics, Ghost Runner is everything you'd want in a video game.

For those after the best experience, pick it up on PC. So long as you have the hardware, It's one of the best looking games around right now.

On the Gfinity PC, which is powered by the brilliant Nvidia 3080, the game shows off Ray Tracing at its stunning best, while performance ticks along without breaking a sweat. It works great on less powerful cards too, so don't let that stop you! And the good news? This next-gen graphics upgrade is coming free to those who bought it on last-gen.

Read More: Ghostrunner Review: One Of 2020's Most Pleasant Surprises 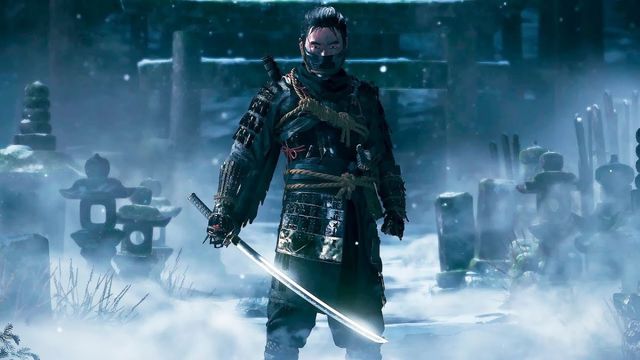 It is not often I get sucked into an open-world adventure nowadays. After all, I am one of the few staff members who could not finish Breath Of The Wild or The Witcher 3. So, when an RPG does manage to captivate my time, I know it is a keeper for sure.

This was exactly what happened when I dove into Ghost of Tsushima back during the Summer of this year. Although I was playing on a base PS4, the game was stunning and I was immersed in the beautiful recreation of 13th century Japan.

Jin Sakai's character development over the course of the story is one that kept me playing throughout this gorgeous open world. As well, the combat, while at times can be repetitive had some of the best boss battles this year.

The game can now be played on the PS5 with 4K support, a choice I wish I had at the time of playing. As a regular PS4 does not do this game justice. Although it did not win Game of The Year; it is certainly one to play during the holiday season! 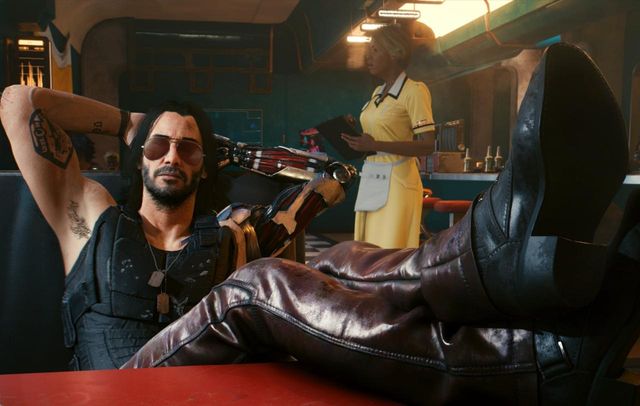 There’s a lot to not love about Cyberpunk 2077’s launch. But looking past the bugs (which haven’t hit me too badly), Cyberpunk 2077 is one of the best-told RPG stories in a long while.

I’m a sucker for a dystopian futuristic setting, the characters are a treat to interact with and the story is throwing me for a loop in all the right ways. I haven’t had long to explore Night City in 2020, but I already can’t wait to continue my adventure into 2021.

Read More: Cyberpunk 2077 Review: The More You Want, The Less You Get 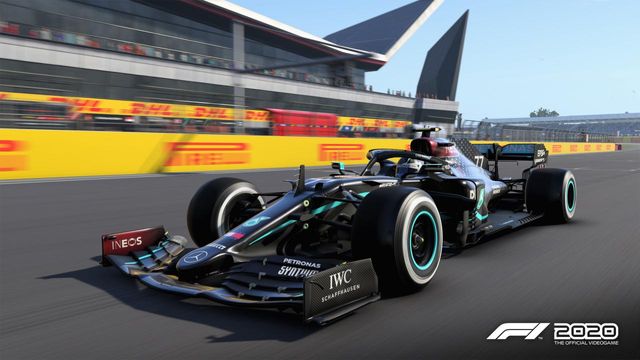 Codemasters’ latest instalment of the Formula One franchise is arguably the very best.

The introduction of MyTeam offers a deep insight into the runnings of an F1 team with a number of ways to reach the front of the grid.

With numerous settings which cater to everyone from the hardcore sim racer to the casual driver, F1 2020 does extremely well to provide a complete racing experience for all abilities. 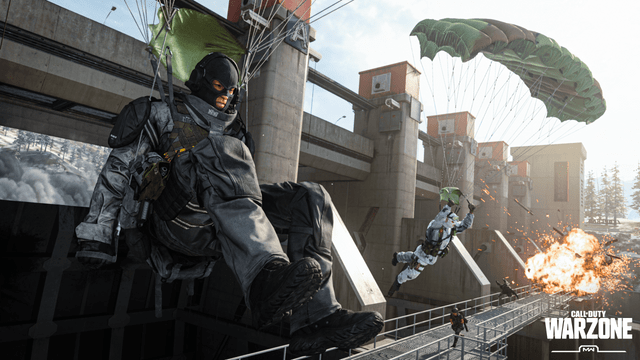 Where are we dropping boys? The lockdown saviour, Call of Duty Warzone, came at the start of the COVID-19 restrictions that started to sweep the world.

As a free content update to an already popular title, it came just at a time where game launches are usually very quiet.

It took all of the great qualities of Modern Warfare, removed the frustrating elements and gave it a home in Verdansk.

It was a fresh take on the Battle Royale genre and kept players minds off the woes of the real world.

I think 2020 would have been a forgettable year for gaming without this gem; best of all, it's changing all the time.

Be sure to sign up to Gfinity Plus and drop a comment below letting us know what you enjoyed the most this year!