The blues are coming soon...

If you've yet to cast your vote for the nominees, be quick, as the voting closes TODAY!

Headliners has concluded and no promo has followed it, meaning TOTY is the next big event coming to FUT.

Celebrating the best performers from the last year of football with some of the highest-rated, most boosted cards in the FUT cycle, TOTY is one that you don’t want to miss.

This is the time of the year where there's an incredible shift in the meta, all be it at a very lofty price. Meaning previously expensive and unobtainable cards will now become a bit cheaper.

Over the course of the promotion, a squad of 11, plus the 12th man community voted player will be released as a special “Team of the Year” item, with some of the biggest upgrades you’ll see this year, with multiple 99 rated cards in packs for a limited time.

Read More: FIFA 21 Icon Swaps 1 LIVE: Release Date, Objectives, Golden Goal, Rewards, Who To Get, Tips And Everything You Need To Know

Be sure to click the links below to read more about it:

The voting for TOTY closes today!

If you haven't submitted your vote, do it before its too late!

Looking for the best packs to use for TOTY and how to get them fast?

Check out our guides here:

Voting for TOTY is now live on EA Sports website!

Team Of The Year Release Date

TOTY voting has now begun and will continue until the Monday January 18th.

We're assuming the full team will be released that day and run for one week.

Over the course of the week-long promotion, we see staggering releases of sections of the team, before the whole squad goes into packs. This is roughly what we’d expect. 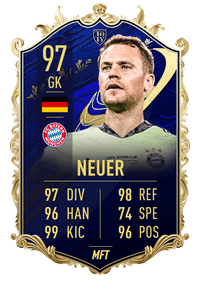 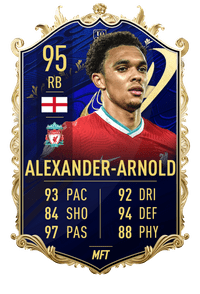 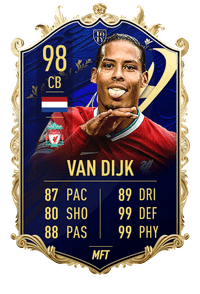 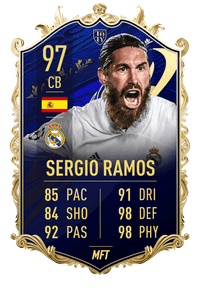 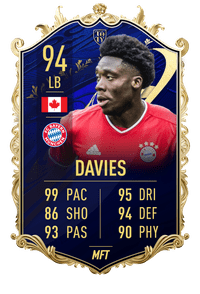 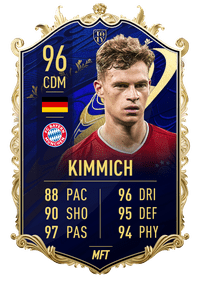 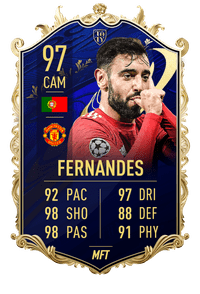 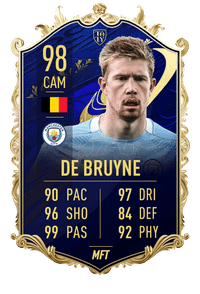 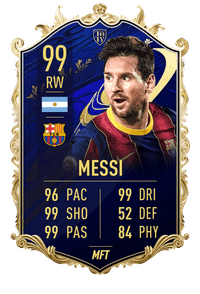 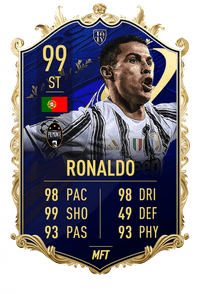 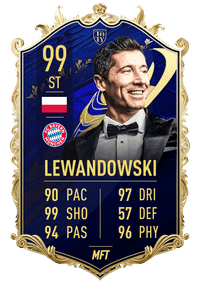 Team Of The Year Card Design

While we haven’t had any official card designs through for TOTY or TOTY Nominees yet, Twitter user @FcWolke99 has come up with a tasty looking concept card for a FUT 21 themed TOTY item that takes inspiration from the grand TOTY 20 design.

We’ll be sure to update you whenever we get the latest FIFA 21 version of the Team of the Year card. 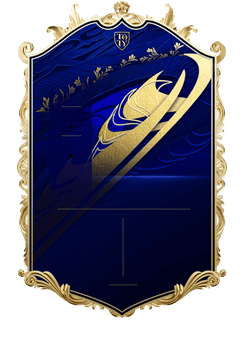 Team of the Year Squad

By far the biggest aspect of the promotion is indeed the squad of 11 players that is released into packs, as well as the 12th man community voted TOTY player.

The squad of players is voted for by the community and a handful of other groups, such as EA developers and some EA partnered clubs and is released to packs in stages over the course of the TOTY promotion, all being released into packs for a number of days towards the end of the event.

For the 12th man vote, the community gets to decide from 3-5 extra players they’d like to see added into packs alongside the squad of 11 TOTY items, last year we had a 99 rated Cristiano Ronaldo!

While we haven’t had any official TOTY nominees through yet from EA Sports, they should be similar to the official FIFPro World XI nominees of 55 players that was announced earlier this month. 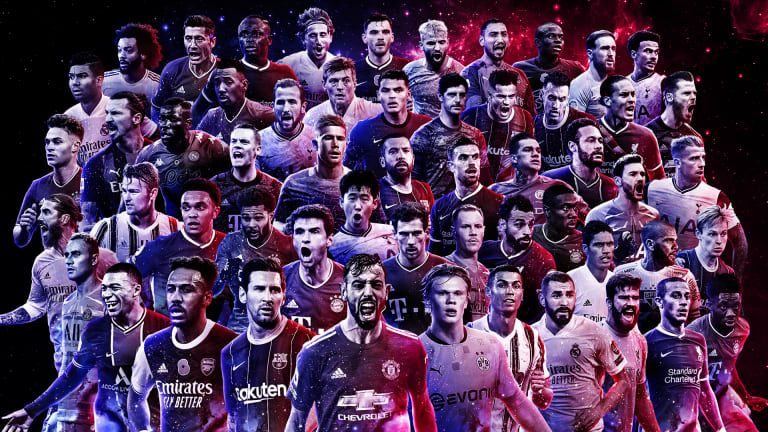 The Gfinity FIFA 21 Team of the Year Fan Vote

Cast your votes in the polls below for who YOU want to see in the FUT 21 Team of the Year squad!

Once the voting ends on December 23rd at 12am, we’ll release your predictions for who you think makes the FIFA 21 Team of the Year!

Make sure to click the links below to head over to the strawpolls to cast your votes!

To vote for your FUT 21 TOTY Goalkeeper, click here!

To vote for your 4 FUT 21 TOTY Defenders, click here!

To vote for your 3 FUT 21 TOTY Midfielders, click here!

To vote for your 3 FUT 21 TOTY Attackers, click here!

Please note that this is not an official EA partnered vote, we’ll be expecting the official vote to be released over the coming weeks, with communication coming through official EA channels.

Read More: FIFA 21 TOTY Packs: Tips On Saving Packs, When To Start And on How To Get Them For Cheap

While it's too early to tell what will happen, you may see a severe drop in the pricing of players within the FUT market.

This is due to players offloading their players in an attempt to round up coins for these cards.

It's also going to be partly due to the way EA tends to distribute these cards into packs.

Usually, EA will promote this event for at least a week, distributing each section of the team (goalkeepers/defence, midfield and attack) separately over a few days each.

They'll finally distribute them all at the same time into packs towards the end.

This obviously promotes a huge drive to pack spending and will create a lot of coins on the market, but only being distributed to specific cards.

Despite being just a week-long promo, we can expect a lot of top-level content throughout the week of TOTY This will include:

Last year, we saw the release of multiple TOTY Themed Objectives throughout the promotion, including a Player Moments Ziyech, a Flashback Andres Iniesta and a loan version of the 99 rated Cristiano Ronaldo, who was voted as the 12th man in TOTY by the community.

With Icon SBCs being back for FUT 21, expect some big releases throughout the course of TOTY to allow people to submit some of their higher-end pack pulls.

Perhaps one of the most requested areas of the promotion is good to upgrade packs for people to throw millions of coins at. Last year we had League specific 25k Player Packs, as well as repeatable 83+ packs. These will allow players to have a shot at the TOTY cards, and are great fun to sit and grind!

Also expect to see other challenge SBCs released throughout the event with other types of pack rewards.

Being one of the biggest promos of the year, it’d be daft for EA to miss out on FIFA Point sales. Expect tonnes of promo packs to be released throughout the event, including lightning rounds most evenings for 50k, 100k and 125k packs.