Master The Pines with our map guide

The first season of post-launch content for Call of Duty: Black Ops Cold War is now live across all platforms.

Said to be the largest drop of free content in the history of the Call of Duty franchise, Season One has bought in brand-new additions to the weapon arsenal, new Operators, new game modes and more.

With the start of a new season, players have come to expect the release of new multiplayer maps and for Black Ops Cold War, it’s no different.

The launch of Season One has seen the introduction of a brand-new multiplayer map to the pool. The Pines is an abandoned shopping mall located in New Jersey. Full of bright colours and reminiscent of Black Ops 2 map Plaza, this map is a real return to form for Treyarch.

In this guide, find everything you need to know about The Pines, including objective locations, ket hotspots and some handy tips to help you secure the win. 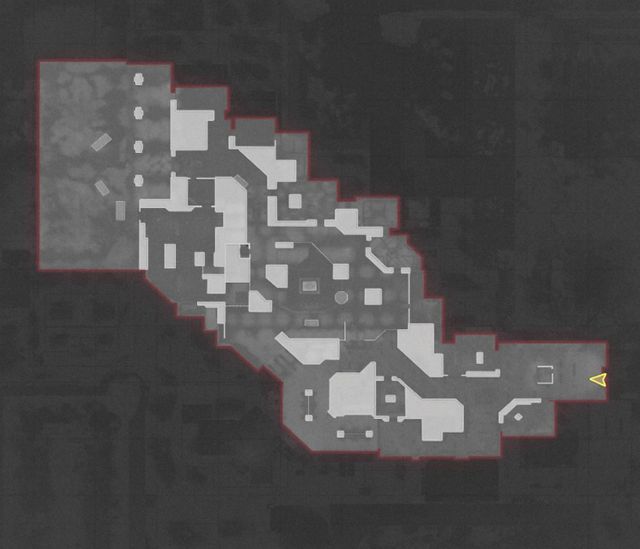 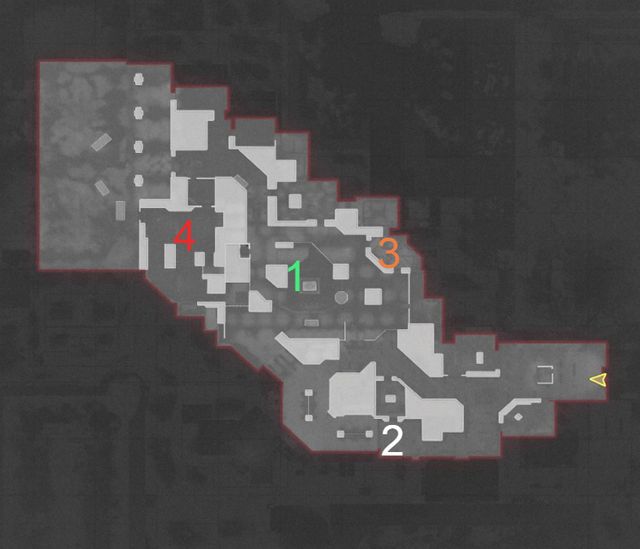 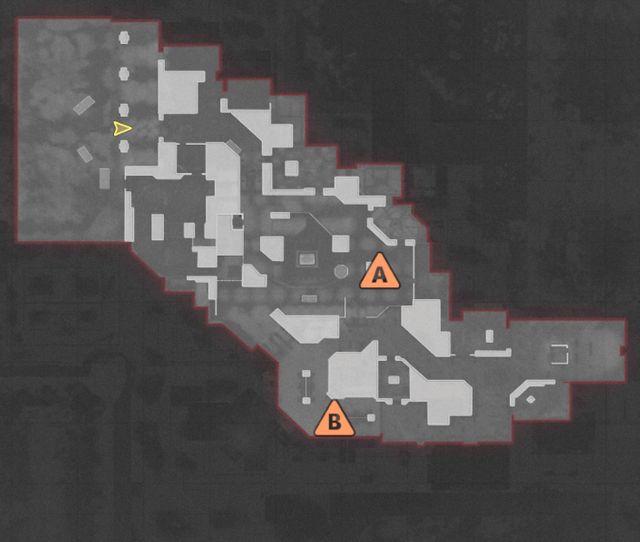 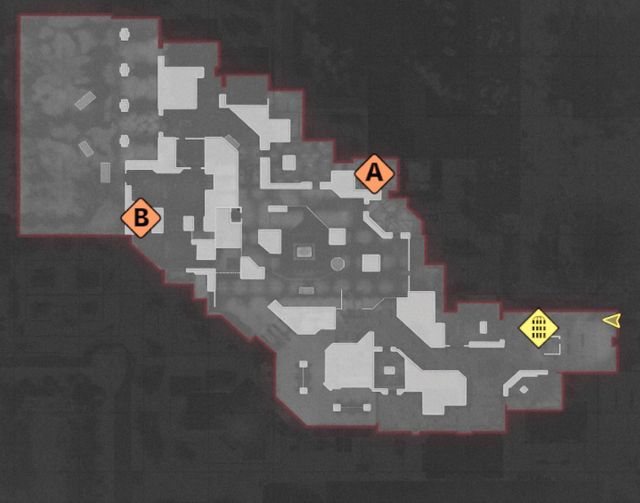 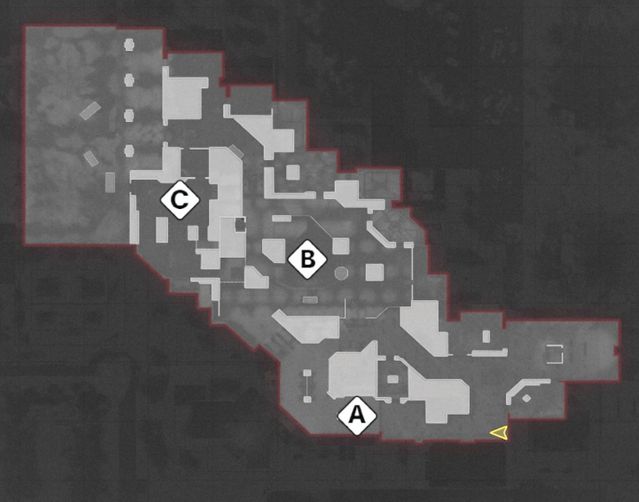 The fountain is the largest open space on the map.

With several different ways to approach this particular area of the map, it is a hotbed for plenty of action to take place.

It is a difficult area to control but with some well-placed trophy systems and smoke grenades, it is possible to push the opposition back into their own half. 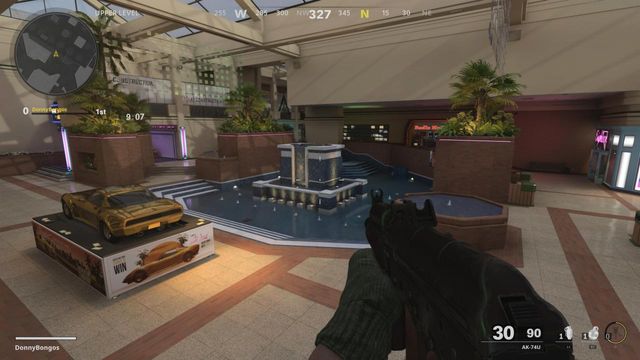 At the top of the staircase that can be accessed from the arcade is the construction site.

It is one of the smallest areas of the map but offers a clear line of sight to the food court escalators where players are often found channelling towards the centre of the map.

When in control of this area, it is essential to keep an eye on the elevator shaft. It’s a quick way to move from the ground floor into the construction sight and can be used to sneak up behind an opponent focused on the escalators. 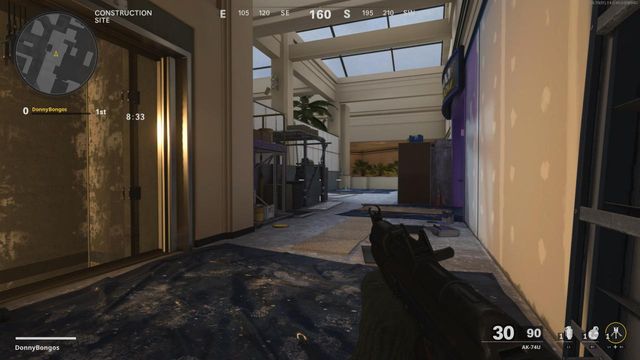 While plenty of players pay attention to the escalators from the construction site, the food court is another area of the map that plays host to a wealth of action.

This small L-shaped section of the map lends itself to hectic, close-quarters action as players attempt to make audacious flanks in order to make some sort of play.

To succeed in this area of the map, pull out a Hauer 77 shotgun to swiftly dispatch of any enemies that get too close for comfort. 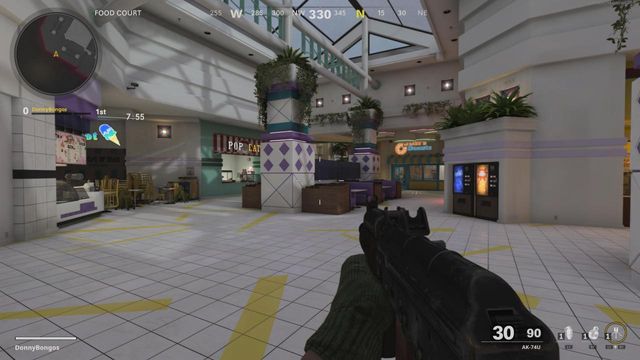 Rather than trying to sneak in and out of some of the shops and the arcade, it is much more effective to have an impact by going loud and getting into the action.

At the beginning of a match, head straight towards the fountain with a focus on the upper floor and pick off any resistance laying down fire onto anyone attempting to advance further than the fountain.

This tactic is rather unorthodox but considering the elements of verticality around the map, it can prove to be very effective.

Equip the Stoner 63 LMG and head towards the top of the middle escalator overlooking the middle of the map. Use the small wall on either side and lay down an unrelenting wave of fire on those trying to make their way to the first floor of the mall.

The Stoner is arguably one of the most underrated weapons in Black Ops Cold War. With the right set of attachments, recoil is minimal and firepower is unmatched in almost every scenario.

After a bit of time experimenting with various weapons, we recommend using these weapons on The Pines: