Skins worth Marvelling at

It looks like the next batch of Marvel Skins will be coming out very soon!

And they’ll be forming their own little team-up.

Yes, Black Panther, Captain Marvel and Taskmaster may have been too late for Galactus but the new leaked Marvel Royalty And Warriors pack suggest they’ll be showing up in Chapter 2 Season 5!

Here’s what we know so far.

If you want to check out the pages for the specific skins you can find those here:

The contents of the pack have been decrypted, and here they are courtesy of Twitter! 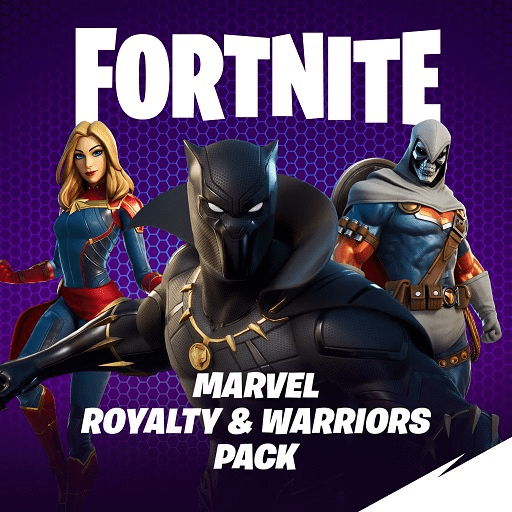 The pack image for Marvel Royalty and Warriors!

This tweet has confirmed that not only are the skins releasing, but they are arriving as a single Marvel Royalty And Warriors pack.

We don’t have a confirmation yet, but given how many of their files are already coded into the game we feel they must be only weeks away, if not sooner.

We predict the pack coming out before 2021, but we’ll be sure to update you when we have more than just our own guesses!

Right now no price has been confirmed but we’d guess around the $15-20 mark.

Either in price or equivalent in VBucks.

And in fairness, you’ll be getting quite a bit of stuff for that, 3 skins, backbling and 2 gliders!

When we have an official price we will let you know.