The inaugural season of Black Ops Cold War is coming this week.

Season 1 is bringing the long-awaited integration between Warzone and Cold War, so it is safe to say players are excited.

Now, we can take a look at some of the key highlights from the Battle Pass.

Call of Duty has posted an official overview of all of the rewards coming with the release of the Season 1 Battle Pass.

This blog post can be viewed here for further reference.

Basically, there is a ton of rewards within the Battle Pass for players to unlock.

Here are some of the key notes:

Starting off at Tier 0 players will unlock the brand new Operator, Stich.

New Operator – Stitch: The infamous one-eyed Gulag escapee is unlocked at Tier 0. With this unlock comes his “Redacted” skin, the signature armor he stepped out of the shadows with to greet Adler as the CIA agent fell into his nefarious trap.

This instant unlock also comes with the “Release Agent” Operator Mission, a set of objectives based in Multiplayer that rewards two skins - "Storm Diver" and "Spectre" – as well as a Calling Card, an Emblem., and plenty of XP to help set you on the path to reaching Prestige Master.

As well, it appears we will also unlock some styles for the Adler skin, and some new watches!

The in-game currency players can use to purchase the Battle Pass and cosmetic items within the shop.

Over the course of the Season 1 Battle Pass, players will be able to earn up to 1300 COD Points! More than enough to buy next seasons Battle Pass.

It has now been confirmed that new weapons will also be a key part of the Season 1 Battle Pass.

The MAC 10 SMG and the Groza Assault Rifle will be coming with the release of Season 1 and will be unlockable via the Battle Pass.

Mac-10 SMG (Tier 15): This compact, blowback operated submachine gun may be small in stature, but its ability to throw out lead at high fire rates allows it to punch up to the heavyweights.

Groza Assault Rifle (Tier 31): Chambered in 7.62, the Groza is a prototypical Soviet bullpup assault rifle known for its great handling speeds, allowing its owner to quickly aim down sights in the heat of battle. 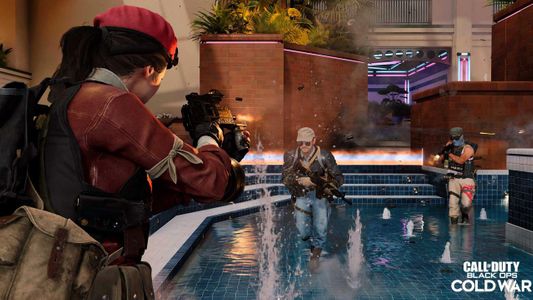 There is also going to some wicked blueprints for your weapons within the Battle Pass!

“Arid Constrictor” Assault Rifle Blueprint (FREE Tier 81): Built on the fastest-firing assault rifle in the game, the Arid Constrictor features a desert snake design wrapped around a collection of attachments that improve the weapon’s speed and accuracy statistics significantly.

“Constable” Tactical Rifle (Tier 85): You may never love another after taking this Blueprint out for a spin. The included Axial Arms 3x Scope is a perfect match for the four other attachments that maximize the weapon’s accuracy.

“Gallantry” SMG (Tier 95): The first Blueprint for the new SMG, the Gallantry buffs this highly mobile weapon across the board in a gold-trimmed style with its five attachments.

Some amazing skins are also going to be unlockable during the Season; and we know players will be fully decked out in these new Operator skins!

“Base Jumper” Adler Skin (FREE Tier 90): The “Base Jumper” skin is perfect for cold weather conditions, along with the “Stalker” and “Glitz” snowsuit skins unlocked through the included Operator Mission.

At the conclusion of the Battle Pass, players will be able to unlock some new skins, blueprints and Operator missions for Sitch.

“Prisoner” Stitch Skin and Operator Mission: The orange jumpsuit Stitch wore as he plotted his escape from the Gulag is all yours at Tier 100.

“Natural Order” Assault Rifle Blueprint: This Legendary Blueprint for the new assault rifle is ready to lay down the law in the hands of an agile Operator.

“Assault” Vehicle Skins: A pair of black-and-white camouflage vehicle skins with red trim are included at this tier.

Be sure to let us know if you are excited for Season 1 of Black Ops Cold War!