Jose Gaya has received an SBC in FIFA 21's Ultimate Team as part of the FUT Freeze Promo!

The left-back has been converted to a striker and a good one at that!

The SBC went live on the 14th December at 6pm GMT. 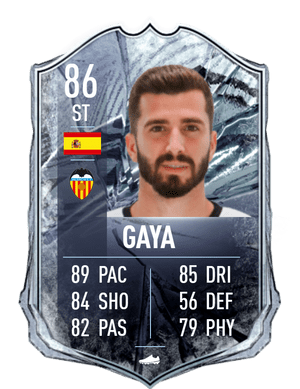 To get this Freeze card you will need to submit one squad:

With the chemistry requirements fairly high, you'll need to work with one league for the most part.

As you'll need one La Liga player, it's probably best to work with this. But, you can easily use Serie A and get a La Liga in-form.

So is it worth it? It's a very strange card...converting a left-back to a striker is an odd choice.

But it is a very good card and pretty cheap too. There aren't a lot of great strikers in La Liga and if you need one you may consider picking Gaya up.

I'd probably say he's better suited to play as a winger or an attacking midfielder if you put a Catalyst card on him.0.