In Team17's Monster Sanctuary, you are a monster keeper, tasked with protecting the land from all things ‘monstrous’ by recruiting critters of your own.

While on paper that suggests that this game has been heavily influenced by a certain monster-catching title at first glance, something that undoubtedly drew me to it, those comparisons are short-lived.

That's because it's an amalgamation of Metroidvania gameplay and Pokemon-style monster catching, and while that sounds like a bizarre mix, the real surprise is that it works very well. 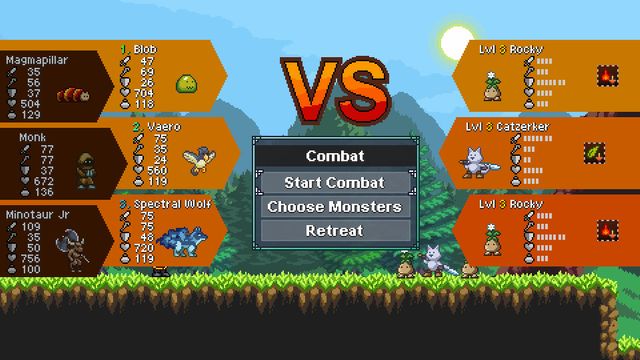 Running through pixellated 2D areas, the game leans on the exploration of Metroidvania titles just as much as with combat.

Players need to hunt down the right creatures to capture, before using them to open up previously inaccessible areas. This is done via battles with monsters and collecting eggs they drop. Sure, it's not exactly RSPCA approved, but it does mean there's almost some reason to switch out your current party and experiment with something new.

On the other hand, platforming is never too taxing but does offer a nice change of pace.

The map in the top right corner of the screen is useful for referring to when noting where you have been/haven’t been with the warping system allowing for players to quickly access areas they have previously been to, and both of those are a godsend given many locales look a little too identikit to distinguish between them.

The game's UI also makes maintaining your small army of monsters a cinch – something we'd argue even Pokemon could learn from. 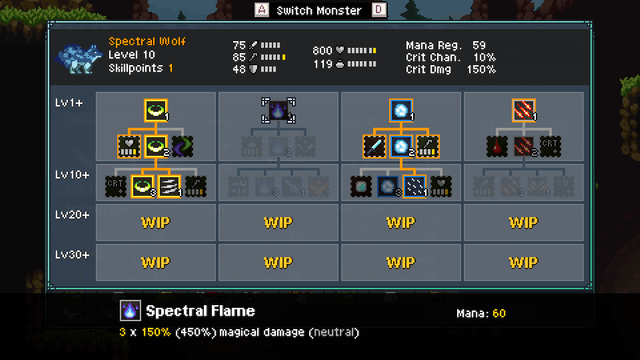 Each creature is impressively customisable

Where the Charmanders and Squirtles of the world level in a fairly linear way harnessing the powers to deliver bigger blows to their enemies, Monster Sanctuary offers more granularity over levelling your monsters.

Similar to many modern-day RPGs you can choose to invest in the skills you think your monster will need building out into a variety of builds to suit specific circumstances. Need a monster focused on support? Tailor your creature to heal your melee and attack-minded beasts.

In truth, leaning into damage-focused builds seems to be the way to go. I largely opted to go for the all-out bruiser approach - and met very little opposition for a fair while. I found I didn’t need to think too tactically as I had already stomped on all the ‘lower level’ monsters to rank my dream team up to a reasonably unstoppable level.

Boss battles offer a vastly increased challenge, but they can also last a fair while, putting a premium on preparation. 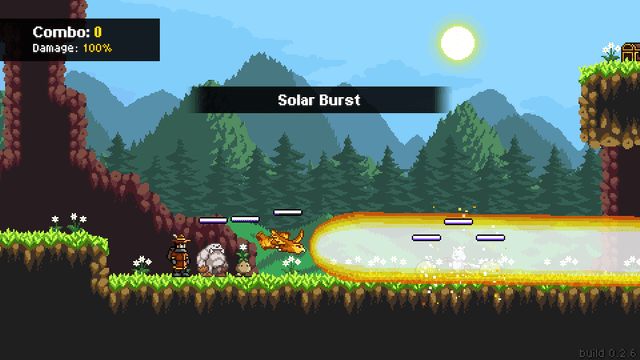 While I played the game on my newly acquired PS5, it does feel made for the Nintendo Switch.

It's the kind of title that feels ideal for pouring hours into on these cold winter nights, especially with a festive movie on in the background – and will easily get players through any long visits to a relative's house.

At the lowly price of £15.99, Monster Sanctuary is a great price and in my eyes, worth the money if you are into taming monsters or punching through walls to explore the cave on the other side.

With over 100 monsters that can be evolved and tweaked and multiplayer battles to enjoy, Monster Sanctuary may just surprise you.

Review copy provided by the publisher
Reviewed on PS5