Leon Bailey has received an SBC in FIFA 21's Ultimate Team as part of the FUT Freeze Promo!

The left-winger has been given a position shift, turning him into a right-winger.

The SBC went live on the 13th December at 6pm GMT. 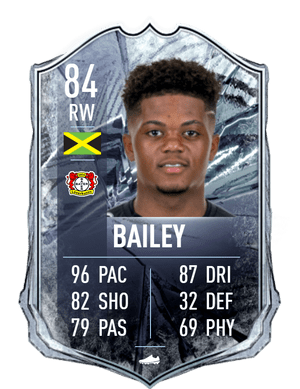 To get this Freeze card you will need to submit one squad:

With the chemistry requirements relatively low, you can be less careful about what players you need to use and focus on the rating.

Use a mixture of high rated Premier League and Bundesliga players and complement it with a few 83 and 84 players.

So is it worth it? There's not a lot of good right-wingers in the game and few in the Bundesliga.