Check below to see our guide on how to take on Regirock, as well as when it will be available to fight in Pokemon Go. 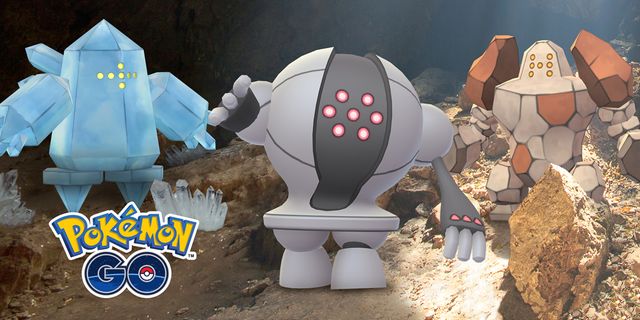 First up, if you want to know Regirock’s Raid counters in Pokemon Go, you need to know what moves the Rock Peak Pokemon can hit you with.

Not great coverage from Regirock here. A very poor moveset overall, so you're in luck when taking it on in Legendary raids!

Zap Cannon will help against Water types, and Focus Blast against Steel types, but take a Fighting and Grass-type and you should be sorted!

Mega Venasaur is one of the best Grass type pokemon in the game. And as said above, Regirock has no way to counter it.

A powerhouse with defense, and a great type matchup to boot we strongly recommend you use this Kanto starter’s final form!

If Regirock knows Zap Cannon, then Mega Venasaur is going to be the better Raid Counter, but Mega Blastoise can still deal some major damage of its own!

If this Pokemon can survive the hits, it’s sure to deal back a massive punch all of its own!

This powerhouse of a pokemon can deal some major Steel damage to Regirock. It’s also likely that you have one of these ‘mons as Metagross has been featured frequently in the past.

And it’s a common misconception that Electric is super effective against Steel, it isn’t, so thanks to Metagross’ Steel/Psychic typing Regirock has no super-effective moves against this guy!

Swampert is a Water/Ground-type, making it a perfect choice for a Raid Counter as Regirock will have no super-effective moves against it. Swampert on the other hand will have quite the movepool at its disposal!

Kyogre, Dialga and Palkia are three powerful Legendaries you may want to think about. Kyogre is by far the most useful of the three, but against a Regirock’s Zap Cannon this ‘mon may be countered itself.

The Dragon typing of Palkia should protect it somewhat, and Dialga and Palkia can return with powerful Steel and Water attacks respectively!

Finally, Machamp and Conkeldurr make for some good last additions. Their powerful Fighting-type moves are sure to do massive damage against Regirock, so these ‘mons should fill out the last few slots in your Regirock Raid team!