Here's everything we know about the first Zombies DLC

When Call of Duty: Black Ops Cold War released on November 13th, it marked a new era for the popular zombies survival mode.

Zombies had been absent from the Call of Duty franchise since the release of the 2019 reboot of Modern Warfare and its return to the franchise has been met with widespread positivity for those wanting their fix of slaying endless waves of the undead.

Players jumped straight into Die Maschine at launch, uncovering a variety of clues to gain additional context to the mysterious Dr. Vogel and his experiments that took place during World War 2.

The main Easter Egg and all the pieces of intel were discovered quickly, leaving fans wanting more and the next chapter of the story. A second map will not be arriving as part of Season One, but more and more clues surrounding the next part of the story continue to emerge.

Here’s everything we know about the first piece of zombies DLC.

Treyarch has posted a new blog post with all sorts of content surrounding details around 115 day and the new Firbase Z map.

You can check it out here or down below:

As we may have not-so-subtly hinted on New Year’s Eve, we’re bringing a seventh Perk to Black Ops Cold War Zombies alongside the launch of “Firebase Z”: Tombstone Soda.

Unlike its first incarnation in Black Ops II, the new-and-improved Tombstone Soda will now transform the player into a shadow within the Dark Aether after being downed. In this shadow form, you’ll be equipped with weapons to help give you a fighting chance to revive yourself. However, if your health is reduced to zero while in shadow form, you’re dead.

With the destruction of the “Projekt Endstation” anomaly site in their wake, Grigori Weaver and the agents of Requiem turn their attention to a far greater threat: a new Dark Aether outbreak site in Southeast Asia.

Dimensional breaches continue to open around the world. As both Omega and Requiem work in the shadows to ensure the secrecy of their discoveries, the greater public remains blissfully unaware of this deadly new arms race between East and West.

As the two sides continue to study the Dark Aether dimension and the Aetherium Crystals found within, each strives for an advantage over the other in the ongoing Cold War. The bad news? Requiem has fallen behind.

Treyarch has confirmed that Firebase Z will be releasing on February 4th during the second half of Season One.

The map was rumoured to be releasing as part of Season Two, but the Black Ops Zombies developer surprised the community with an announcement on the day before 115 day. 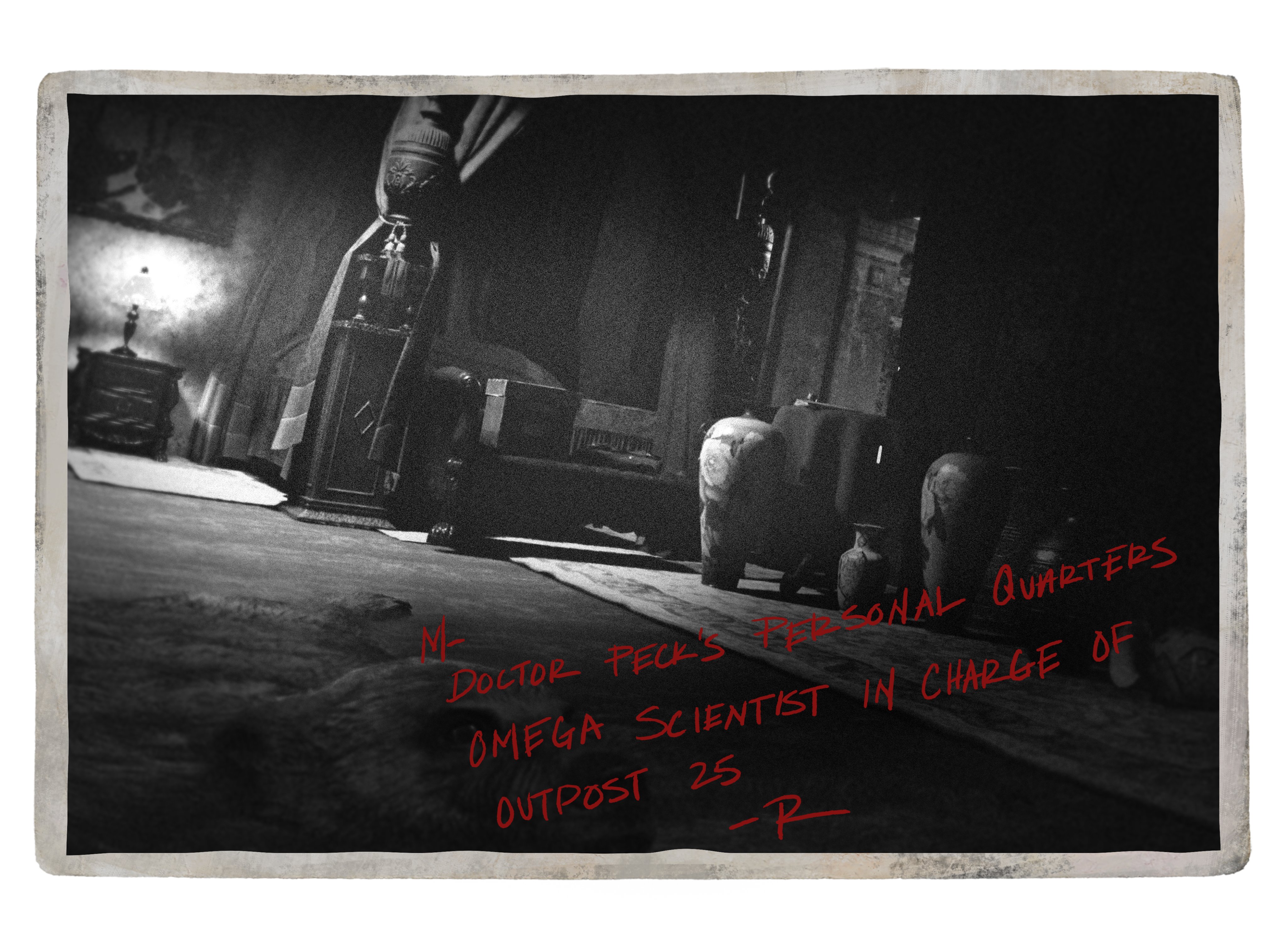 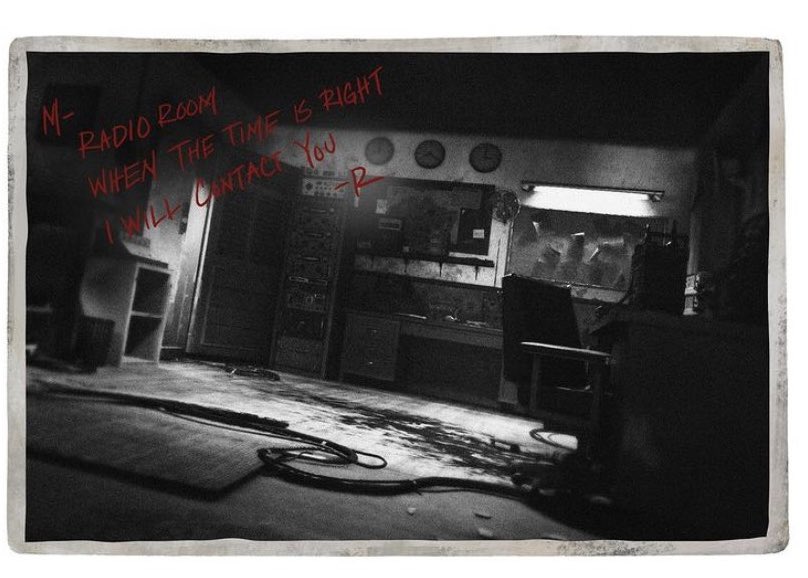 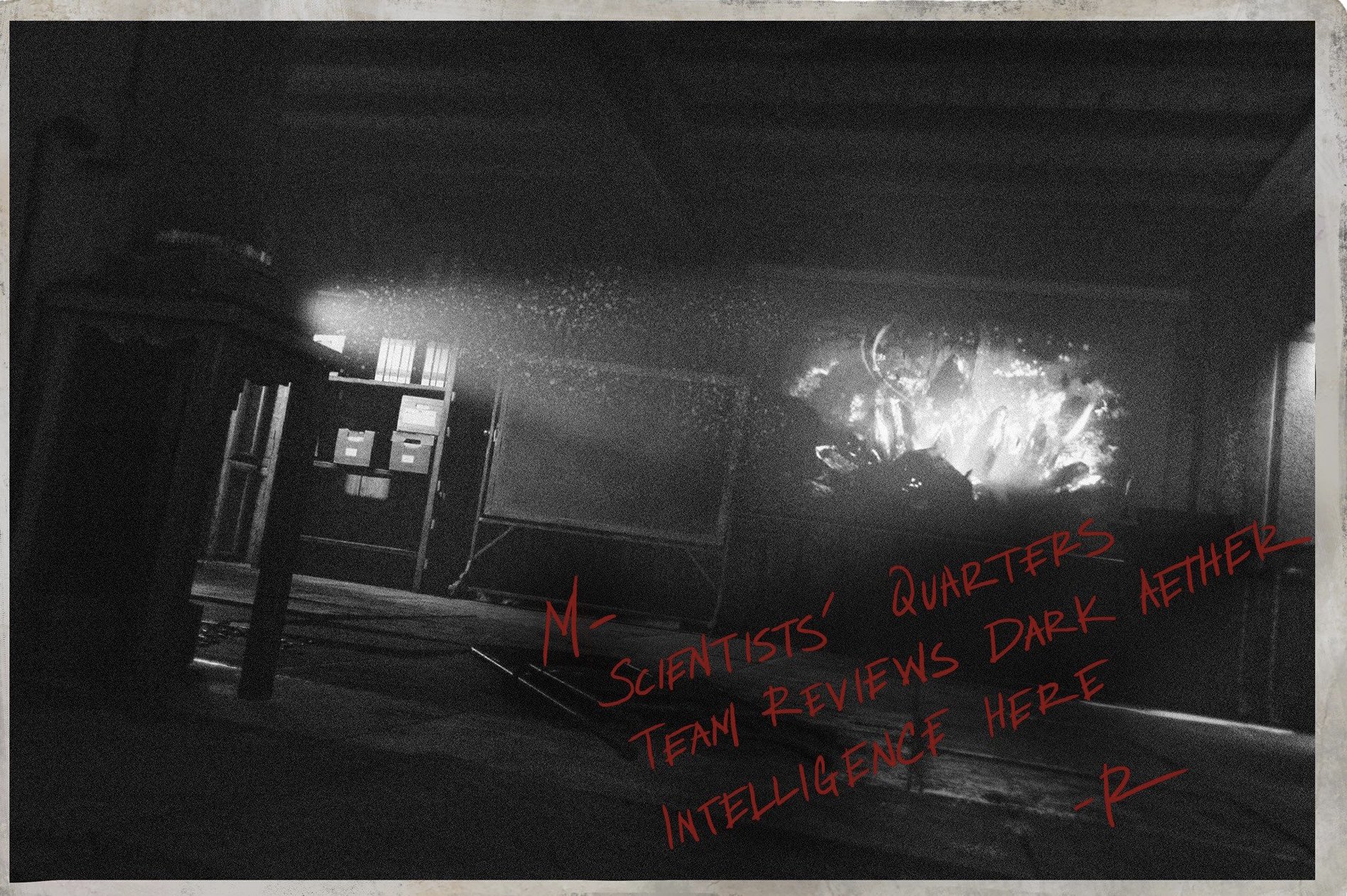 Treyarch has tweeted a teaser of the next Zombies map coming to Black Ops Cold War.

"Projekt Endstation was only the beginning." 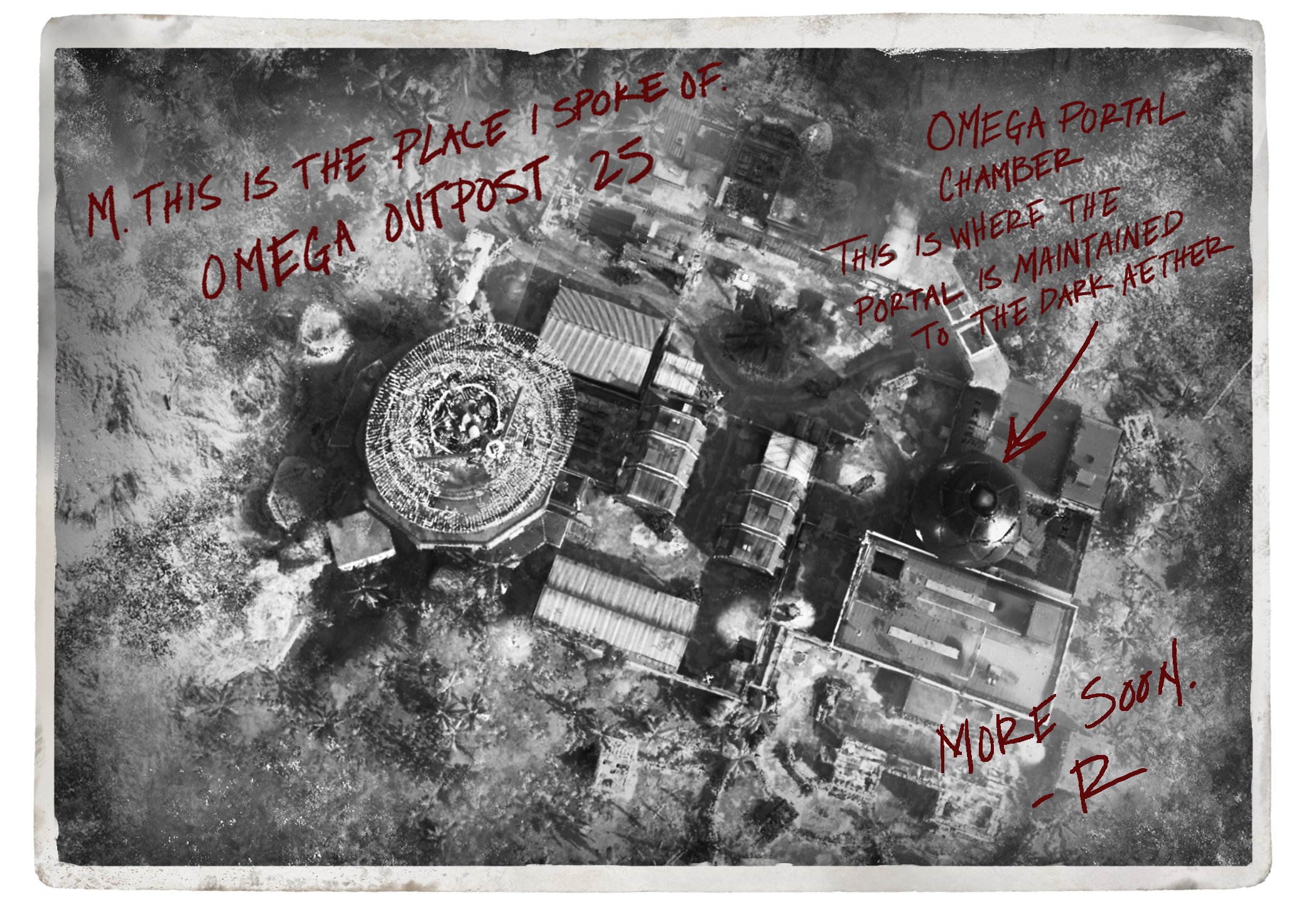 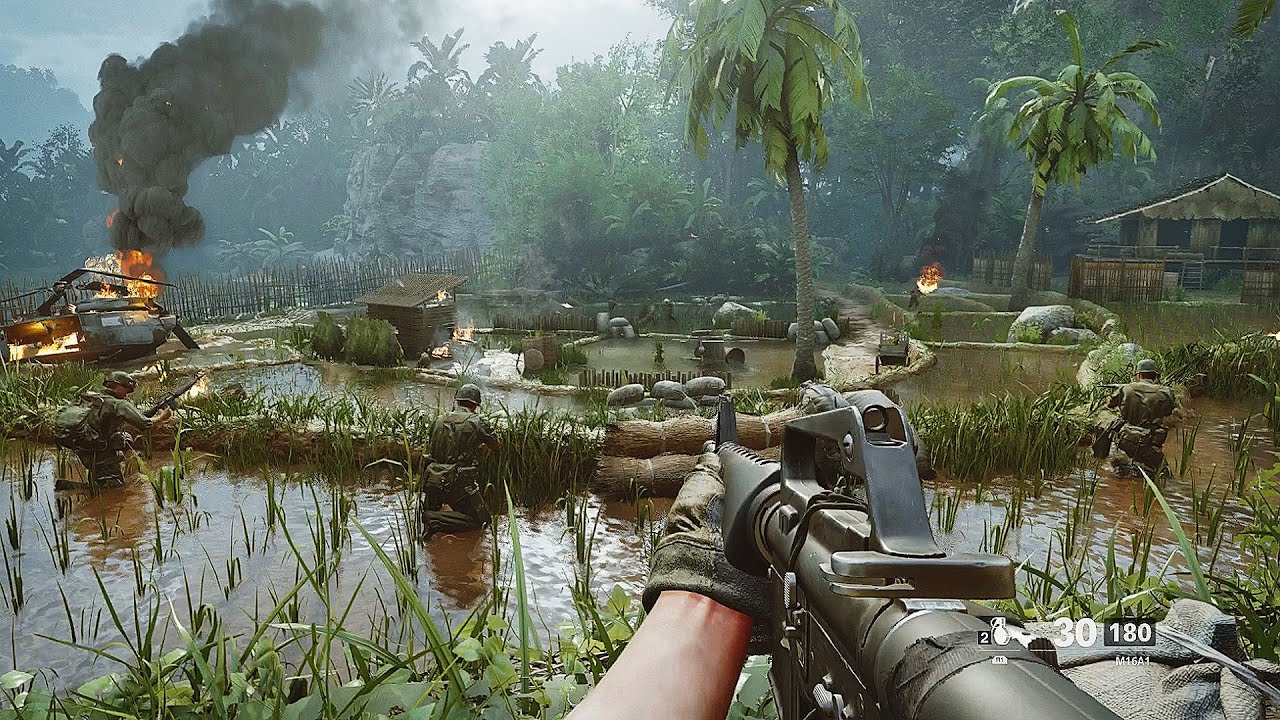 Treyarch has confirmed that Firebase Z will be releasing on February 4th during the second half of Season One.

The map was rumoured to be releasing as part of Season Two, but the Black Ops Zombies developer surprised the community with an announcement on the day before 115 day.

Within the intel for the next operation, TGR uncovers that the Omega facility built in Vietnam was completed on February 15th, suggesting that this will be the release date for the new map.

This is the likely release date for the new map as the date mentioned above is three months after the events that took place on Die Maschine on November 13th 1983. It’s worth mentioning that November 13th was the worldwide release date of Black Ops Cold War which suggests that the in-game dates are in-line with the real-world dates.

This news does mean that there will not be a new zombies map launching during Season One which gets underway on December 16th.

At the end of November, we reported on new pieces of intel that had been leaked online. The intel has been found within Black Ops Cold War, seemingly confirming that the next chapter of the story will take place in Vietnam.

Players have also discovered a new piece of audio intel from Samantha Maxis.

The clip contains a range of background of information regarding Weaver, the CIA and more.

Towards the end of the clip, she mentions that she is on the way to meet a contact in Southeast Asia. It is more than likely that Samantha Maxis is heading to the Khe Sanh military base that was mentioned in the other pieces of intel. Who she is meeting still remains a mystery…

No gameplay has surfaced online as of yet but it is likely that players will be eliminating zombies within the Vietnamese jungle along with the Omega facility.

TGR also mentions that there could be monkeys acting in a similar way to the Plague Hounds on Die Maschine to suit the setting of the map.

After several weeks of rumours, Treyarch has confirmed that the name of the first DLC map will be Firebase Z.

Set in Vietnam, the outpost will play host to the second chapter of the Dark Aether storyline.

It wouldn’t be a proper zombies experience without some form of Easter Eggs being hidden within the confines of the new map.

No clues surrounding what the next main Easter Egg have been found within the discovered intel, but as Season One progresses, this could well change as we head closer to the rumoured February release date.