With Cyberpunk 2077 now in the hands of masses, players are discovering all sorts of quirky and cool things.

Easter Eggs are in almost every game and this one is no exception.

One of those hidden treasures is a reference to a classic game that, arguably, Cyberpunk is trying to emulate.

Read More: Cyberpunk 2077: All Easter Eggs Within The Game

u/Spacer1997 has discovered a reference to the legendary meme that rose out of one of the missions in GTA San Andreas.

Specifically, CJ and that conversation during the Train mission.

Due to the frustrating difficulty of the mission, the quote is often referenced online by fans of the Grand Theft Auto.

Cyberpunk has paid its respect to this hilarious meme in its game.

Not only that, it directly references the characters as well (JC being CJ and Little Smoke being Big Smoke). 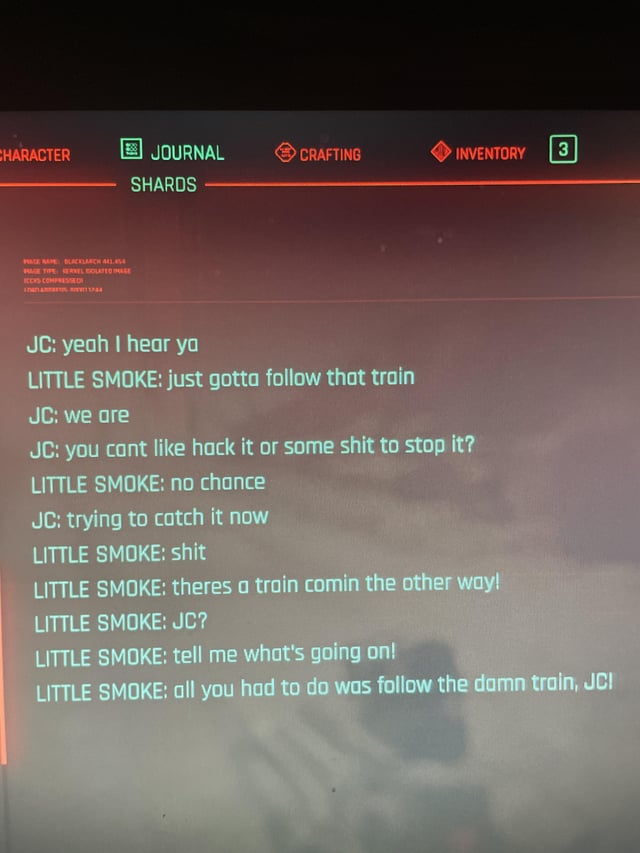 To find this shard, you'll need to go outside of Rivers Trailer Park, on the train tracks, heading east, just before the tunnel.