New game modes on the way

The first season of post-launch content for Call of Duty: Black Ops Cold War and Call of Duty: Warzone is finally here after a short delay.

Said to be the largest drop of free post-launch content in the history of the Call of Duty franchise, Season One will bring a wealth of brand-new content to multiplayer, the battle royale, and to zombies.

For multiplayer, the start of a new season means brand-new maps, new weaponry to unlock, and brand-new game modes to play.

Season One is no different. Black Ops Cold War developer Treyarch has revealed that there will be a total of three multiplayer modes arriving over the course of the season.

Here’s everything you need to know about the modes. 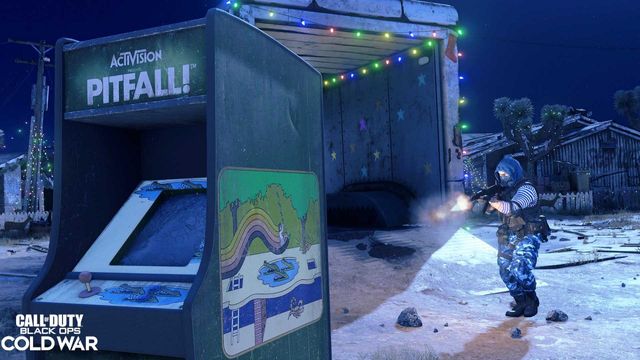 Prop Hunt is back in Call of Duty

After data miners uncovered assets relating to the potential return of Prop Hunt, its return has been officially confirmed!

The hilarious mode which sees a team of hunters attempting to flush out a team of players that have disguised themselves as a variety of objects is returning to Call of Duty for the first time since it was included in Black Ops 4.

The party mode has proved popular over a number of titles thanks to its sheer simplicity and the funny moments that often occur during a match. The objective of Prop Hunt is simple, either avoid detection from the hunters until the time runs out or eliminate all the props to win the round. The first team to secure three round wins is declared the victor. Dropkick is brand-new for Season One

Dropkick is a brand-new mode that has never featured in a previous Call of Duty title. Utilising the theme of the Cold War to its advantage, two teams of six battle it out to take control of a briefcase that contains a code to detonate a nuclear device.

The briefcase carrier is only equipped with a pistol, meaning teamwork is essential if you are to walk away with the victory. If your squad is wiped while in possession of the briefcase, you will not respawn until the carrier has been eliminated by the other team.

Teams earn points by maintaining control of the briefcase and once a team has hit the score limit, they can order a nuclear strike to bring an explosive ending to the round. The first team to reach 200 points is the winner.

The popular 6v6 game mode doubles in size as Hardpoint becomes the latest mode to join the Combined Arms playlist. Two teams of 12 now do battle for a specific point of the map in order to score points.

With an increased player count, expect the action to be even more frantic than standard Hardpoint. The team that reaches the required number of score first is the winner.