Everything you need to know about League of Legends spinoff, Ruined King.

Players will control an unlikely group of League of Legends champions, exploring the bustling city of Bilgewater and the mysterious Shadow Isles.

Keen to know more? Here's everything we know about the latest title from Riot Games. 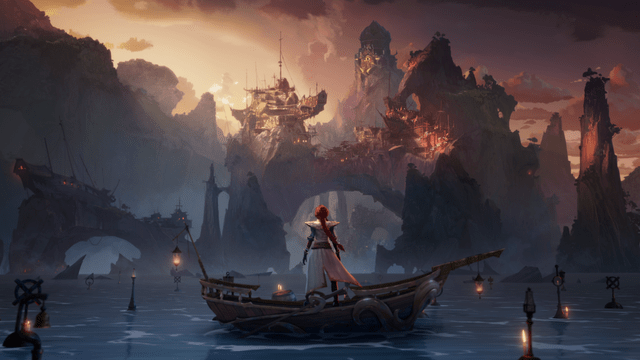 Ruined King: A League Of Legends Story - What is It?

Rise against ruin and experience the League of Legends universe like never before!

The first indie game from Riot Forge, Ruined King: A League of Legends Story will offer players a new way to experience the League of Legends universe. As a single-player, turn-based RPG, players will be able to dive deeper into the world of Runeterra, and uncover the mysteries of Bilgewater and the Shadow Isles.

Explore the World of Runeterra

Players will be able to explore the world, navigating through the twisted streets of Bilgewater and uncovering the mysterious dungeons of the Shadow Isles. As players make their way through various locations, they will encounter various secrets, traps and puzzles, as well as new enemies and monsters that will be roaming around the environment.

Players can interact with their environment, whether it's chatting with friendly NPCs or initiating combat with enemies. Each Champion will have two Dungeon Skills they can use in the dungeons to initiate combat, interact with creatures or the environment while exploring.  Some puzzles or secrets can only be solved with specific champions, like breaking weak walls with
Braum's shield or revealing stealth enemies with Ahri's Orb. 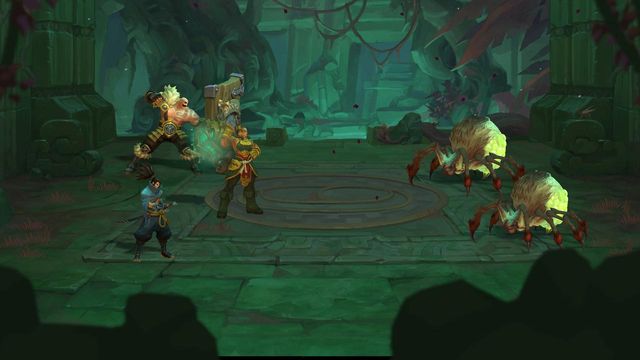 Ruined King introduces a new spin on the indie RPG genre, especially with combat. While the champions may be familiar, players will get to see this unlikely team fight in a new style of combat outside of the Summoner’s Rift.

Ruined King uses a turn-based, lane initiative combat system. Champions will take turns casting lane, instant, and ultimate abilities. Champions will also have the ability to use items, as well as passive abilities during combat. The system includes a health, mana, an overcharge bar, and a turn order list.

Champions will have roles that are similar to traditional roles seen in RPGs, while also having abilities that are very unique to Ruined King. There are a number of ways players can mix and match champions to create synergies in combat. Through the Runes and Ability Upgrades, players can customize a champion further to shift their roles and capabilities to synergize better with your other active champions 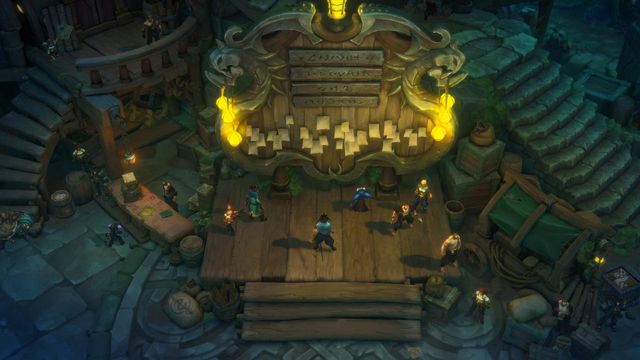 Ruined King will include a large roster of items ranging from potions to weapons to ensure players can fight in style. There will be a wide variety of weapons and armor such as swords, pistols and Warmog's armor that can be equipped to champions that will change their stats. Each champion can equip a Weapon, Armor, and up to three accessories. Weapons will have unique visuals that will be visible in combat as well as when champions are exploring the environment. Items can be customized and crafted through Accessories, Enchanting, Alchemy and Cooking.

In Ruined King players will find various activities throughout the game that can lead to bountiful rewards or uncover new lore. 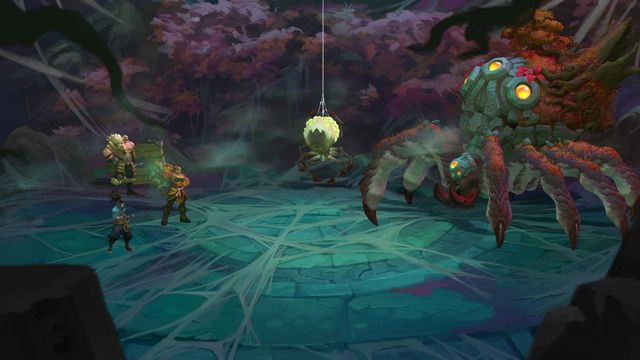 So far Riot Games have not confirmed a release date for Ruined King: A League Of Legends Story. They have however confirmed a vague release window of 2021.

It was also confirmed that Ruined King: A League Of Legends Story is coming to consoles and PC.

The developers also stated (via press release) that they can’t wait to share more details with players in 2021, but what quarter we can expect to see the game launch is not clear.