Everything We Know About Elden Ring.

Elden Ring is FromSoftware's next big action RPG. In typical fashion, we can expect to see another gothic grim-dark adventure that fans of Dark Souls and Bloodborne will no doubt enjoy.

Game director Hidetaka Miyazaki has already nailed his colours to the mast in saying the game is in the same mould as what we've come to expect by the FromSoft development team.

If that on its own isn't enough to make the hairs on your neck stand up, there's also the tantalising prospect of FromSoftware teaming up with Game of Thrones author, George R.R. Martin.

The developer has been keeping a lot of the game under wraps so details around the game are still pretty sketchy, but we do know a few things about this horrible new world.

So until FromSoftware reveals more closer to release, here's everything we know so far about Elden Ring.

Reddit has uncovered a series of in-progress concept art for the game's E3 announcement trailer, and they make for a fascinating insight into the design process from designer Gabriel Bjork Stierstrom.

Check them out here.

When is Elden Ring's release date?

So far FromSoftware has not confirmed an official release date for Elden Ring, nor have they set a rough release window for the game, so it could arrive anytime.

The Game of Thrones author George R.R. Martin is collaborating with FromSoftware on the game's story, so let's hope for everyone's sake that the game is coming before Martin finishes up The Winds of Winter.

Take a look at the announcement trailer just below. And for those interested, here is voiceover:

"I doubt you could even imagine it. That which commanded the skies, giving life its fullest brilliance. The Elden Ring. Shattered, by someone or something. Don't tell me you don't see it. Look up at the sky. It burns."

It's expected that a new trailer for Elden Ring will be released during The Game Awards 2020, but so far it has yet to be revealed.

What Platform is Elden Ring On?

Elden Ring was originally announced as coming to PS4, Xbox One and PC.

However, it's possible that the longer the game remains in development the more likely that the game is only released on next-gen consoles like PlayStation 5 and Xbox Series X

In an interview with Gamespot, Xbox boss Phil Spencer revealed he's played "quite a bit" of Elden Ring.

Which is certainly promising when it comes to a potential release date.

Here's a quick snippet of what Phil Spencer mentioned during the Gamespot interview:

"I've seen actually quite a bit. I've played quite a bit. As somebody who's played all of Miyazaki's games over at least the last decade, this is clearly the most ambitious game that he's done. I mean, y'know, I love his games, but seeing some of the gameplay mechanics stuff that he's tackling, he and the team are tackling this time, [seeing] the setting, working with another creator in terms of story... I love it. I love seeing him challenging himself, he's a good friend of mine, expanding his horizons, I think it's a good thing." 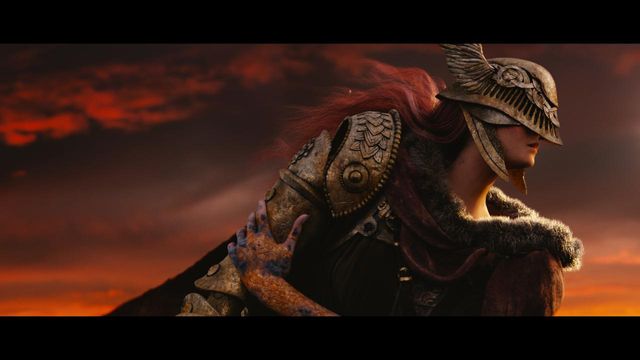 Who is this strange character? (Source: FromSoftware)

So far there's been no Elden Ring gameplay revealed but it goes without saying that it will incorporate a lot of the familiar action RPG elements which FromSoftware fans will be familiar with.

In a past interview, FromSoftware game director Hidetaka Miyazaki did outline that fans can expect to a more heavy focus on RPG elements compared to past outings.

So if you're a fan of the more action-orientated gameplay from Sekiro, you might be disappointed.

One thing you can look forward to though is yet more big boss battles, which Miyazaki confirmed will be returning as the studio simply loves making them:

"Boss fights are something we enjoy making and make up one of the climaxes to this title as well. We feel there is a wide variety of unique and horrifying bosses for players to look forward to."

How Is George R.R. Martin Involved?

Shortly after the game was announced FromSoftware game director Hidetaka Miyazaki gave more insight into how George R.R. Martin was involved with the game.

Essentially, Martin created the game's "overarching mythos", according to Miyazaki.

"This mythos proved to be full of interesting characters and drama along with a plethora of mystical and mysterious elements as well. It was a wonderful source of stimulus for me and the development staff. Elden Ring’s world was constructed using this mythos and stimulus as a base. Even I myself find it hard to contain my excitement from time to time."

So far there's been little to no images, videos or concept art from the game since it was originally unveiled at E3 2019.

As with anything surrounding the game right now, it's hard to take any leaks as legit until FromSoftware comes out and shows us anything about the game.

But given the leaker supposedly has ties to the studio (apparently he's visited the studio before and interviewed game director Hidetaka Miyazaki), it's worth giving it some credit, no matter how many pinches of salt you take.

You can take a look at the leaked concept art, just below. 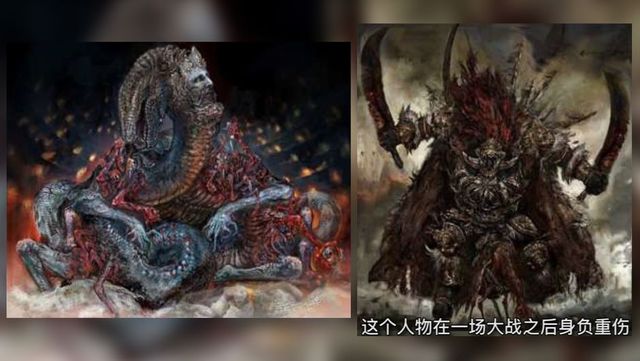