Season 1 of Black Ops Cold War is due to arrive in December - just one month after launch!

After initially being set for a launch on the 10th, it has now been delayed until the 16th of December!

Players cannot wait to jump into the brand new Warzone map, which may be revealed tonight!

With less than week to go until the release of Warzone, Activision has gone ahead and shared some new information.

This time around, we are focused on the new Warzone menu.

Most of us were not expecting many changes to the in-game menus when the integration rolls around next week.

This should not come as a surprise, as the game mode is still the same.

But, with an ample amount of new weapons from Black Ops Cold War and so on.

Activision has gone ahead and shared the details of the new Warzone menus, which has been shared via CharlieINTEL.

One note that will be important to you, is that your weapon progression that has been made during the course of Black Ops Cold War will translate over to Warzone.

Yes, this means all your weapons will be at the same level in Warzone! 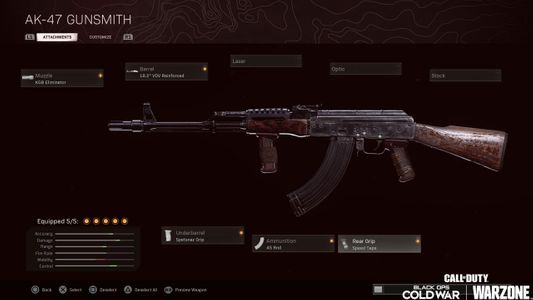 Now, we are going to touch on some of the sub-categories within Warzone that will be integrated with Black Ops Cold War.

One of the primary ones is going to be your Operators.

The skins you wear during a Warzone match will all transfer over, along with the previously added Operators from Warzone.

One of the main features of Season 1 is going to be the intersecting progression between Warzone and multiplayer.

Your current prestige level is going to reset next week, and you will be able to level up once again. 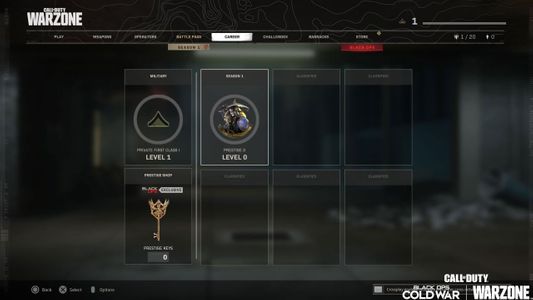 One of the cooler aspects of the upcoming integration is that all your challenges from Warzone will carry over to the in-game menus within Black Ops Cold War!

The player customization area for your Clan Tag and other sorts will also be here.

Be sure to let us know if you are excited for the upcoming release of Warzone and the brand new map!